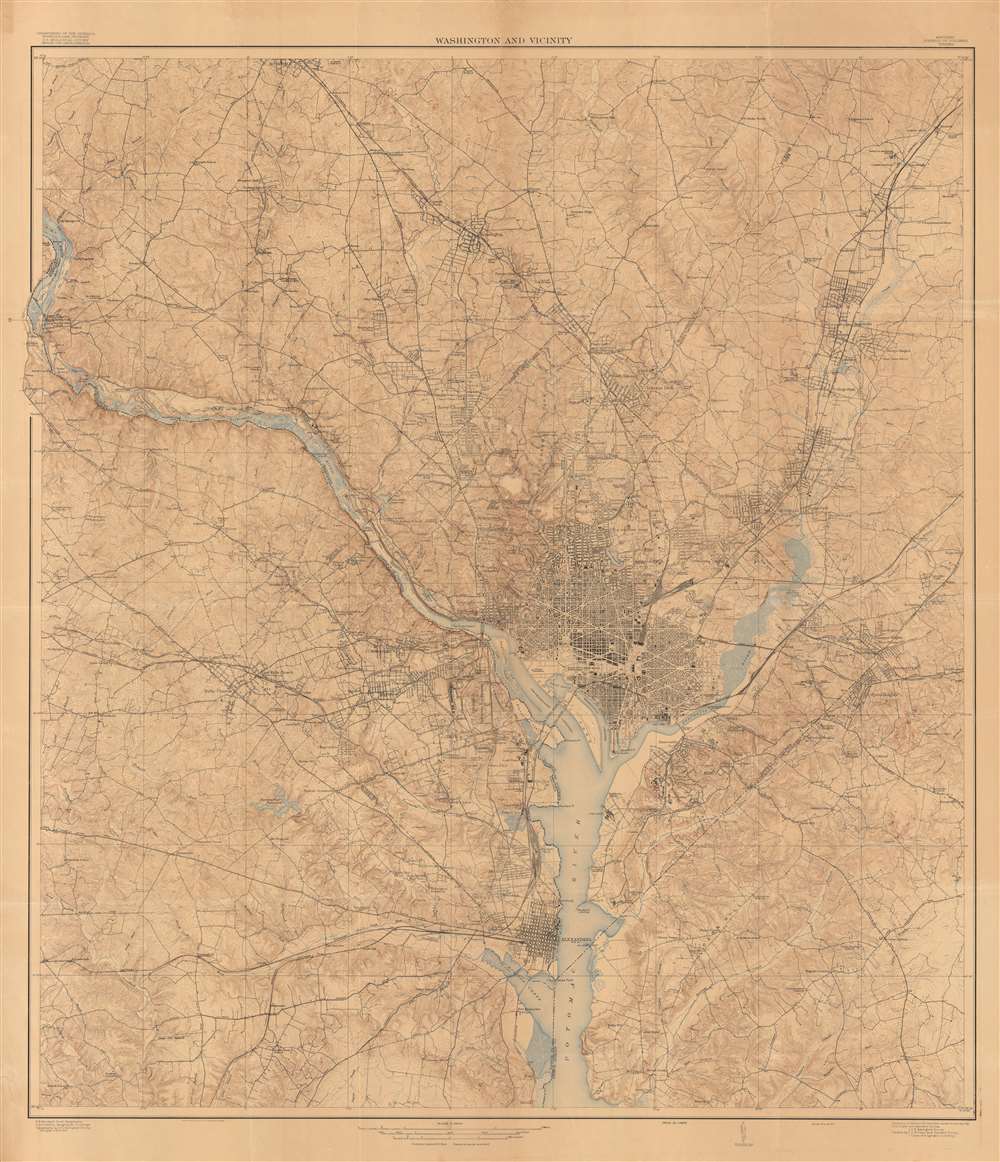 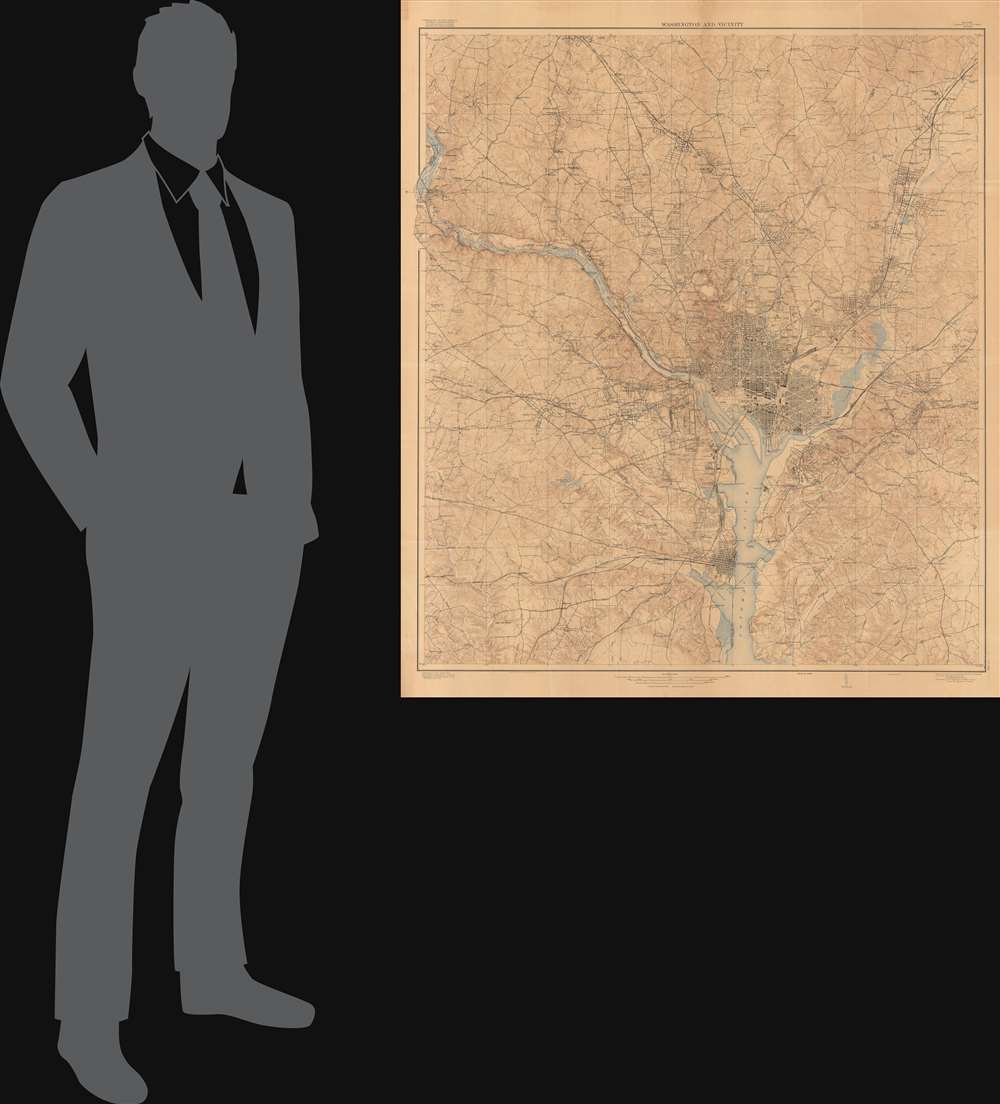 This is a large and intricately detailed 1917 U.S. Geological Survey map of Washington, D.C., and surrounding areas. It depicts the city in the midst of a rapid expansion in the early 20th century, when it benefitted from an increased focus on public services and the growing writ of the federal government, in part due to World War I.

The map highlights topography in particular, meticulously noting the hills surrounding the District to a distance of about 15 miles north of the National Mall and 10 miles to the south. Although no legend is included, major and minor roads, railroads, waterways, administrative boundaries, place names, and even individual homes and buildings are clearly indicated.

This map was made when Washington, D.C. was in the process of transforming into its modern form as a sizable metro area inhabited by a growing army of bureaucrats and lobbyists. Prior to the late 19th century, the nation's capital had been fairly neglected. Although it had some monumental buildings and a sizable population, it lacked many basic services such as paved roads, and there was great uncertainty over whether the city's administration and funding should be controlled by Congress or local government.

At the start of the 20th century, Congressional attention was devoted to renovating the capital, embodied in the McMillan Plan, named for Senator James McMillan of Michigan who chaired a committee on the question. Charged with reconciling competing plans for rejuvenating the 'mediocre architecture and poor-quality public spaces,' among the commission's members were landscape architect Frederick Law Olmstead, the designer of Central Park in New York, architects Charles F. McKim and Daniel Burnham, and renowned sculptor Augustus Saint-Gaudens. The resulting plan called for an overhaul of the National Mall and several other projects, including parks, bridges, and museums. Although not all the Plan's recommendations were implemented, the city's face was remade, and many of its distinctive structures date to this era. Additionally, the first decade of the 20th century saw the opening of Union Station, one of the city's great landmarks, prominent to the north of the Capitol Building.

The Progressive agenda of Woodrow Wilson and the First World War also expanded the role of the federal government, requiring more office space and housing for the growing federal workforce (the U.S entered the war just a few months before this map's publication, but had been preparing for such a course for several months beforehand). The government and the city developed further with the New Deal policies of the 1930s and the Second World War. The growth of the city in the early 20th century can be seen by the surroundings of two of the city's universities, Georgetown and American. Here they are at the edge or even in the rural hinterland of the city, but by 1950 were well within an area of continuous urban development.

This map was published by the U.S. Geological Survey in June 1917, based on its own surveys and those of the U.S. Coast and Geodetic Survey. It is held by a handful of institutions and universities in the United States and is scarce on the market.