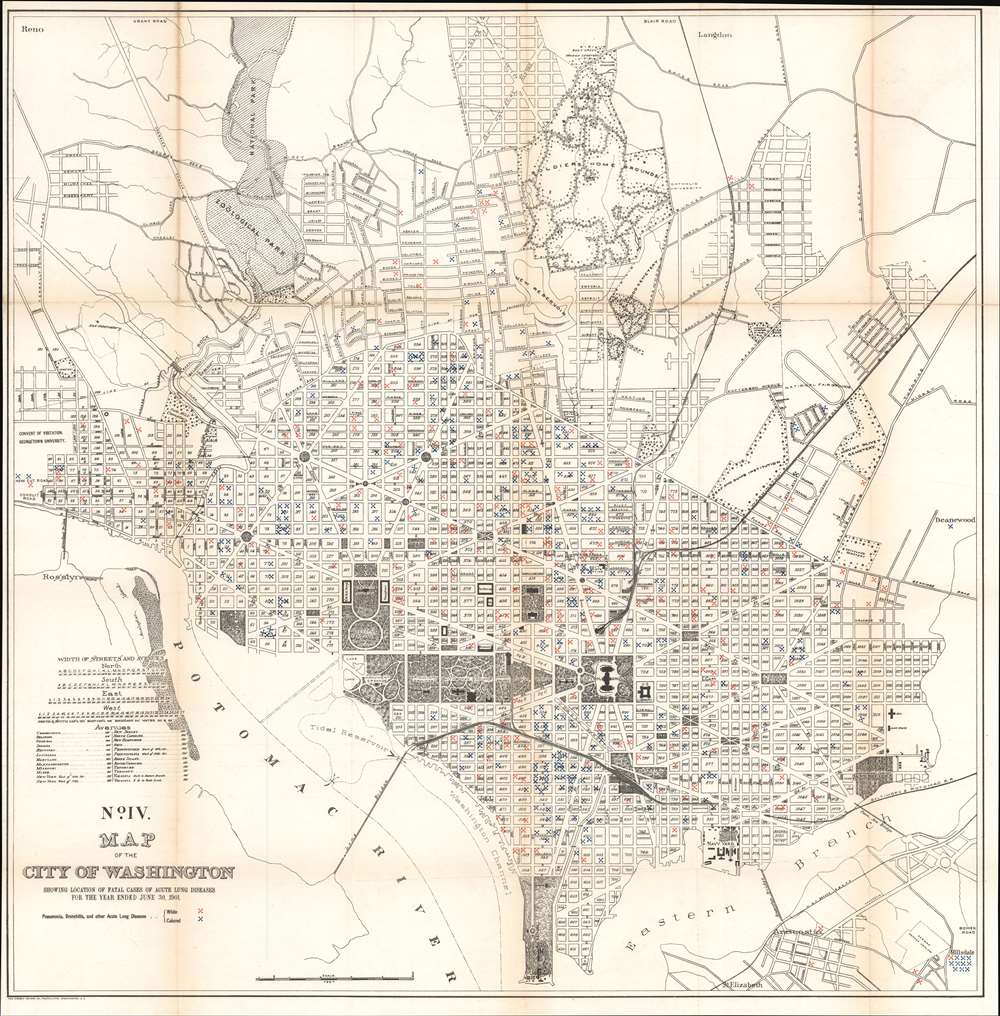 A fascinating and uncommon 1901 Norris Peters map of Washington D.C. illustrating fatal cases of lung disease, including pneumonia, bronchitis, and other acute lung disorders. This large map depicts the city from the Rock Creek Cemetery to Haines Point and from Georgetown to the Anacostia River. City blocks are identified numerically. Overprinting with symbols marks fatal cases of these lung diseases throughout the city. Curiously, these cases have been divided by 'race', a red 'X' depicts a fatal 'white' case, and a black 'X' depicts a fatal 'colored' case. Cases are scattered throughout the city, with some appearing as lone cases, others in clusters.