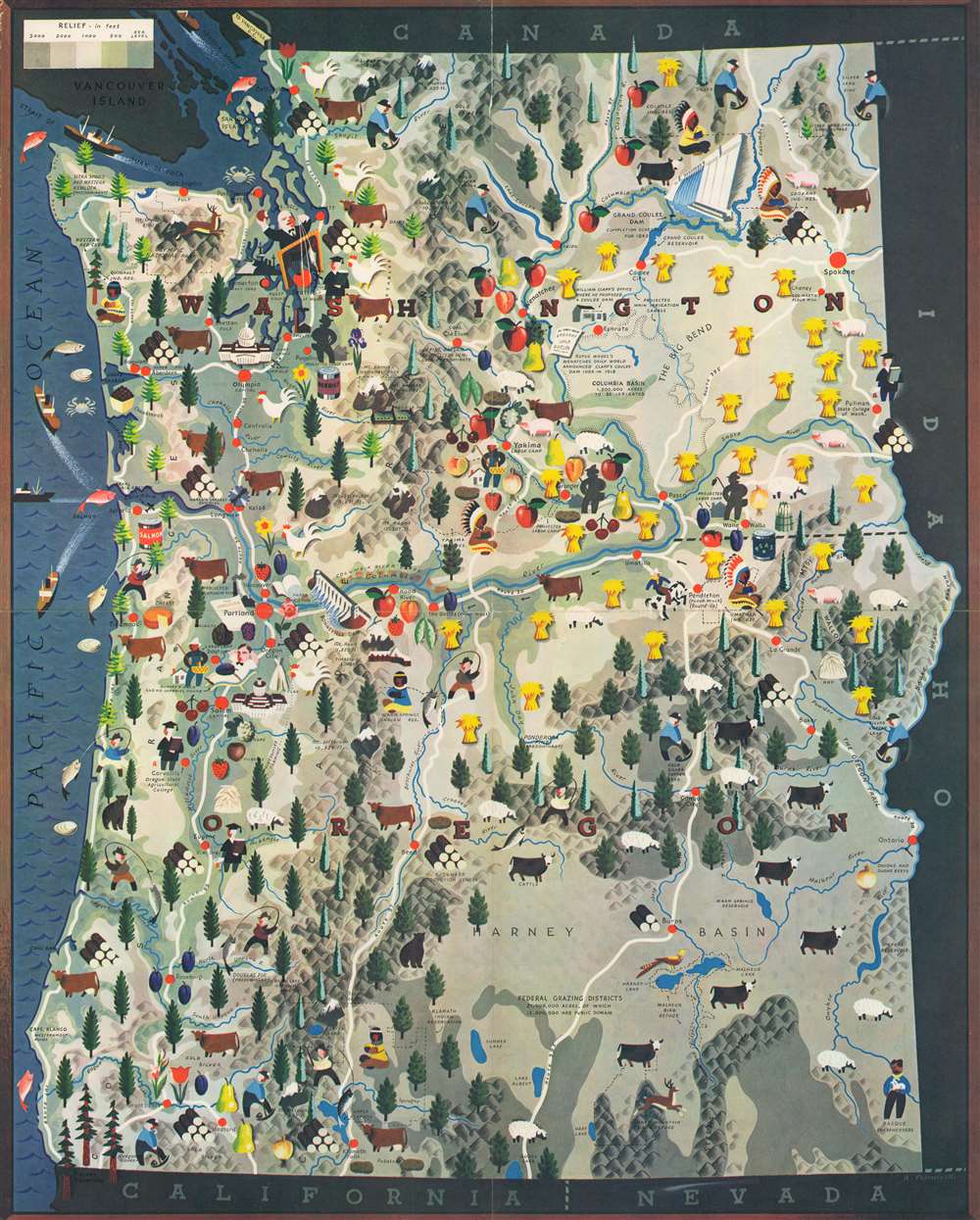 Includes an illustration of the Grand Coulee Dam, which was under construction at the time.

Brimming with charm, this 1940 Antonio Petruccelli pictorial map of Washington and Oregon promotes the region's agricultural, mineral, and natural wealth while also highlighting its technological advancements. Pictorial icons illustrate cattle, roosters, pigs, and sheep, as well as wheat, apples, cherries, and other fruits. Icons of miners, lumber, and paper indicate industrial areas, while fishermen emphasize one of the region's most popular leisure activities. Profiles of Native Americans mark Indian reservations. The Grand Coulee Dam (under construction when this map was published) and the Bonneville Dam both underline the exploitation of the region's natural resources. Cities and towns throughout the two states are identified, as are state universities and national parks. Mountain peaks are also labeled, along with rivers, and roads.

This map was created by Antonio Petruccelli and published in the March 1940 issue of FORTUNE Magazine. Three examples are catalogued in the OCLC and are part of the institutional collections at the University of Connecticut, the Buffalo and Erie County Public Library, and the University of Oregon.