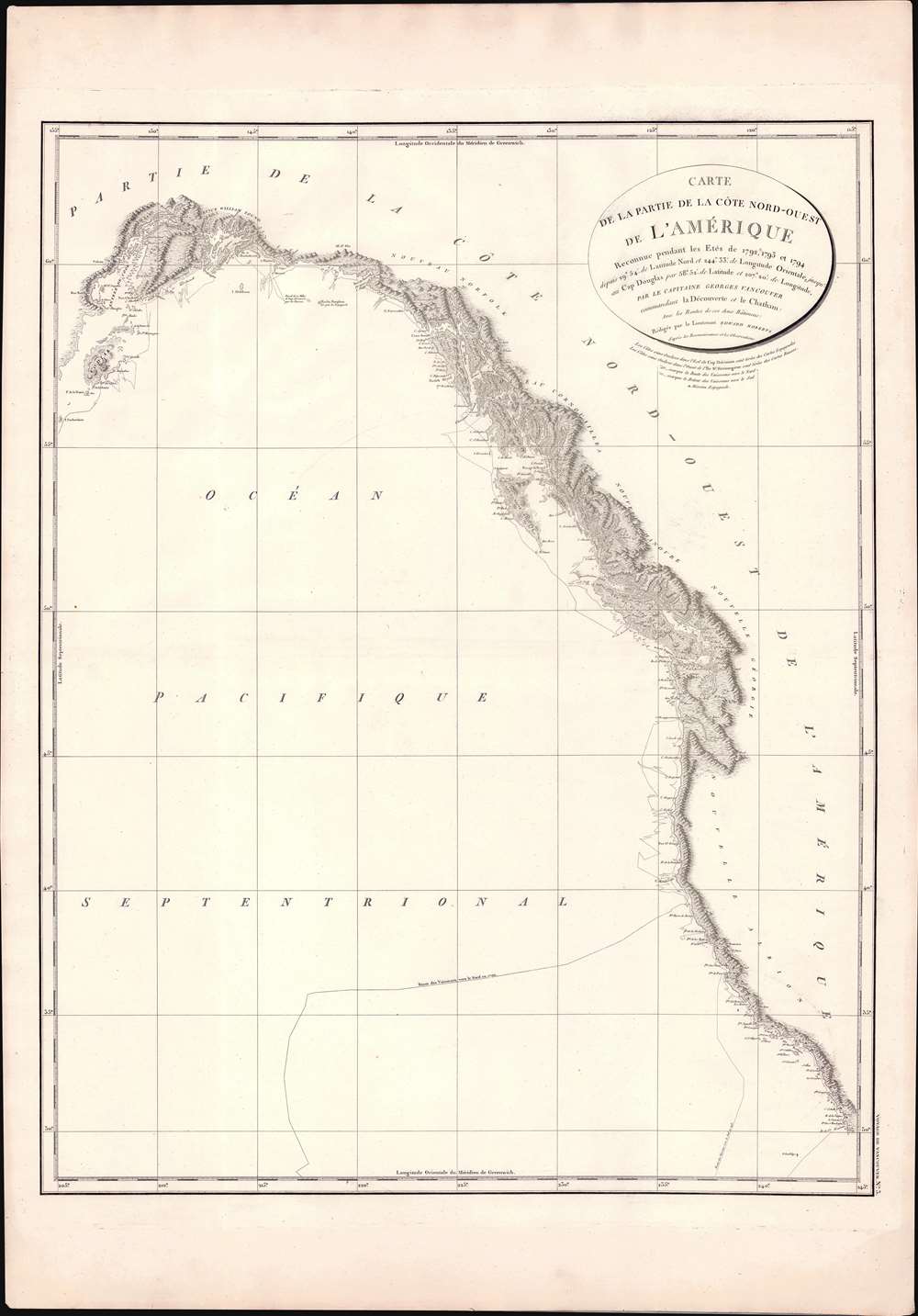 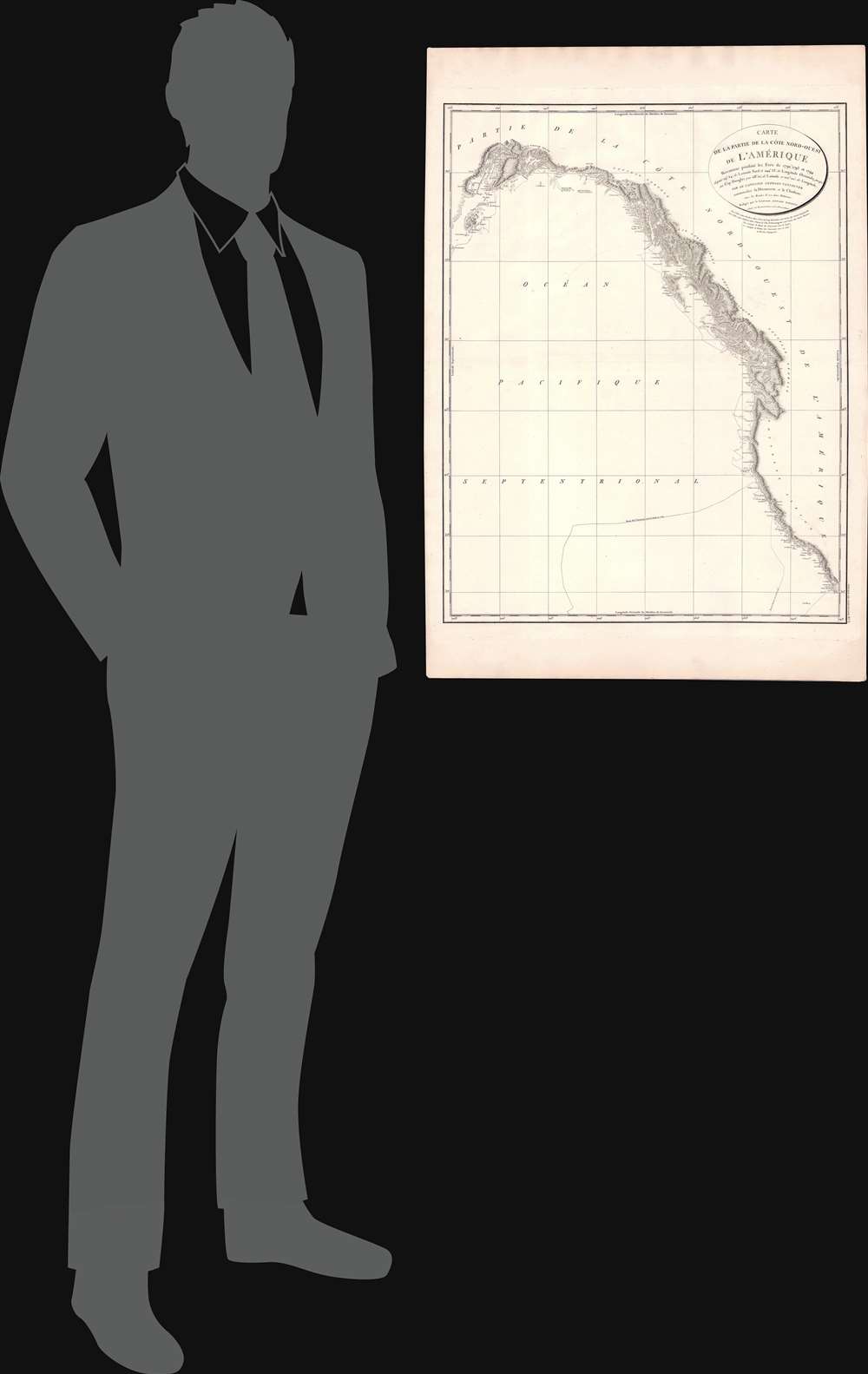 First printed mapping of the Columbia river and Puget Sound.

The Columbia River and the Fur Trade

Vancouver's mapping of the Columbia River, which he initially missed, was of crucial importance to the development of the western fur trade. Just five years after this map was published, Lewis and Clark would consult this map when planning their own important overland expedition to American's west coast. The subsequent opening of the west to the fur trade heightened British and American rivalries in the region as well as ushered in the Great Age of the Mountain Men. Mount Rainier, Mt. St. Helene, and Mount Baker are all noted, Baker being named after one of Vancouver's Lieutenants.

One of the primary goals of Vancouver's 1793-4 expedition to American Northwest Coast was to resolve any doubt with regard the existence of a Northwest Passage. Following the Cook expeditions there remained but one possibility that might lead to the legendary water route - Cook Inlet, a large bay discovered, but never fully explored, by Captain James Cook in 1778. Vancouver's mission was to fully map Cook Inlet and determine if it did indeed connect to a watery network of rivers and lakes that could be used to cross the continent. Having skirted the eastern shore of Kodiak Island, Vancouver entered Cook Inlet in April 1794. By May he had navigated the full extent of the Inlet, becoming the first European to visit the future site of Anchorage, Alaska. It was at this point that Vancouver's expedition reached its northernmost limit and turned around for the return.

This example of Vancouver's map was issued in the highly desirable 1799 French edition of Vancouver's atlas, which is noted for being more beautifully produced with better engraving, higher quality paper, and more detail than the 1798 English edition. None of the maps list an engraver, but in the atlas's introductory text, it states that they were engraved at the Dépôt des Cartes et Plans de la Marine under the supervision of Jean-Nicholas Buache de Neuville. This scarce map is a core piece for any serious collection focusing on California, Vancouver, British Columbia, or the Pacific Northwest.