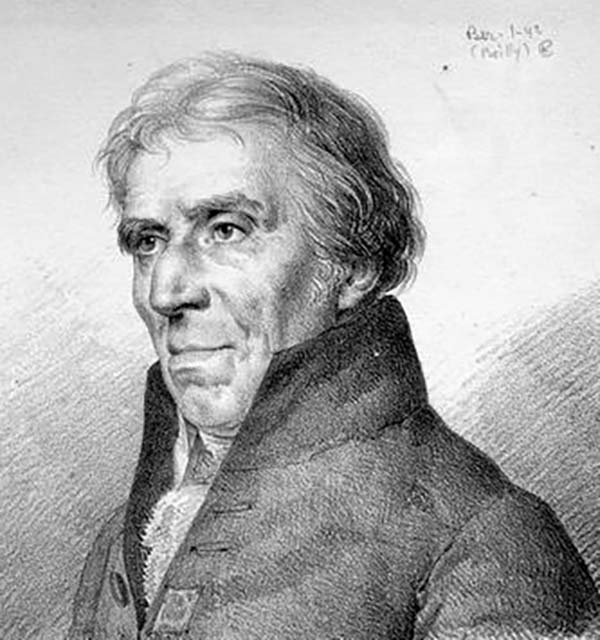 Jean-Nicholas Buache de Neuville (February, 15 1741 - November 21, 1825) was a French geographer, cartographer, scientist, and map publisher active in late 18th century Paris. Buache de Neuville was the nephew of the more prominent French geographer Philippe Buache, who held the coveted post of Premier Geographe du Roi. The position meant that Philippe Buache was assigned to tutor the young Dauphin in Geography. Philippe Buache often brought his young nephew, Jean-Nicholas Buache to these secessions where he apparently developed an excellent relationship with the prince. After Philippe Buache's death in 1773 the position of Premier Geographe du Roi fell to J. B. B. D'Anville, who himself died in 1782. Jean-Nicholas Buache, now 41, was in an ideal position to take up the job and canvased his royal friend, now Louis XVI for the position. He became the Premier Geographe du Roi in 1782, beating out such strong competitors as Rigobert Bonne, Didier Robert de Vaugondy, and Edmonde Mentelle. Buache de Neuville compiled maps based upon geographic knowledge, scholarly research, the journals of contemporary explorers and missionaries, and direct astronomical observation. Nevertheless, even in 18th century Paris geographical knowledge was severely limited - especially regarding those unexplored portions of the world, including the poles, the Pacific northwest of America, and the interior of Africa and South America. In these areas Buache de Neuville, like his uncle, Philippe, and primary rival Robert de Vaugondy, must be considered a speculative geographer or 'positive geographer'. Speculative geography was a genre of mapmaking that evolved in Europe, particularly Paris, in the middle to late 18th century. Cartographers in this genre would fill in unknown areas on their maps with speculations based upon their vast knowledge of cartography, personal geographical theories, and often dubious primary source material gathered by explorers and navigators. This approach, which attempted to use the known to validate the unknown, naturally engendered many rivalries. Buache de Neuville's feuds with other cartographers, most specifically Didier Robert De Vaugondy, resulted in numerous conflicting papers being presented before the Academie des Sciences, of which both were members. The era of speculatively cartography effectively ended with the late 18th century explorations of Captain Cook, Jean Francois de Galaup de La Perouse, and George Vancouver.