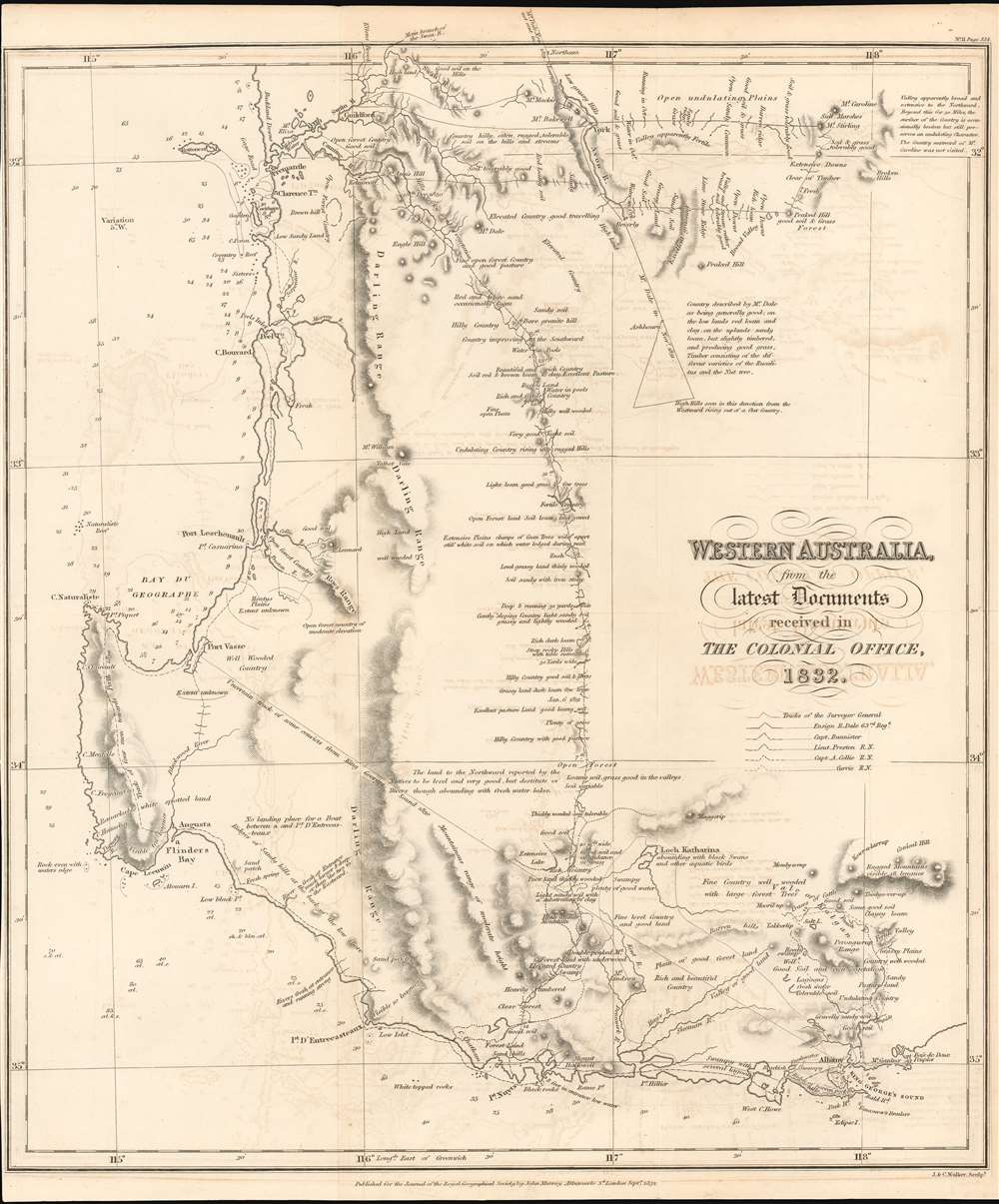 One of the Earliest Maps of the Colony of Western Australia
$1,500.00

This 1832 Royal Geographical Society map of Western Australia is one of the earliest printed maps of the newly established Colony of Western Australia, hitherto known as the Swan River Colony. The map encompasses the area north of Perth and south coast beyond Albany. The mapping of the interior reveals the first European efforts to explore the region.

The map's key defines the tracks of six separate expeditions. These include that of the Surveyor General John Septimus Roe, who made the preliminary surveys for the Swan River Colony in 1829; Ensign R. Dale, whose explorations inland of Perth revealed promising agricultural and pastoral areas; Capt. Bannister, who surveyed the coast from Albany to Pt. Nuyts and explored inland there; Lt. Preston, who executed an overland survey from the Canning River to Pt. Nuyts, and a coastal expedition from there to Peel Town and Cape Bouvard. The tracks of Capt. Collie and Currie, show more involved explorations in the vicinity of Pt. Nuyts and Albany. All their tracks are well annotated with sightings, land formations, streams, and descriptions of the qualities of the land with regard to their fertility and suitability for colonization.

OCLC lists only one example of the map in the National Library of Australia. We are aware of only a few that have come on the market in the past fifteen years.