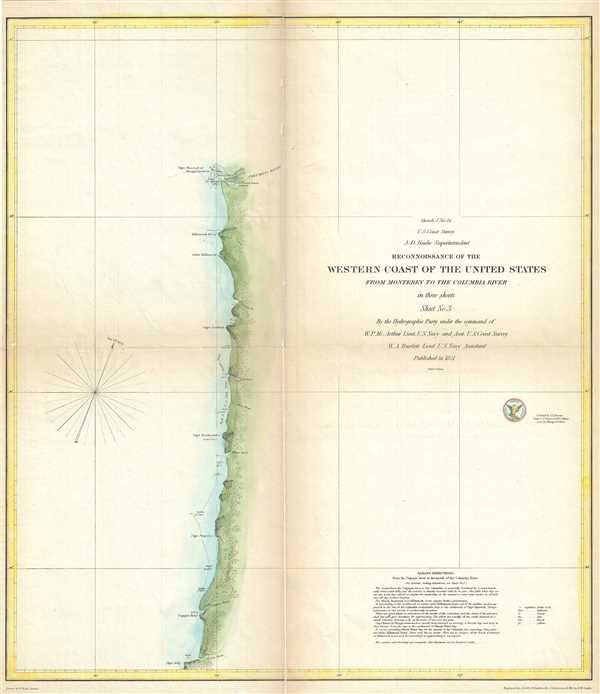 Beautiful nautical chart detailing the coastline of Oregon and Washington.

Very good. Minor wear and some toning along original fold lines. Split along centerfolds repaired on verso. Minor spotting. Professionally flattened and backed with archival tissue.
Looking for a high-resolution scan of this?