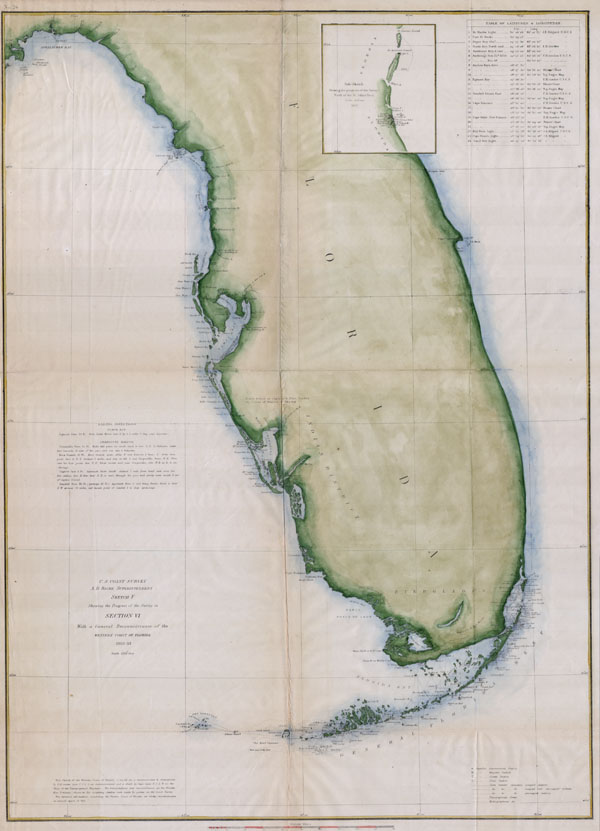 A rare costal chart of Florida by the U. S. Coast Survery, 1853. Depicts the whole of the Florida peninsula, but specifically details the western coastline, showing all bays and harbors, as well as accurately mapping the Florida Keys. Shows few internal features, however, does note the Indian Hunting Grounds and the Everglades. With the exception of the Key Biscayne Bay (Miami) area, the eastern coast of Florida is largely without detail. Produced in 1853 under the Supervision of A. D. Bache, the most influential leader of the Coast Survey. Dated.