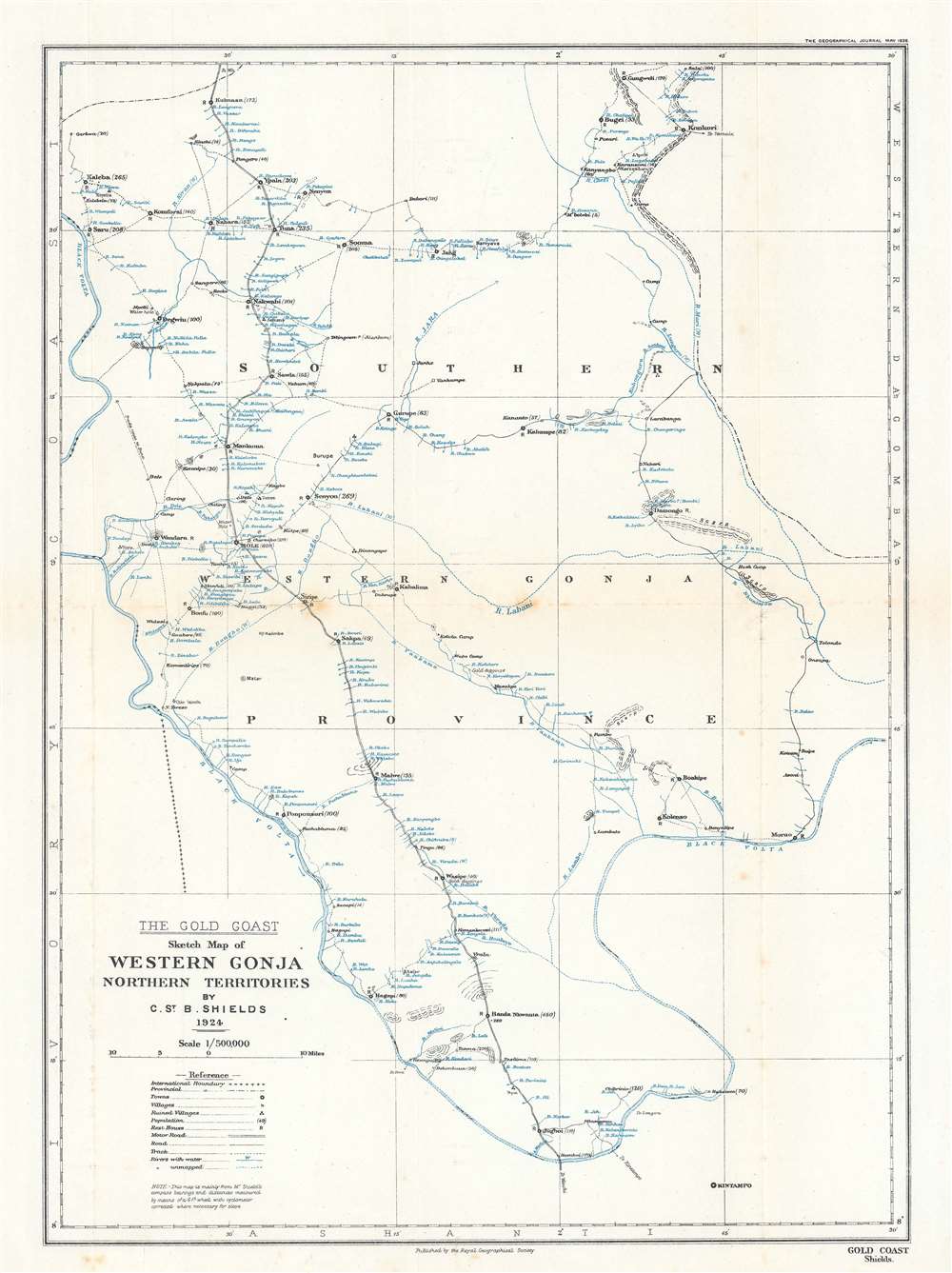 This is a 1926 Christopher St. Barbe Shields map of western Gonja Province in the Gold Coast, modern-day western Ghana. The map appears minimalist, with towns and villages noted only along rivers. It otherwise features minimal topography and no substantial detail away from the rivers - reflecting not only the reality of life in the region, but also the level of penetration then available to colonial administrators. Today, the Black Volta River serves as the border between Ghana and the Cote d'Ivoire. Here, that international border is marked by small black crosses and separates Gold Coast from the French colony of Cote d'Ivoire.

This map was drawn by Christopher St. Barbe Shields, a British colonial administrator, then serving as the Assistant District Administrator, and published in the May 1926 edition of The Geographical Journal by the Royal Geographical Society. An example is cataloged in OCLC and is part of the institutional collection at The British Library.

Christopher St. Barbe Shields (July 28, 1889 - May 14, 1959) was a British army officer and Colonial Office District Commissioner in the Gold Coast (modern Ghana). Born in Durham, England, Shields served in the British army during World War I and was a member of the 302nd Siege Battery of the Royal Garrison Artillery serving in France in 1915. Shields married Alice Louisa Williams on May 16, 1919 in Thornford, England. He left for Africa for the first time in 1920 and continued traveling back and forth between England and Africa until at least 1929, when the last departure record exists. During his time workin the Gold Coast (from at least 1924 through 1926), Shields health with border disputes and other crises, even creating relatively accurate maps to help his superiors decide how to arbitrate these situations. Shields died in Axminster, England. Learn More...

Shields, C. St. B., 'The Western Gonja (Bole) District of the Northern Territories of the Gold Coast', The Geographical Journal, Vol. 67, No. 5. (London: Royal Geographical Society) 1926.