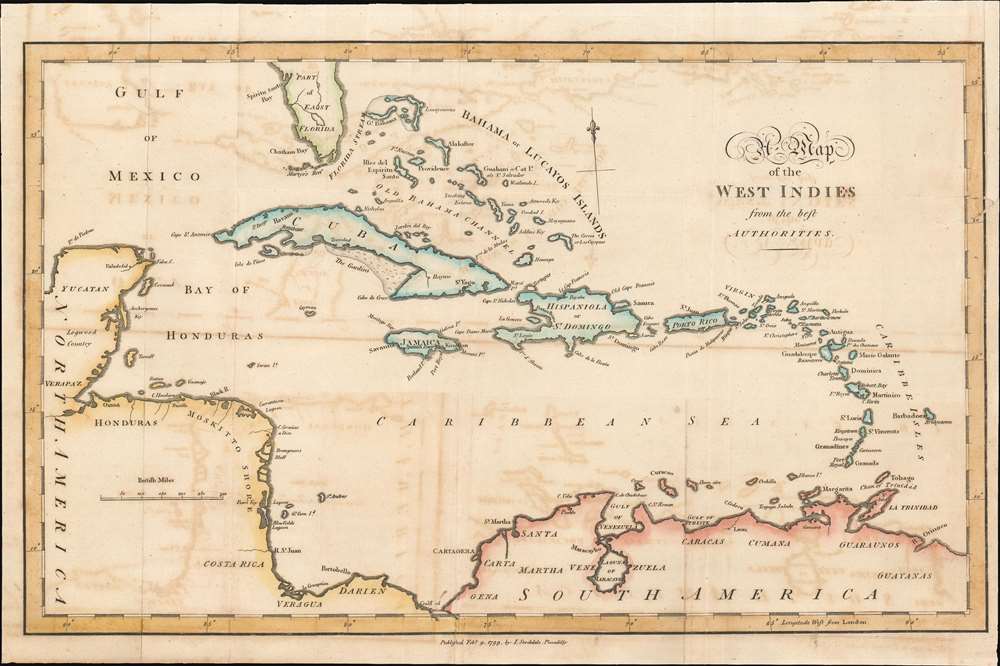 This is a 1799 Bryan Edwards map of the West Indies. Depicting from Florida to northern South America, islands throughout the Caribbean Sea are labeled, including many of the Bahama and the Leeward Islands. Cozumel is identified off the Yucatan coast, and coastal lagoons, islands, and gulfs are named throughout. Very little detail is present in Florida, apart from labeling Martyr's Reef and Spiritu Santo Bay, today's Tampa.

This map was created by Bryan Edwards and published by John Stockdale in 1799.