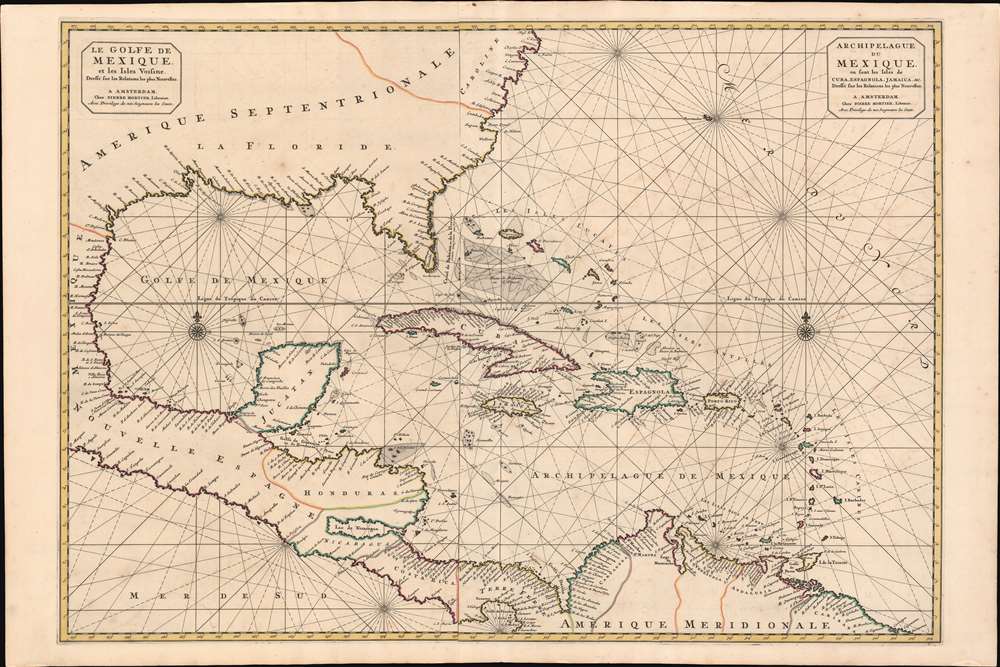 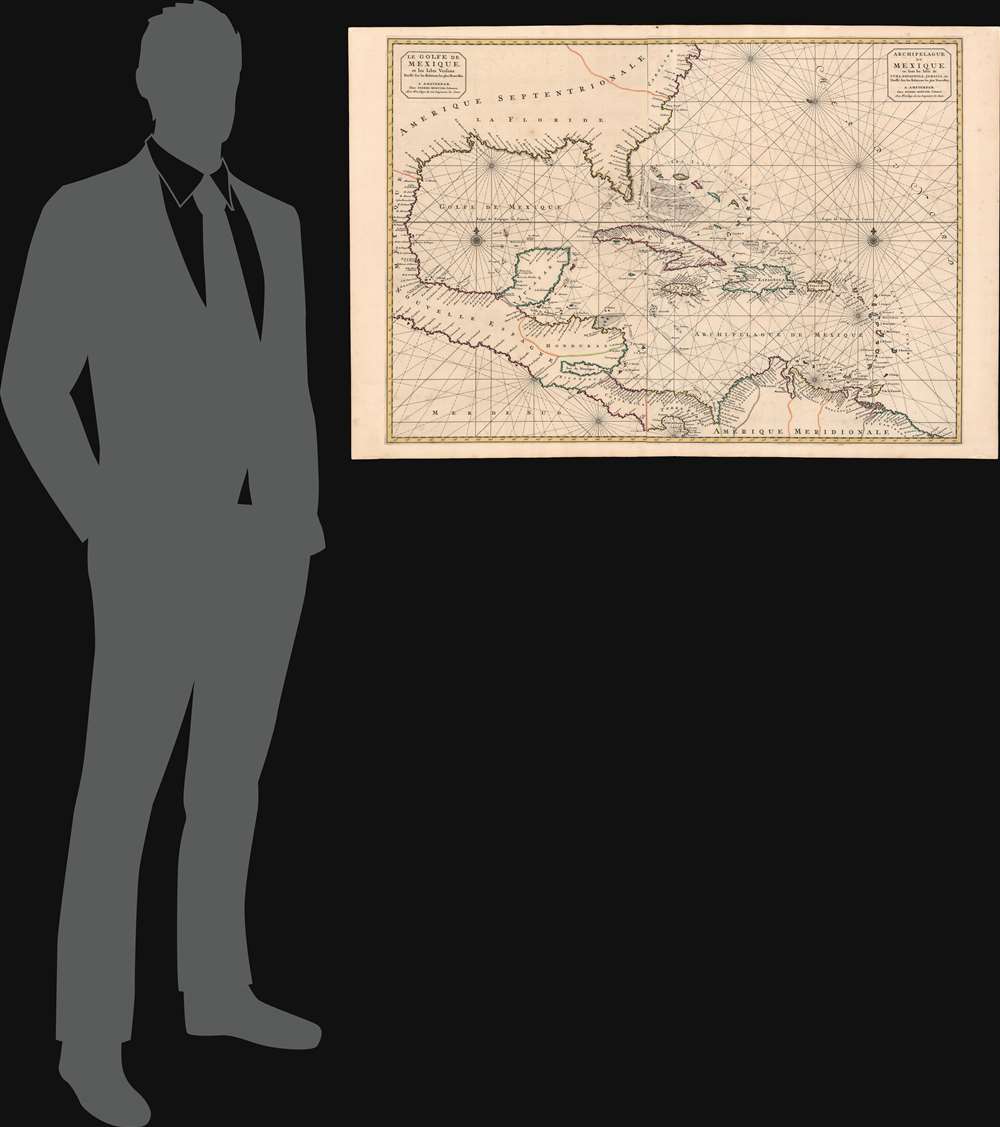 A scarce and striking 1700 Pierre Mortier nautical map embracing Florida, the Gulf of Mexico, Central America, the West Indies, and the Caribbean. Presented on two sheets, joined at center by the publisher, it is centered on Cuba, but extends broadly from Cape Lookout to the Gulf of Darien and from Mexico to Bermuda, Surinam, and Barbados.

Mortier's sources are unclear. We recognized the mapping of the mouth of the Mississippi River (Meschasipi) as closely following the 1698 Hennepin map - reflecting the most up-to-date if fictitious reconnaissance. The shape of Florida and the Gulf littoral have been tenuously attributed to manuscripts of N. P. d'Ablancourt, themselves derived from Portuguese manuscripts. Meanwhile, some of the nomenclature in Carolina suggest English sources. Regarding the unusual, inverted triangle shape of Florida, we see few precedent analogs, save possibly the Samuel Thornton chart of 1683, although that connection is weak at best. In terms of antecedent maps that may have used this as a source, we note the 1720 Herman Moll West Indies. Here the term 'Florida' itself is used to refer to the entirety of the Spanish northern Gulf littoral from Texas to Hilton Head.

This map was drawn by Pierre Mortier in 1700 - one of nine new maps inserted in the Suite de Neptune François, the second volume of his 1693 Neptune François. Unlike the other maps in the Suite, this one is exceptionally rare as it had only a two-year print run, after which it was replaced by the Teatre de la Guerre en Amerique, focusing on the War of Spanish Succession. The OCLC notes just three examples: University of Florida, Florida State, and University of Texas.