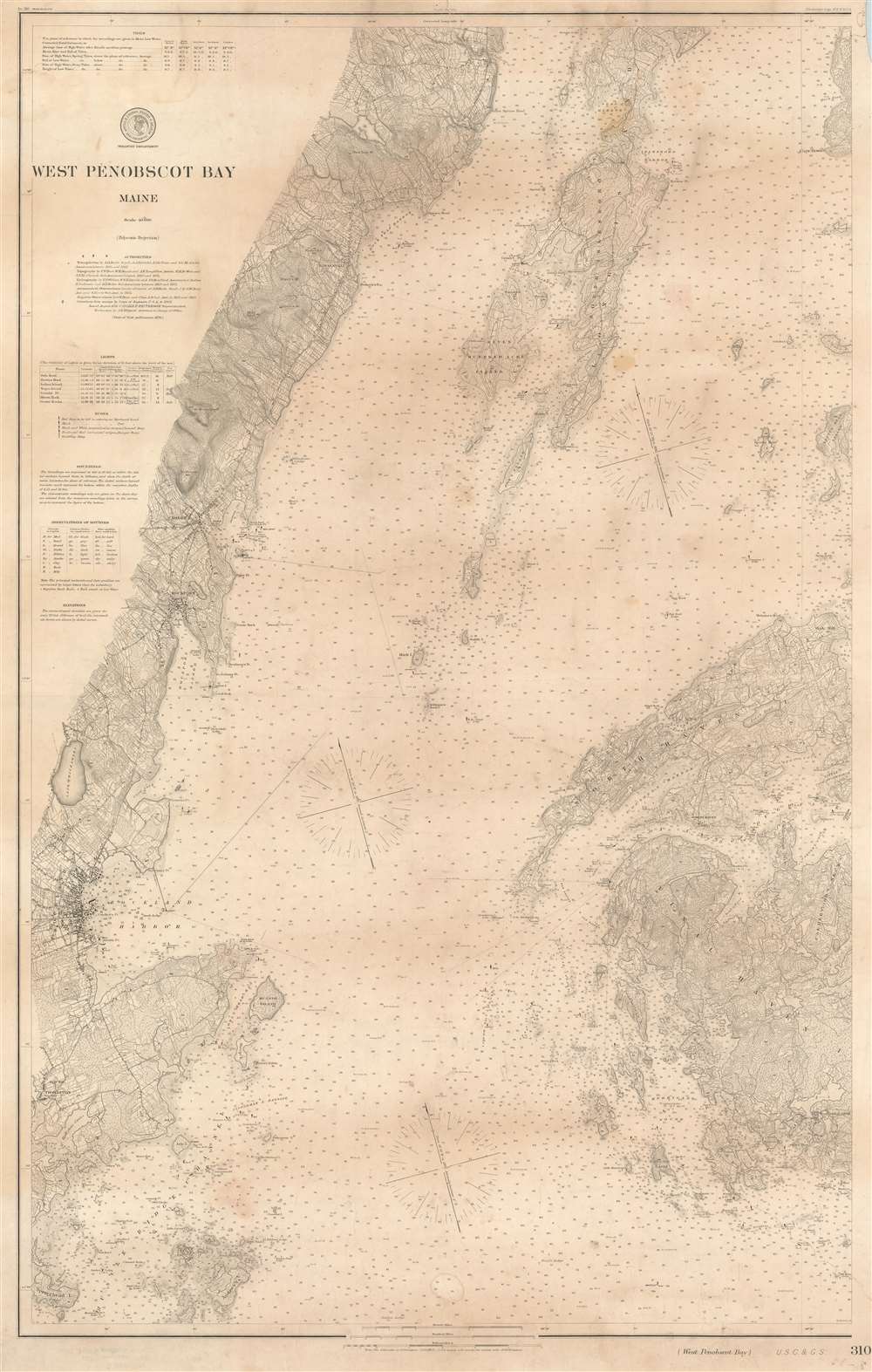 This is a 1902 U.S. Coast and Geodetic Survey nautical chart or maritime map of West Penobscot Bay, Maine. The map depicts the region from Rockland to Carver's Harbor and Cape Rosier and from Sabbath Day Harbor to Sprucehead Island and Andrew's Island. Highly detailed, myriad depth soundings are indicated throughout, with high concentrations present in Rockland Harbor and in the Fox Island Thoroughfare. Numerous towns and villages are labeled, including Rockland, South Thomaston, Rockport, Camden, Lincolnville, North Haven, and Carvers Harbor. Roads are illustrated and topography is noted by topographic lines. Coastal locations, including lights, bays, coves, and harbors are all labeled. Innumerable small islands are illustrated, predominantly along the coast of Vinalhaven Island. Notes concerning lighthouses, buoys, soundings, and abbreviations used on the chart are included along the left border.