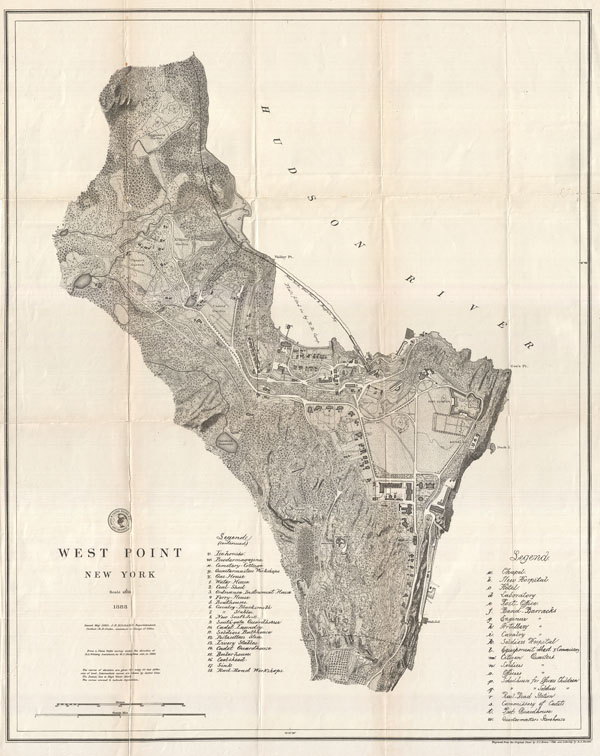 A beautiful example of the U.S. Coast Survey's scarce 1883 map of the West Point Military Academy, New York. Covers the grounds of West Point Military Academy in extraordinary detail noting all important buildings, fortifications, rail lines, greens, and even individual trees. A numeric key at the bottom of the map specifically identifies numerous buildings. Based on an original survey completed by H. C. Evans.

Very good condition. Minor verso repairs to some of the original fold lines. Else very clean.
Looking for a high-resolution scan of this?