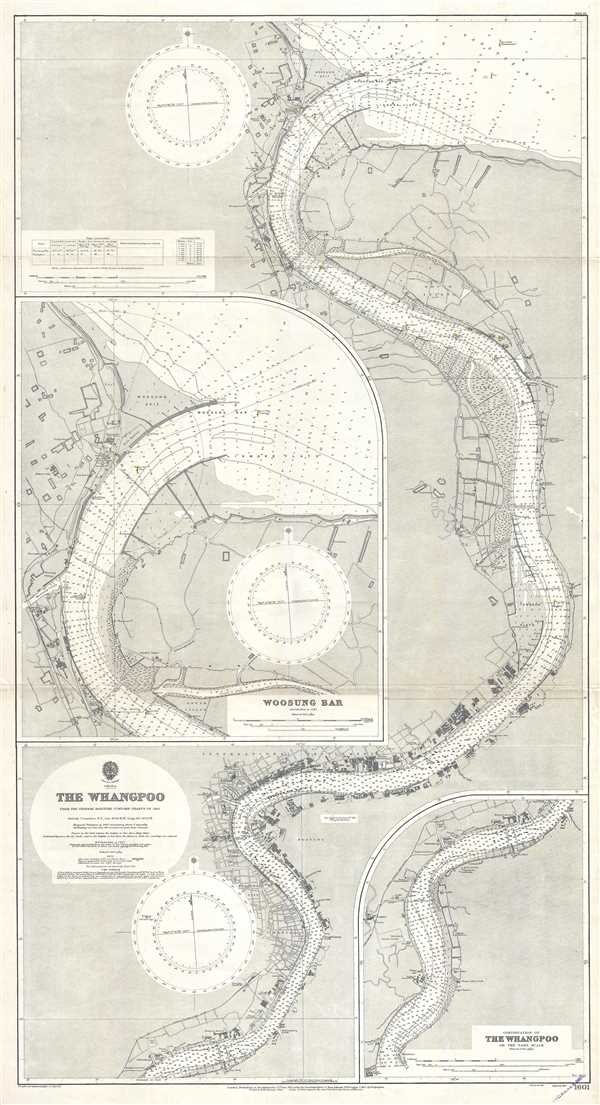 A nautical chart of the Huangpu River centered on Shanghai and the International Settlement.

This is a 1929 British Admiralty nautical chart or maritime map of the Huangpu (Whangpoo) River. Centered on Shanghai and the International Settlement, the map depicts the region along the river from just south of Shanghai to the river's mouth, where it empties into the Yangtze River. Highly detailed, myriad depth soundings measured in feet are included along the whole length of the river, allowing for ease of navigation. Navigational hazards, including wrecks, are noted, as are lights both within the river and along its banks. Buildings are illustrated along the entire length of the river, with the International Settlement labeled in large block letters. The British Consulate, the Russian Consulate, the United States Consulate, and the Japanese Consulate all are explicitly labeled. Two inset maps, one depicting the Woosung Bar and the other depicting a continuation of the Huangpu above where the main chart ends, are included. One, the chart of the Woosung Bar, is situated along the left border, while the continuation of the Huangpu is in the lower right corner.

This chart was published by the Admiralty in 1929.