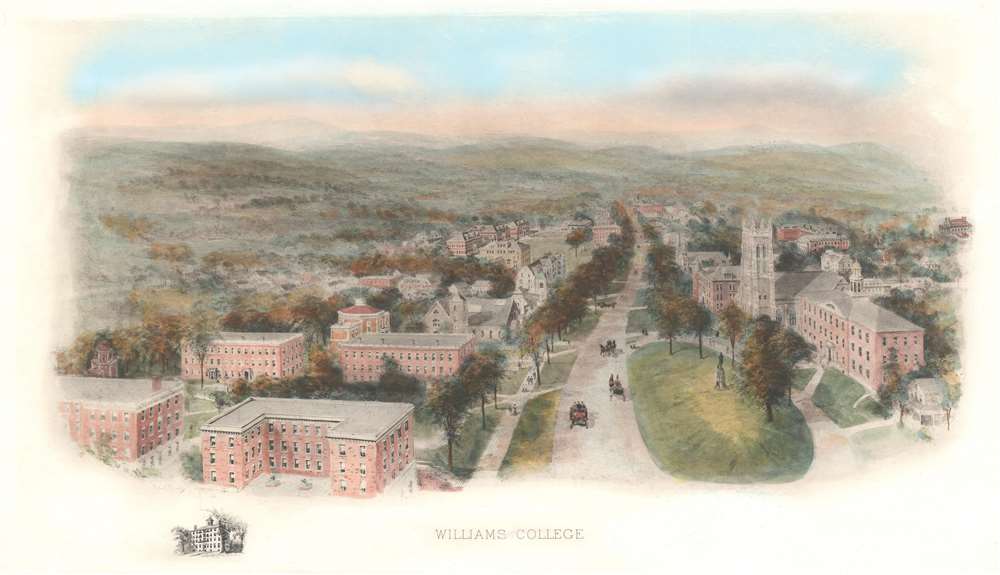 This is a rare 1906 Richard Rummell view of Williams College, a private liberal arts college located in Williamstown, northwestern Massachusetts. The view looks west along modern day Spring Street (Route 2), through Williams College toward the Berkshire Hills in the distance. Thompson Memorial Chapel and Griffin Hall appear in the foreground on the right. In the left foreground are Currier Hall and Fitch House. The Octagonal building on the left is the former Lawrence Hall, designed by Thomas A. Tefft in 1846, which has today been incorporated into a larger building that houses the Williams College Museum of Art. Just beyond is the college residential building Morgan Hall and the modern-day Flak Science Quad.

Rummell began issuing views of American colleges around 1905. Rummell's views come in several different forms including color, as here, and black and white. Like most of Rummell's university views, it is copyrighted by his publisher, W. T. Littig and Company.

This view was created by Richard Rummel and published by W.T. Littig and Company. We have encountered many of Rummell's views over the years, but this is only the second time we have seen an original of Williams College.