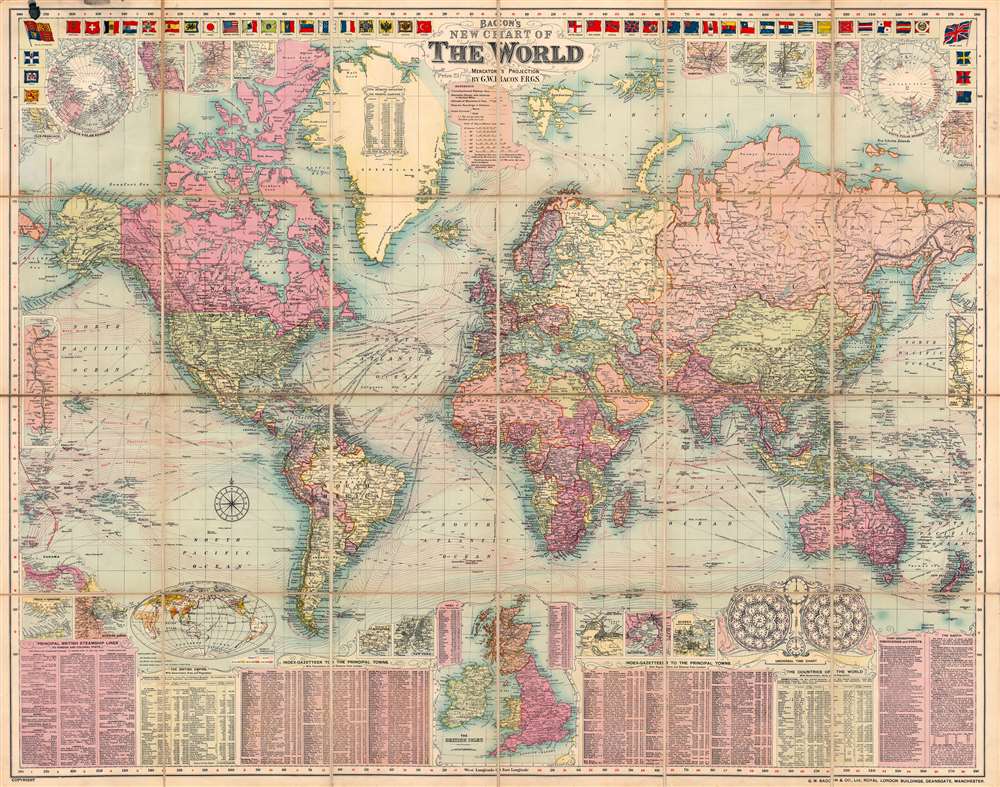 Bacon harnesses the extensive border space to offer rich supplementary content. Illustrations of 46 world flags create the top border. Nearly a dozen inset maps occupy the left and right corners and detail the polar regions, and the major cities of San Francisco, Hong Kong, Wellington, Tokyo, and Bombay. A table, occupying Greenland holds the estimated population of the world's principal countries. More insets along the latitudinal borders depict the Panama and Suez Canals. Another ten inset maps are included along the bottom, with the two largest mapping the British Isles and the world on an elliptical projection. Others detail the Strait of Gibraltar, Singapore, and New York City. Along the bottom, tables present the principal British steamship lines, parts of the British Empire, and the countries of the world. The largest table notes the principal cities of the world and provides information concerning each, including a short description, population, and grid location. A final chart explains time zones.

This map was created and published by George Washington Bacon in 1907. Four examples are cataloged by the OCLC as being part of the institutional collection at Gettysburg College, the University of British Columbia, the National Library of Wales, and the National Library of Australia. The map appeared in many editions, but early editions, as here, are scarce to the market.