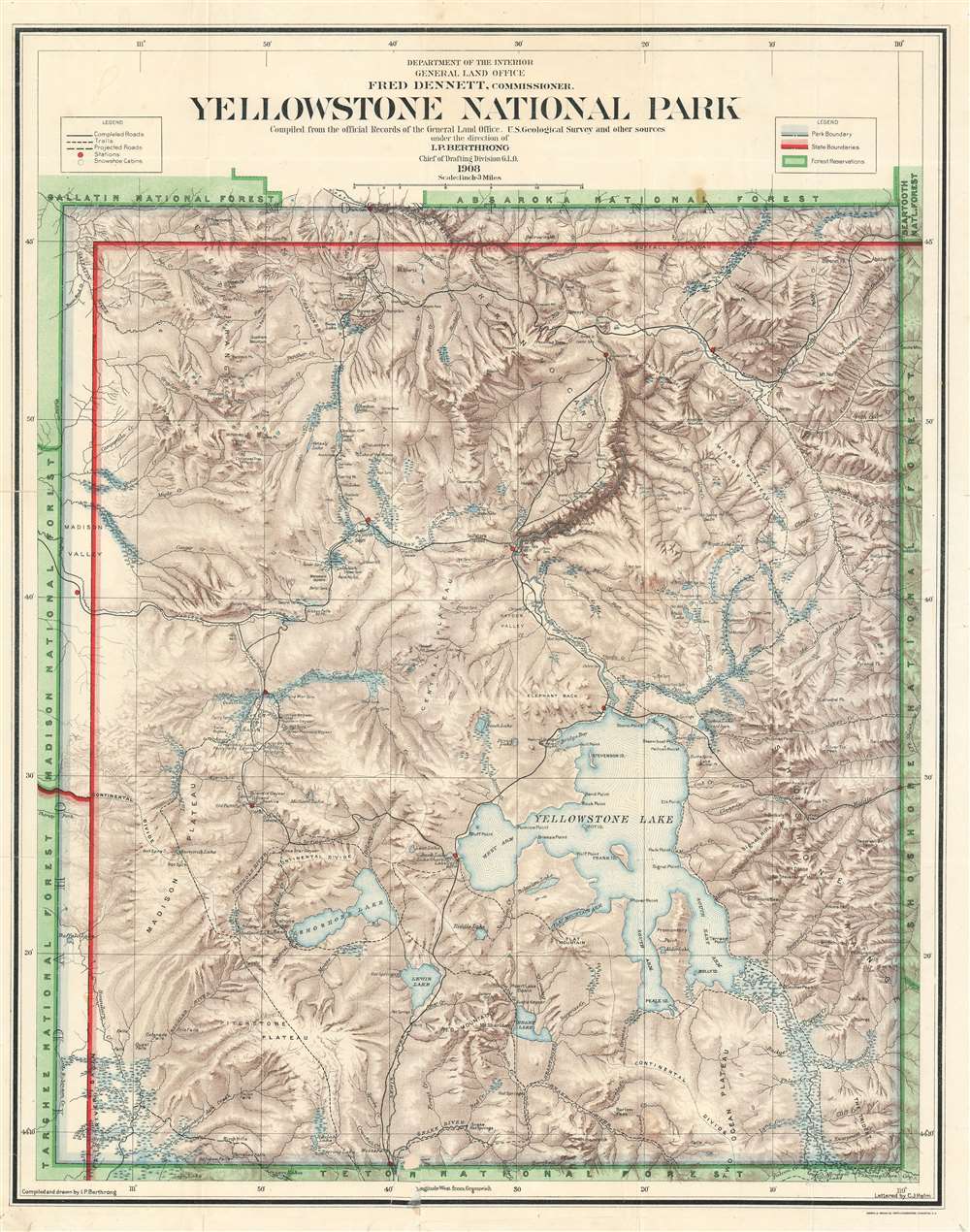 This is a 1908 General Land Office map of Yellowstone National Park, compiled and drawn by Ithamar Berthrong, who produced many important maps of the west during his tenure with the Land Office. This attractively-colored map of the Park is richly detailed, showing the vigorous topography of the area with fine shading. Sites of geysers and other important and popular features are indicated, but the emphasis on the map is on its use, and on projects under way to make it accessible to visitors. Ranger stations are shown, as is the recently-constructed Old Faithful Lodge (marked but not named. Trails and roads through the park are delineated, as are planned, improved roads. The process of improving the park for visitors had only begun in 1903, and the ongoing project is plainly visible here.

The map appears to have first been published by the General Land Office in 1907; we are aware of further editions in 1908, 1909, 1910, and 1911. OCLC shows perhaps two dozen examples all told in institutional collections, of which four are this 1908 issue. The map appears to be scarce on the market, with only a few appearing in catalogue or auction listings in the past thirty years.

Good condition. Few mends at folds, marginal mends and some reinstatement of border.