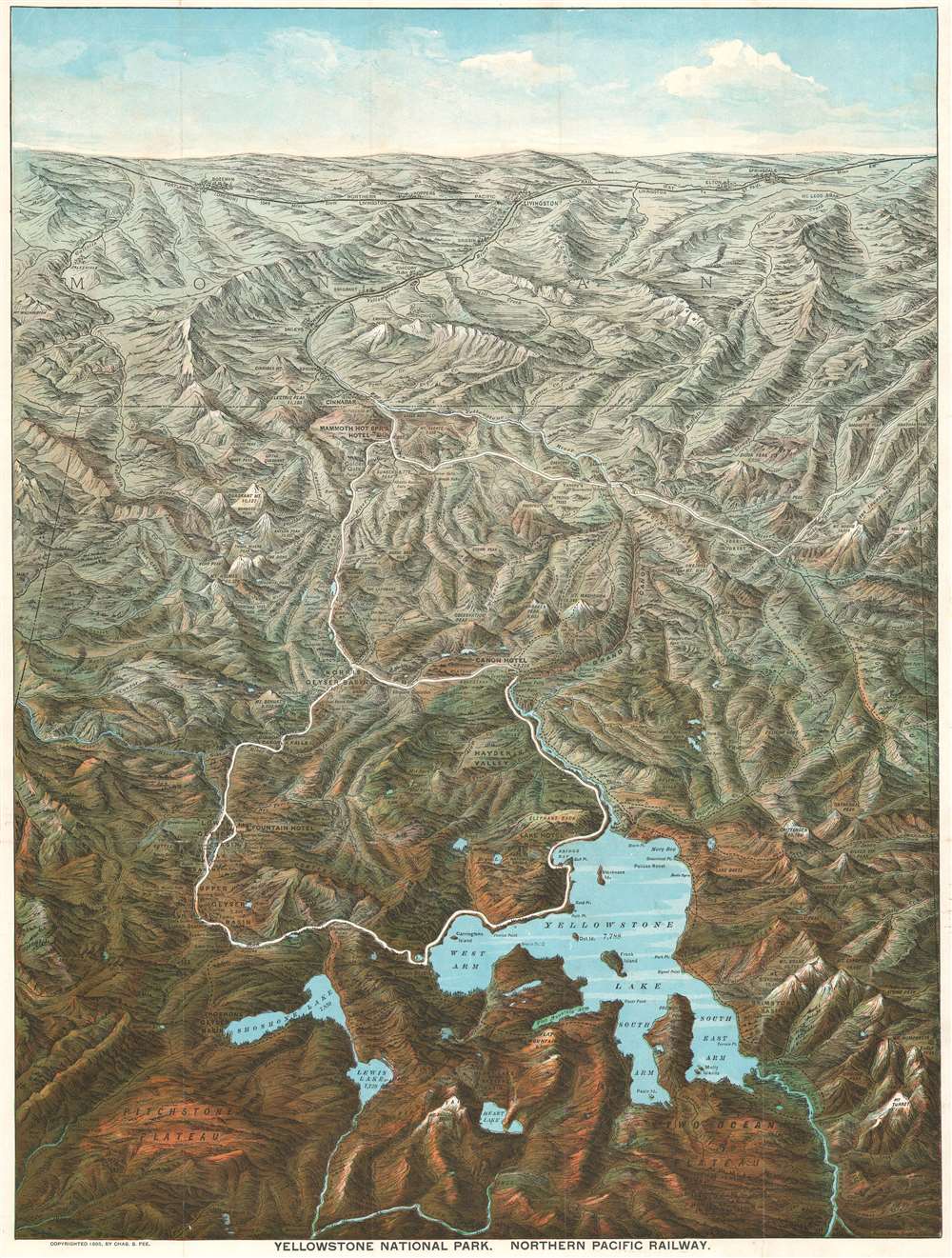 This is an 1895 Charles S. Fee chromolithograph bird's-eye view map of Yellowstone National Park, Wyoming. With Yellowstone Lake in the foreground, the view extends northward as far as Bozeman and Livingston, Montana. Fee includes impressive detail throughout, identifying mountains, plateaus, lakes, geyser basins, and hot springs. Yellowstone landmarks, such as Elephant Back, the Grand Canyon, and Old Faithful (in the Upper Geyser Basin), are labeled. The Lake Hotel, Fountain Hotel, Canon Hotel, and Mammoth Hot Springs Hotel all appear. The Yellowstone River snakes its way through the park and roads (colored white, so they stand out) wind their way from north to south. The Northern Pacific Railway runs across the top of the view and south from Livingston to Cinnabar, just outside Yellowstone.

This view-map was created by Charles S. Fee and published by the Northern Pacific Railroad in 1895. Six examples are cataloged in OCLC and are part of the institutional collections at Pennsylvania State University, the University of Missouri-St. Louis, the Colorado School of Mines, the Denver Public Library, the Montana Historical Society, and Stanford University. Scarce to the market.