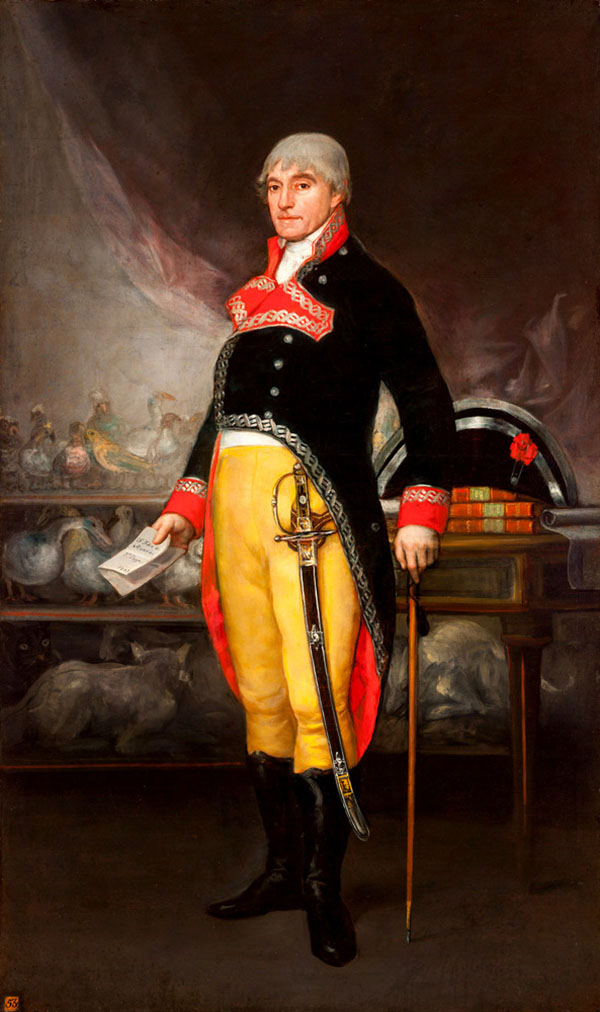 Azara, Félix de (May 18, 1742 - October 20, 1821) was a Spanish military officer, naturalist, and engineer. He joined the Army, and received training as an engineer in a Spanish military academy. His thirteen year career in the Army would see him promoted to Brigadier General. He spent twenty years in the Rio de la Plata region of South America as a delegate under the treaty of San Ildefonso, during which period he undertook to create an accurate map of the region. On the surveys, he also recorded the fauna the region, in particular cataloguing nearly four hundred species of bird. On his return to Europe in 1801 he wrote and published in Paris his Voyage dans l'Amerique meridionale depuis 1781 jusqu'en 1801 (1809) which contained his observations on the region's geography, natural features, and indigenous groups. His work was praised for thoroughness and accuracy, and was well regarded by Darwin. He died of pneumonia on October 20, 1821.