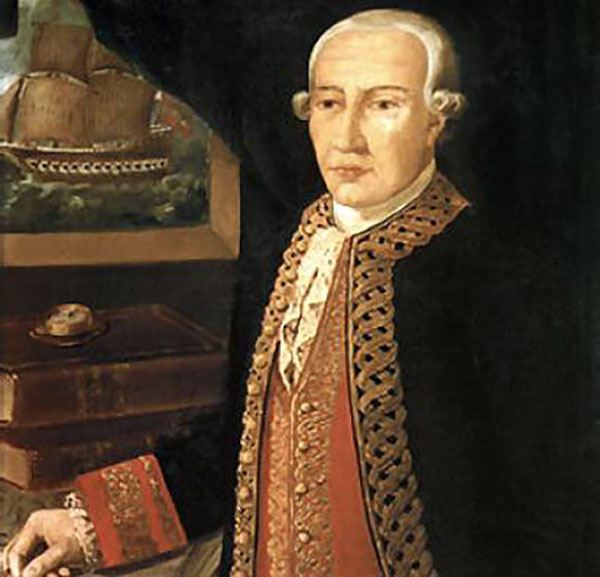 Vincente Tofiño de San Miguel (September 6, 1732 - 1795) was a Spanish naval officer and hydrographer active in the second half of the 18th century. Tofiño was born in Cadiz, Spain. His father, a career army officer, died in the 1746 Battle of Placentia, leaving Vincente an orphan from age 14. He moved to Extremadura where his uncle, a priest, raised him. In 1750, following in his father's footsteps, he joined the army. Having discovered a proficiency in mathematics, Tofiño was assigned to an artillery unit. In 1755, moving from the army to the navy, where his skills were better suited, he became a professor of mathematics at the Academia de Guardia Marinas de Cádiz. He would remain in the navy for the subsequent 30 years, ultimately attaining the rank of Rear Admiral. Between 1783 and 1788, as a navy officer, astronomer, and hydrographer, he was deployed to survey the Mediterranean ports of Spain, the Balearic Islands, and the Barbary Coast. He trained the explorers Dionisio Alcalá Galiano and Cayetano Valdés y Flores Bazán, who named Tofino Inlet, in Vancouver, after him. Tofiño was elected correspondent of the Spanish Academy of History and of the French and Portuguese Academies of Science. He died in Cadiz in 1795.