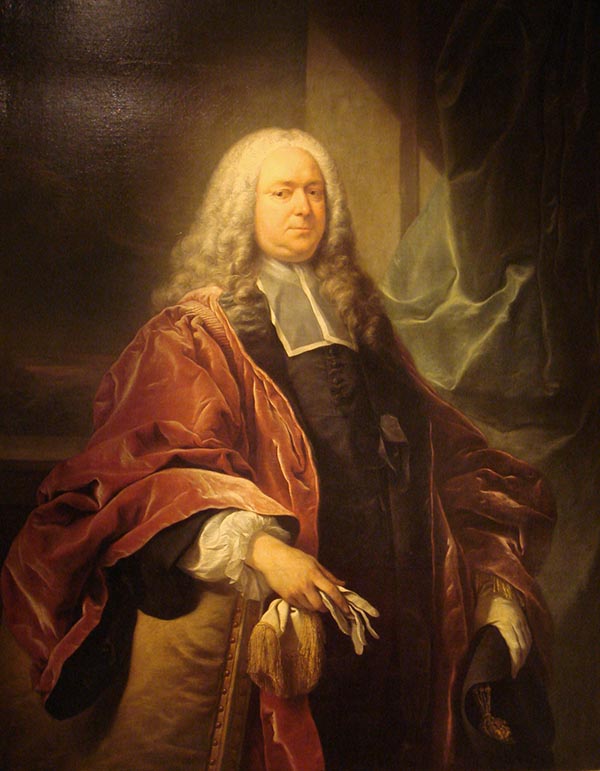 Michel-Étienne Turgot (1690-1751) a French businessman and civil administrator in the first half of the 18th century. From 1729 to 1740 he held the mayor-like office of Prévôt des Marchands de Paris ("Master of the merchants of Paris") under King Louis XV. Turgot's greatest claim to fame is his commissioning of Louis Bretez to assemble the spectacular Turgot Plan of Paris, one of the greatest feats of urban cartography ever undertaken. Turgot's more famous son, Anne-Robert-Jacques Turgot, attained prominence as a statesman and economist under Louis the XVI.