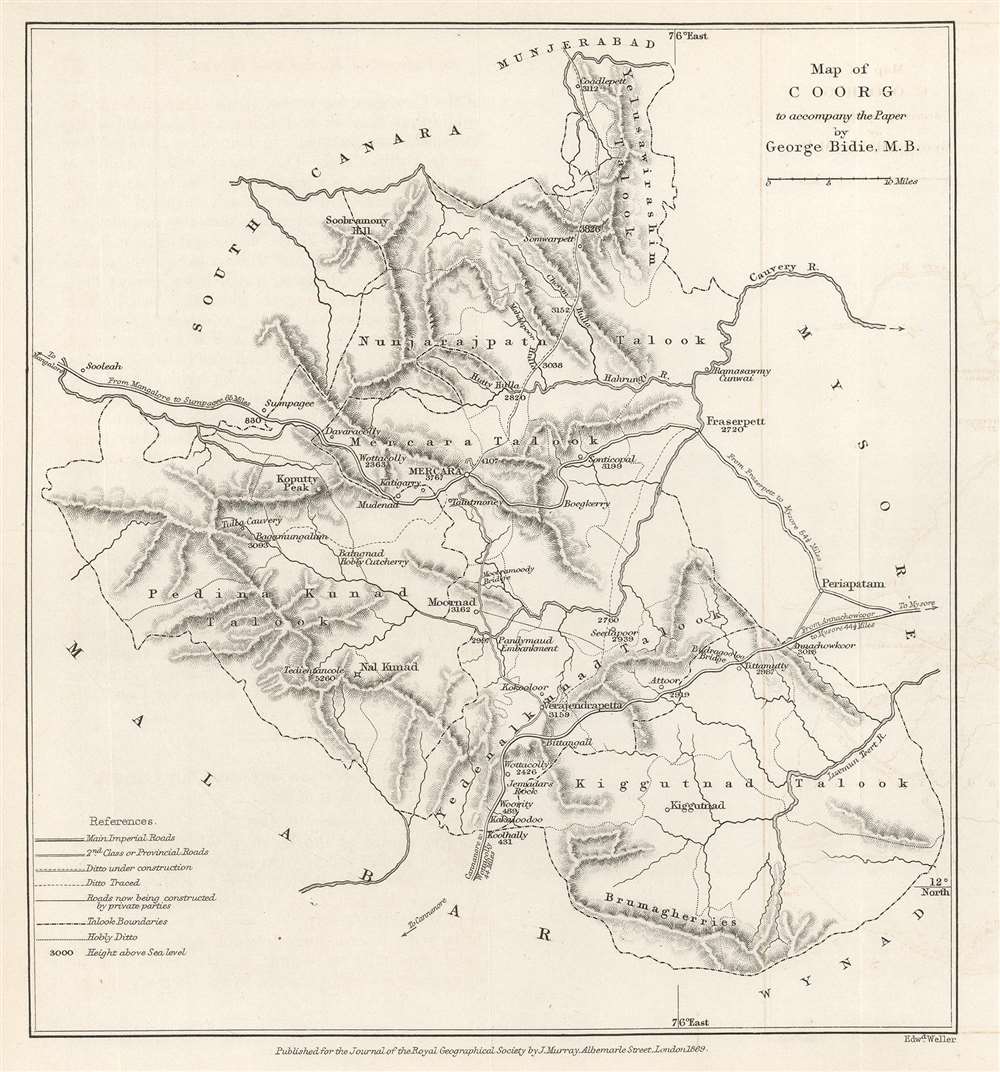 This is an 1869 John Murray map of Kodagu (formerly Coorg) District in Karnataka, India. This is one of the earliest maps we are aware of to deal with manmade climate change. Created to accompany a paper published in The Journal of the Royal Geographical Society. The paper's author, George Bidie, described Coorg to his readers:

Coorg lies near the centre of the Western Ghâts, and chiefly in the eastern aspect of the range. On its western margin the crests of the chain rise up in bold peaked mountain masses, some of which attain the height of 5000 feet above the sea, and to the east of these the country consists of a series of low, long-backed hills, with intersecting deep-set valleys, running out towards, and gradually subsiding in, the table-land of Mysore.

Bidie's paper, entitled 'Effects of Forest Destruction in Coorg' recounts how deforestation for coffee plantations has effected the local climate and environment. Bidie focuses on water distribution and cites, noting that many streams that had previously been full all year long now only flowed during and just after the monsoon. He also describes the deforestation's effects on temperatures, animals, and plants. This is one of the earliest mentions we have seen of climate change. This map is accompanied by the original article from The Journal of the Royal Geographical Society in which Bidie details these changes.

This map was engraved by Edward Weller and published by John Murray for publication in The Journal of the Royal Geographical Society in 1869. This map is not cataloged in OCLC. The separate map is rarely seen on the private market.