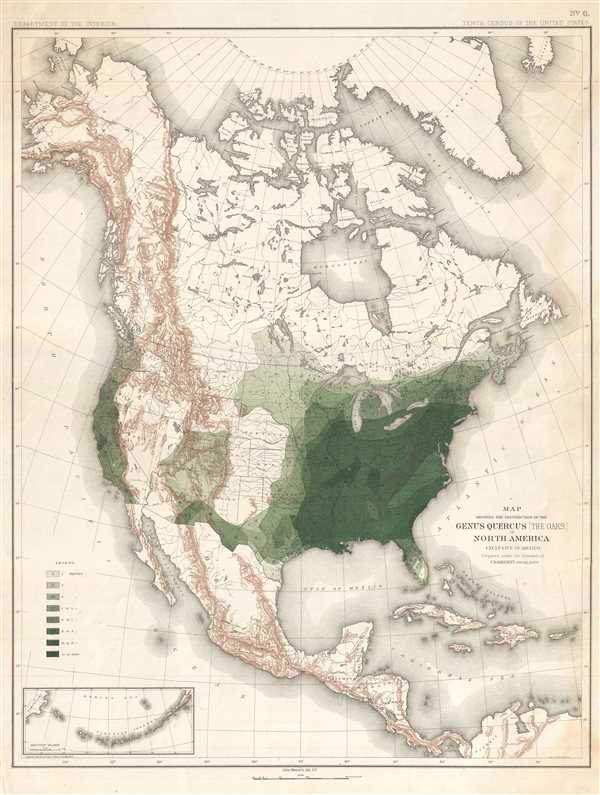 As the title suggests, the purpose of the map is to illustrate the distribution of genus Quercus, or oak, trees. A legend along the left border explains that the eight different colors present on the map indicate the number of species of oak tree which inhabits a given region of the United States and Canada. Oak trees are a type of tree in the genus Pinus, of the beech family. Per the map, oak trees are native to large portions of the eastern United States, the southern Rocky Mountains, the Pacific coast, and parts of southern Canada. The darker the color of green, the higher the number of species of oak tree that inhabit a given region.

Although created to illustrate the distribution of oak trees, several other aspects of the geography of North America are also depicted. Myriad rivers are labeled, as well as all the contemporary states, which at the time included the Indian Territory and Dakota as well as the Alaska Territory. State capitols and other major cities are labeled. Mountain ranges are depicted in both North and Central America. An inset map is located at the lower left corner and depicts the Aleutian Islands and Kamchatka.