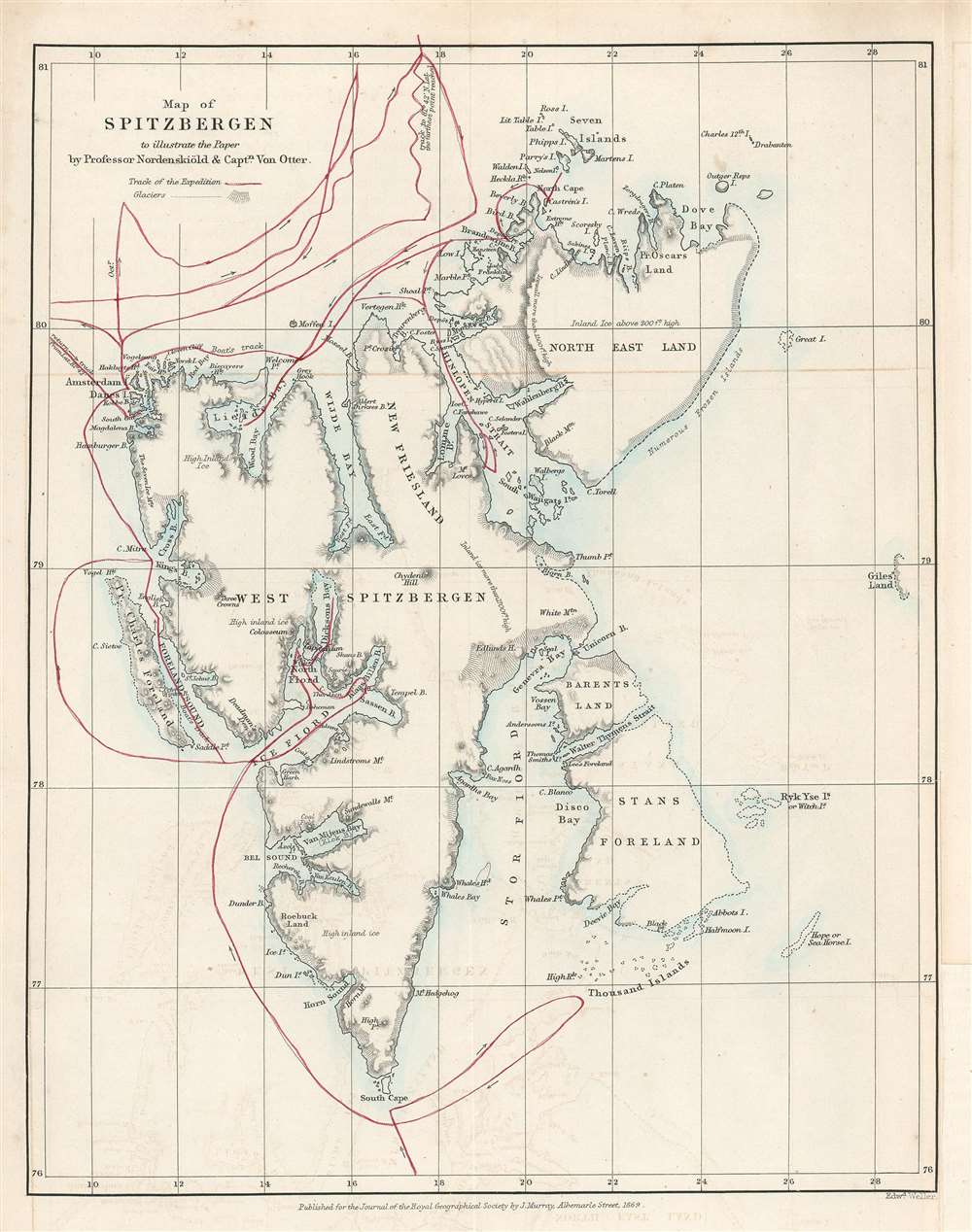 This is an 1868 John Murry Map of Spitsbergen in the Svalbard Archipelago, Norway, drawn to illustrate the 1868 Arctic expedition led by Adolf Erik Nordenskiöld and Frederick Wilhelm von Otter. Situated off the northern coast of Norway, Spitsbergen is the only permanently inhabited island in the archipelago. Numerous bays, points, coastal islands, fjords, and other important coastal locations are identified. Red lines trace the expedition's route. Its goals were to study the region's fauna, flora, geography, and geology. Its most notable achievement is that Nordenskiöld and Von Otter reached the highest latitude ever visited by humans in the Eastern Hemisphere up until that time, 81°40' North Latitude. Nordenskiöld and Von Otter both contended that if their ship, the Sofia had not been damaged by ice at that latitude, they would have been able to travel significantly further north, perhaps even to 83°N.

This map was engraved by Edward Weller and published by John Murray and accompanied Nordenskiöld and Von Otter's article 'Account of the Swedish North-Polar Expedition of 1868, under the command of A. E. Nordenskiöld and Fr. W. von Otter' in Volume 39 of The Journal of the Royal Geographical Society. An example is part of the institutional collection at Princeton University.