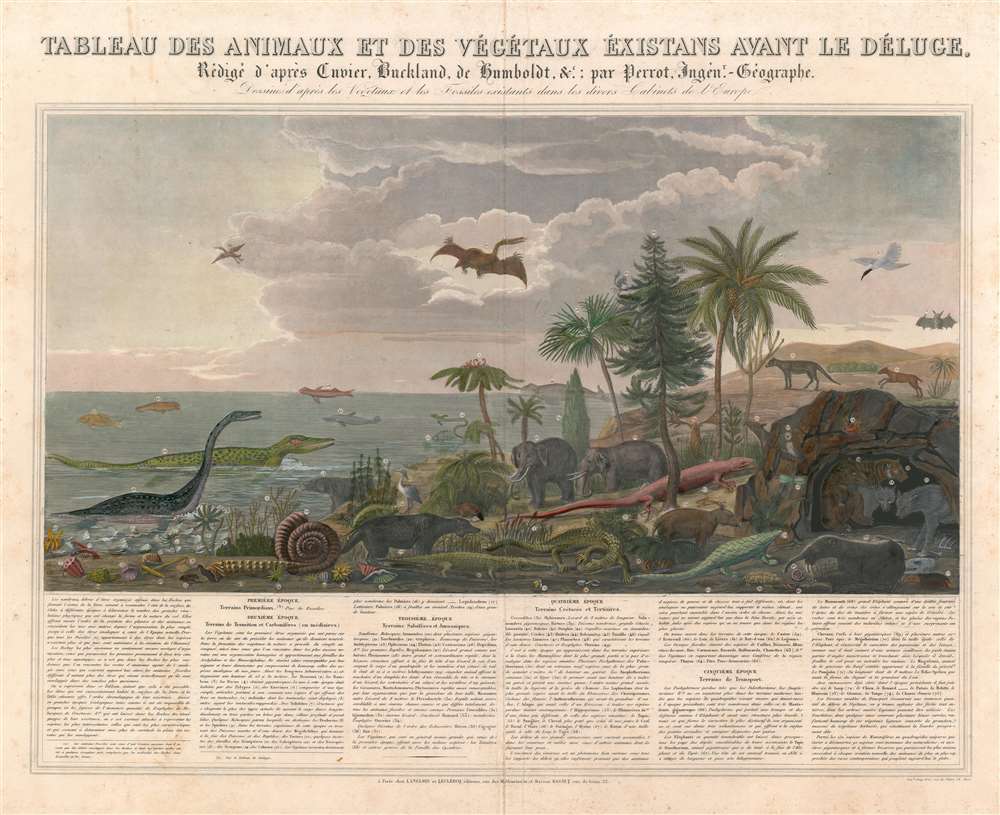 Illustrates pterodactyls and plesiosaurs next to wolves, bats, and a pangolin!

Filled with strange and unfamiliar creatures, this is 1844 Aristide Michel Perrot chart of antediluvian animals. Seventy-five different animals and plants, dating from the epoch just after primordial times to the era before the last ice age, are depicted here, with Perrot having consulted fossil collections to create this stunning piece. A narrative situated below the chart traces the evolution of these creatures across five historical epochs, presenting the plants and animals illustrated above in a sort of context. Plesiosaurs, ichthyosaurs, and pterodactyls are among the dinosaurs illustrated alongside mastodons and mammoths. Some more familiar animals, such as pangolins, wolves, and bats, are also included. The juxtaposition of the dinosaurs alongside beavers, bats, and herons gives the piece an aura that is both amusing and jarring.

This chart was created by Aristide Michel Perrot and published by the Langlois and Leclercq firm and the Basset firm in 1844. We are aware of only one other known example which is part of the Wellcome Collection in London.

Wellcome Library no. 500972i
Looking for a high-resolution scan of this?