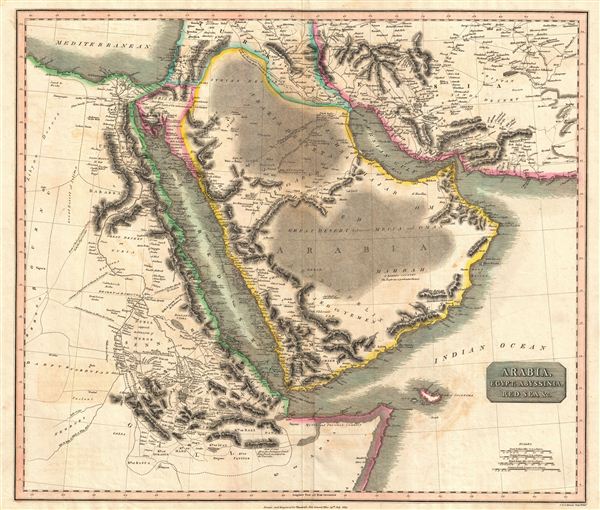 One of the finest maps of Arabia to appear in the 19th century.

This is an exceptionally fine example of John Thomson's 1814 map of Arabia, Egypt, and Abyssinia. Centered on the Arabian Peninsula, Thomson's map covers from the eastern Mediterranean to the Horn of Africa, and from the Libyan Desert to Persia. The whole of this map is beautifully engraved in the minimalist English style pioneered in the early part of the 19th century. Relief is shown by hachure with towns, caravan routes, cities, and major topographical features identified.