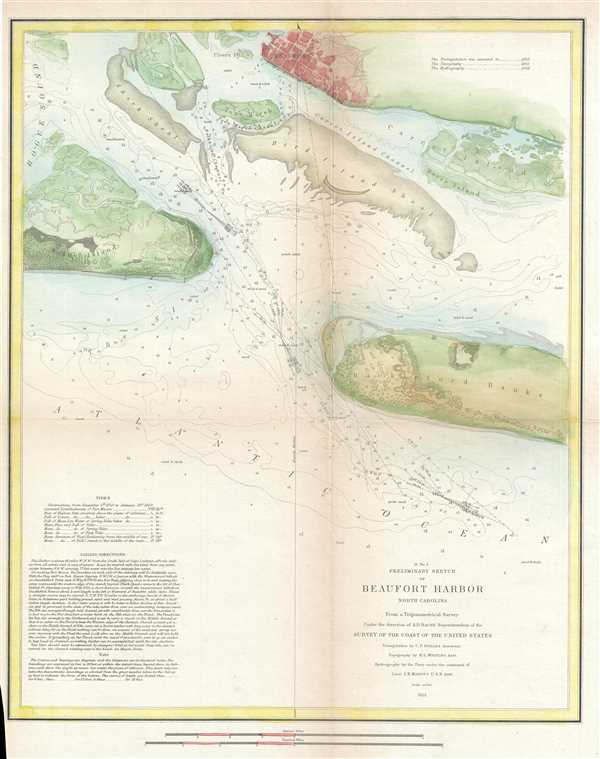 This is a beautiful example of the 1851 U. S. Coast Survey's nautical chart of Beaufort Harbor in North Carolina. The map depicts from the town of Beaufort south to the Shackleford Banks and includes parts of Carrot Island and Bogue Island. Superb inland detail is illustrated, including streets and buildings in the town of Beaufort and Fort Macon on Bogue Island. Countless depth soundings are noted throughout. The Shark Shoal and Bird Island Shoal are also included. The lower left quadrant features notes on tides and detailed sailing instructions.

The triangulation for this chart was completed by C. P. Bolles and the topography by H. L. Whiting. The hydrography was completed by a party under the command of Lieutenant J. N. Maffitt. The entire chart was produced under the supervision of A. D. Bache, one of the most prolific and influential Superintendents of the U.S. Coast Survey, and issued in the 1851 edition of the Superintendent's Report.

Very good. Minor wear and toning along original fold lines. Professionally flattened and backed with archival tissue. Blank on verso.
Looking for a high-resolution scan of this?