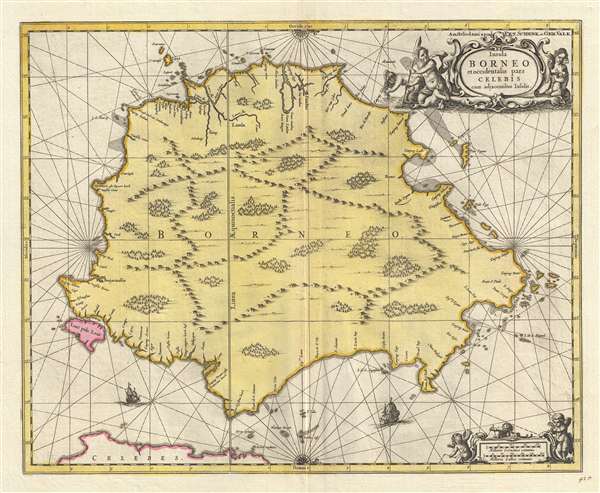 A stunning full color map c. 1710 map of Borneo by Gerard Valk and Petrus Schenk under the imprint of Valk and Schenk. The map is oriented to the west with north facing right and covers the entire island of Borneo with some of the surrounding seas. The map reveals a mountainous and forested interior, but little is truly know beyond the west coast where several trading centers are identified.

Like most maps by Valk and Schenk, this map is derived from either Joan Blaeu or Jan Jansson. Since both cartographers often issued near identical work it is hard to know who originated the cartography. Nonetheless, Valk and Schenk maps are derived from the Jansson plates, which the partners acquired in 1694.