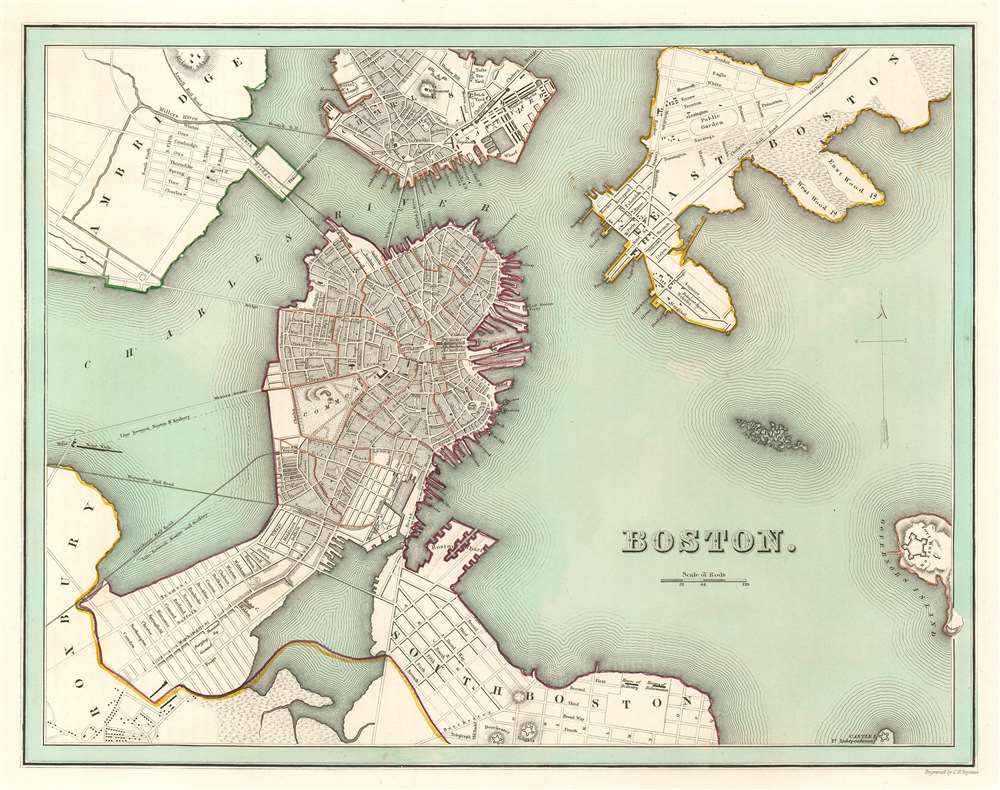 This is an 1838 Thomas G. Bradford map of Boston on the cusp of its transformation, via landfills and railroads, from a colonial port to a major metropolitan center. The map centers on the Shawmut Peninsula or Boston proper. It is surrounded by Cambridge, Charleston, East Boston, and South Boston, all of which follow, with some consistency, their original shorelines and are connected to Boston Proper via a network of bridges and ferries. Shading indicates areas of development and all of the 12 city wards in Boston proper are indicated. Important buildings ranging from schools to the state house are often identified, as are most piers and docks. In South Boston, the legendary poorhouses, the 'House of Industry' and the 'House of Reformation' are noted. Numerous bridges and rail lines are included, some remarkably extending straight through open water, particularly in the Back Bay area. Likewise, the boundary between Boston and Roxbury literally extends into open water, giving a clear message of the plans already in place by the city governance.

This map was engraved by G. W. Boynton and published in the 1838 edition of Bradford's An Illustrated Atlas, Geographical, Statistical, and Historical of the United States.