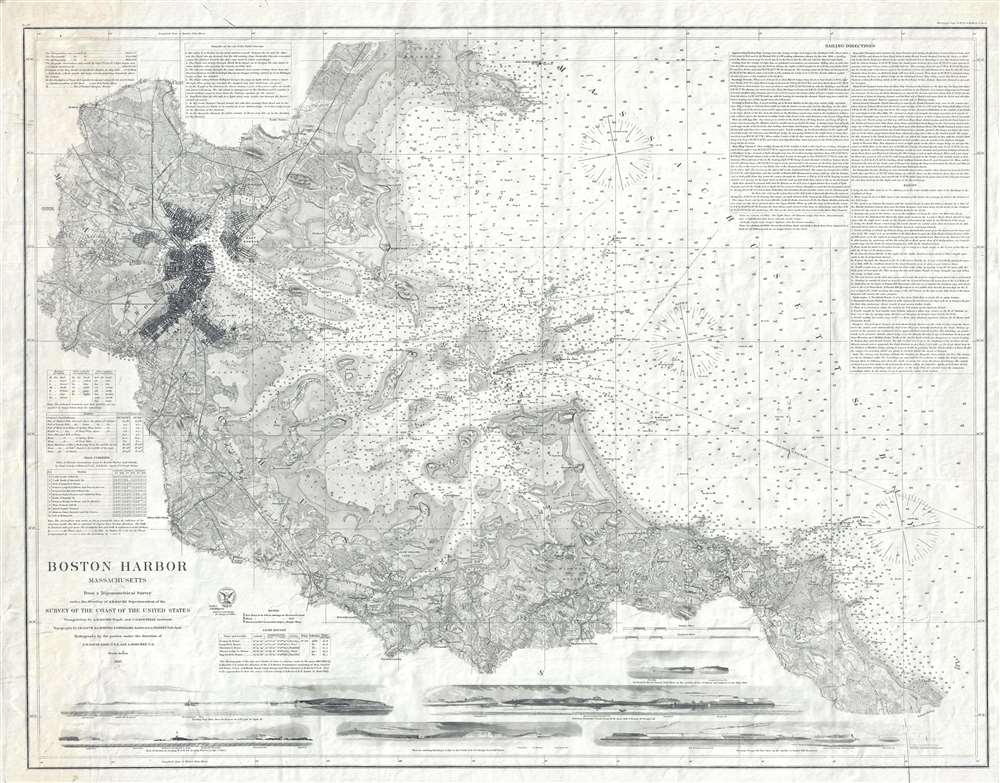 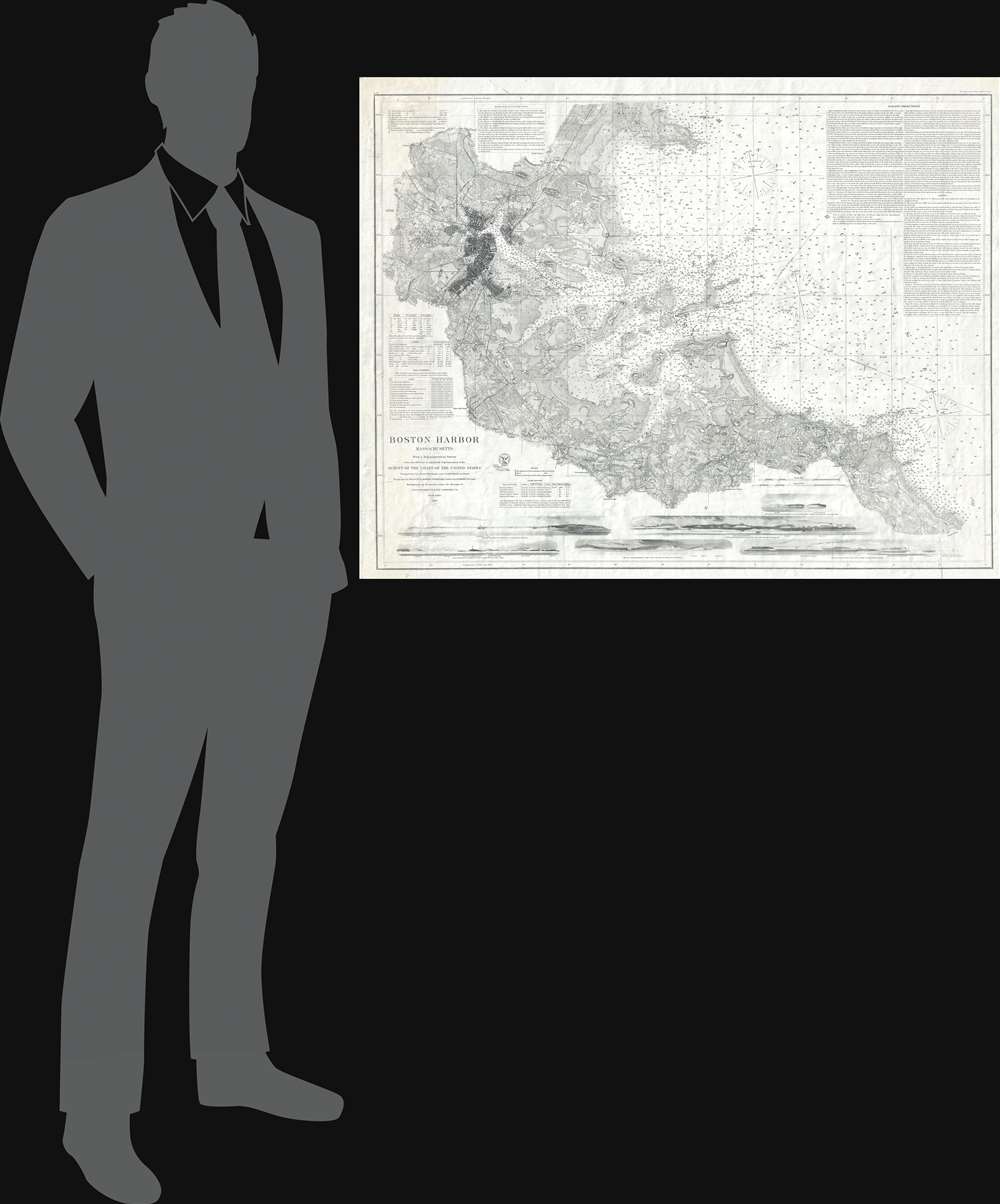 Highly detailed and meticulously engraved, myriad depth soundings fill Boston Harbor and Massachusetts Bay (this map was originally created to be used on board ships as a navigation aid). Islands, peninsulas, and points are labeled, along with numerous bays and a handful of beaches, such as Nantasket Beach and Chelsea Beach. The city of Boston immediately jumps off the map since the city's dense network of roads and buildings appear darker color than the remainder of the chart. In addition to Boston proper, Cambridge, Charlestown, Chelsea, and other smaller towns are labeled. Solid black lines represent the railroads, such as the Boston, Hartford, and Erie Railroad, the Old Colony Rail Road, and the Boston and Maine Railroad. The Mystic River, the Charles River, and the Chelsea River are each identified.

Situated along the bottom border, several views allow the mariner to have a better understanding of what they would see when traveling this stretch of the coast. These views include the Boston Lighthouse as seen from the west-northwest, a view of Nix's Mate and the Deer Island Beacon, and several others. Tables containing information about lighthouses, tidal currents, and tides are included on the lower left, while a set of remarks on the set of the tidal currents is situated along the top border. Sailing directions and ranges for the region are included in the upper right corner.

This chart was issued in 1867 copper plate of the United States Coast Survey nautical chart of Boston Harbor. There were many later reissues, often from the original plate, so it is impossible to distinguish between 19th century editions unless there have been updates. The chart was produced under the direction of A. D. Bache, the Superintendent of the Survey of the Coast of the United States, with triangulation, topography, and hydrography work completed by several teams of workers and their assistants.