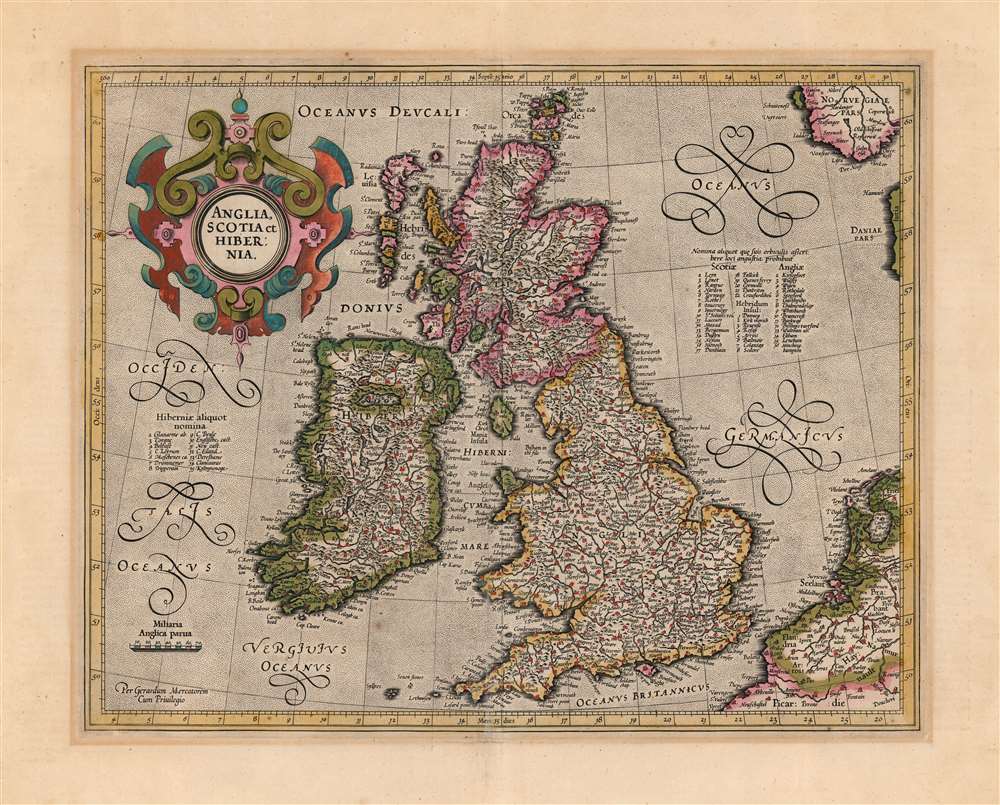 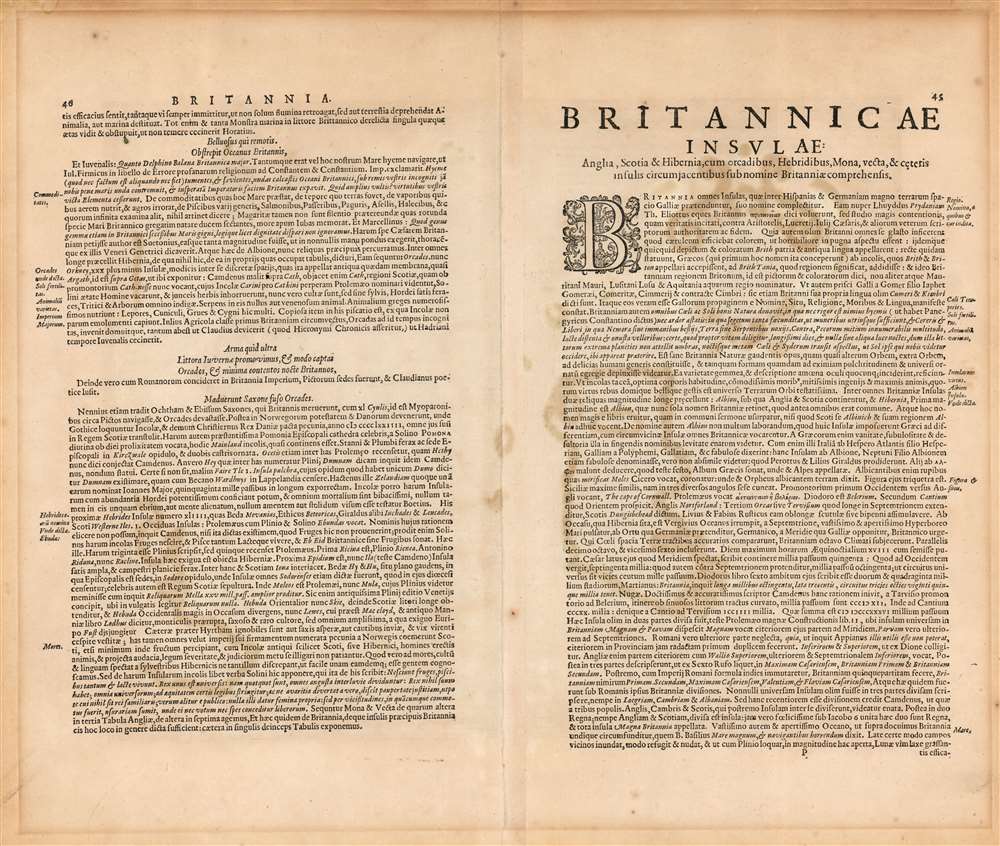 The present map represents a major update on Mercator's 1564 8-sheet wall map of the British Isles. He sourced much of his cartographic detail for England and Wales from the 1581 Christopher Saxton map, and Ireland from Lawrence Nowell's unfinished works. Mercator's own delineation of Scotland would stand. According to Shirley, it would 'remain the standard outline, apart from minor improvements by Speed, until a new map of Scotland by Robert Gordon was published in 1654'.

Although the atlas was published posthumously by Mercator's heirs, this is among the maps engraved personally by the master. Mercator's immaculate engraving features a baroque strapwork title cartouche in the upper left, beautiful calligraphic lettering, and fine stippling in the seas. Shirley hailed this work as 'one of restrained decoration and balance'. For the sake of legibility, Mercator had to assign a number of place names to numbered lists keyed to the map. The Latin note explains: 'The narrowness of space prohibited writing some names with their circles'.

This map was engraved by Gerard Mercator after 1585, but was not published until 1595 by his heirs in the posthumous Atlas sive Cosmographicae. It was included in editions of the Mercator / Hondius atlas until 1630. The typography of the verso text conforms to the 1623 and 1630 editions of the Hondius atlas. Nineteen examples of the separate map appear in institutional collections in a variety of editions.

Hondius, H., Atlas, editio quinta, (Amsterdam: Hondius) 1623.     Mercator's Atlas is one of the most important works in the history of cartography. Although in fact Ortelius was the first to publish a proper atlas, the Teatrum Orbis Terrarum, Mercator's Atlas the first book to employ the term Atlas for a collection of maps. The term is derived both from the mythical titan, Atlas, who was forced to bear the world upon his shoulders, and the Libyan king, philosopher, and astronomer of the same name that, so the legend goes, constructed the first globe. Mercator dedicated the final 25 years of his life to compile the Atlas. He published two parts during his lifetime in 1585 and 1589, but the final part published posthumously by his son Rumold Mercator, in 1595. The map plates for the Atlas were later acquired by Jodocus Hondius who published the most complete and well known edition in 1606. It was Jodocus who popularized the Atlas and who did the most to elevate Gerard Mercator's work.