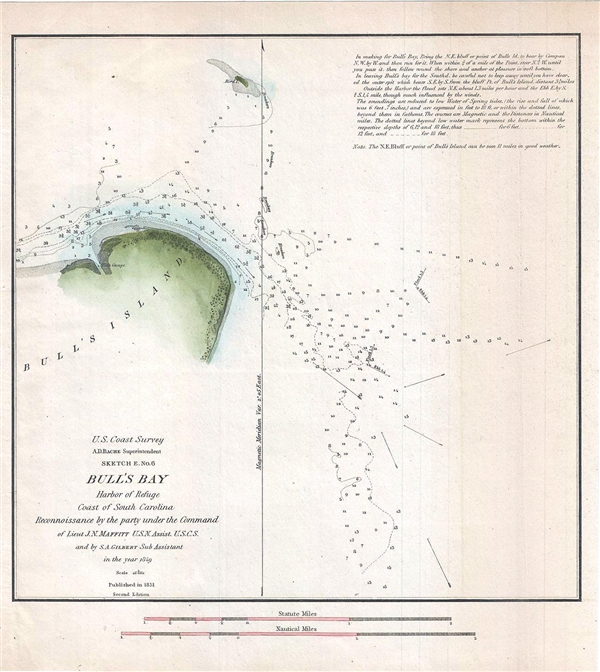 This is an attractive 1851 U.S. Coast Survey nautical chart or map of Bull’s Bay and the Harbor of Refuge on the coast of South Carolina. The map shows the reconnaissance work of the coastal survey party under the command of Lieutenant J.N. Maffitt and assisted by S.A. Gilbert in 1849. Tides and currents and instructions for sailing to and from Bull’s Bay appear in the top right corner. The entire work was produced in 1861 under the direction of A. D. Bache, Superintendent of the Survey of the Coast of the United States and one of the most influential American cartographers of the 19th century. Issued in the 1861 edition of the Superintendent’s Report.

Very good. Minor wear and toning on original fold line. Backed on archival tissue.
Looking for a high-resolution scan of this?