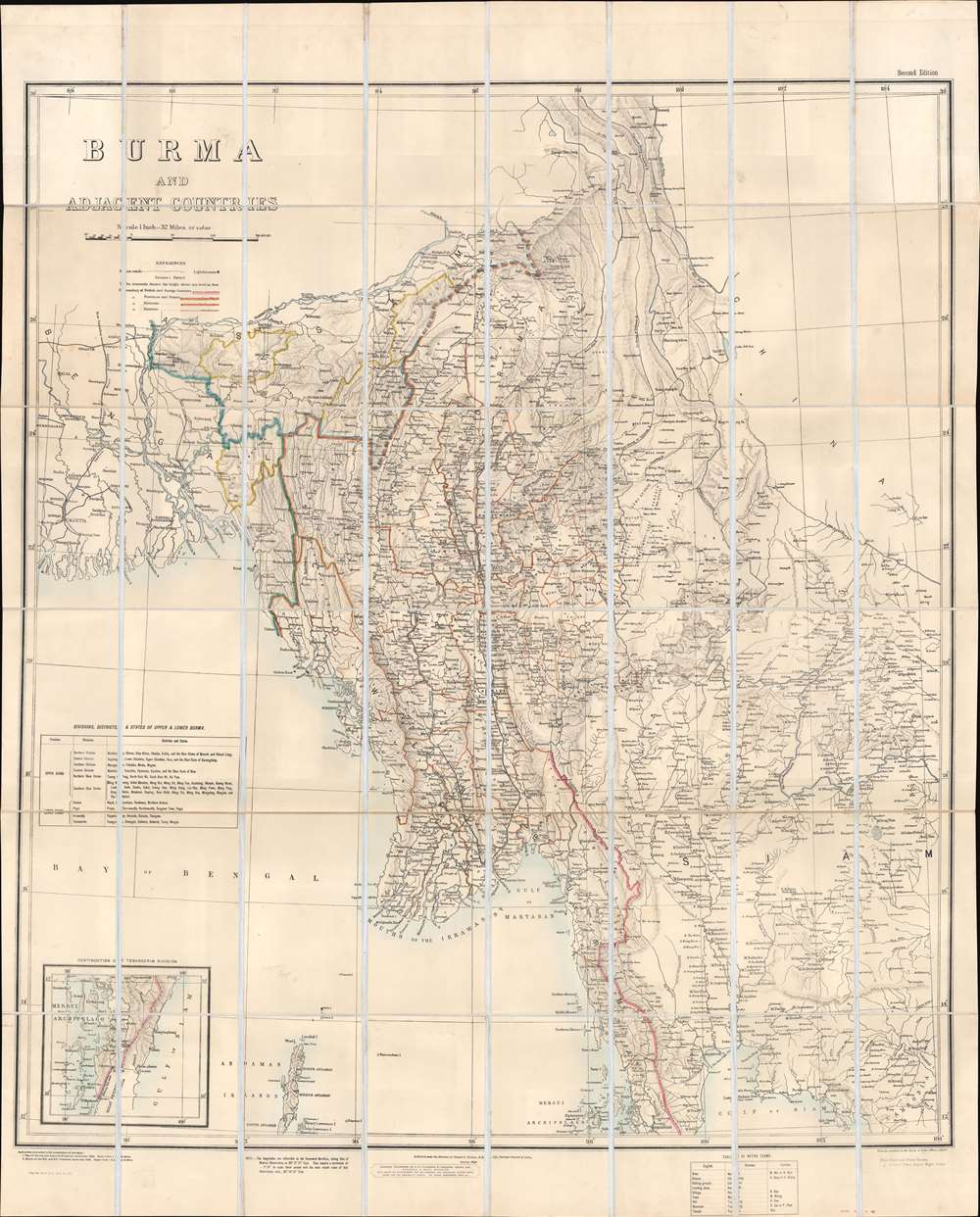 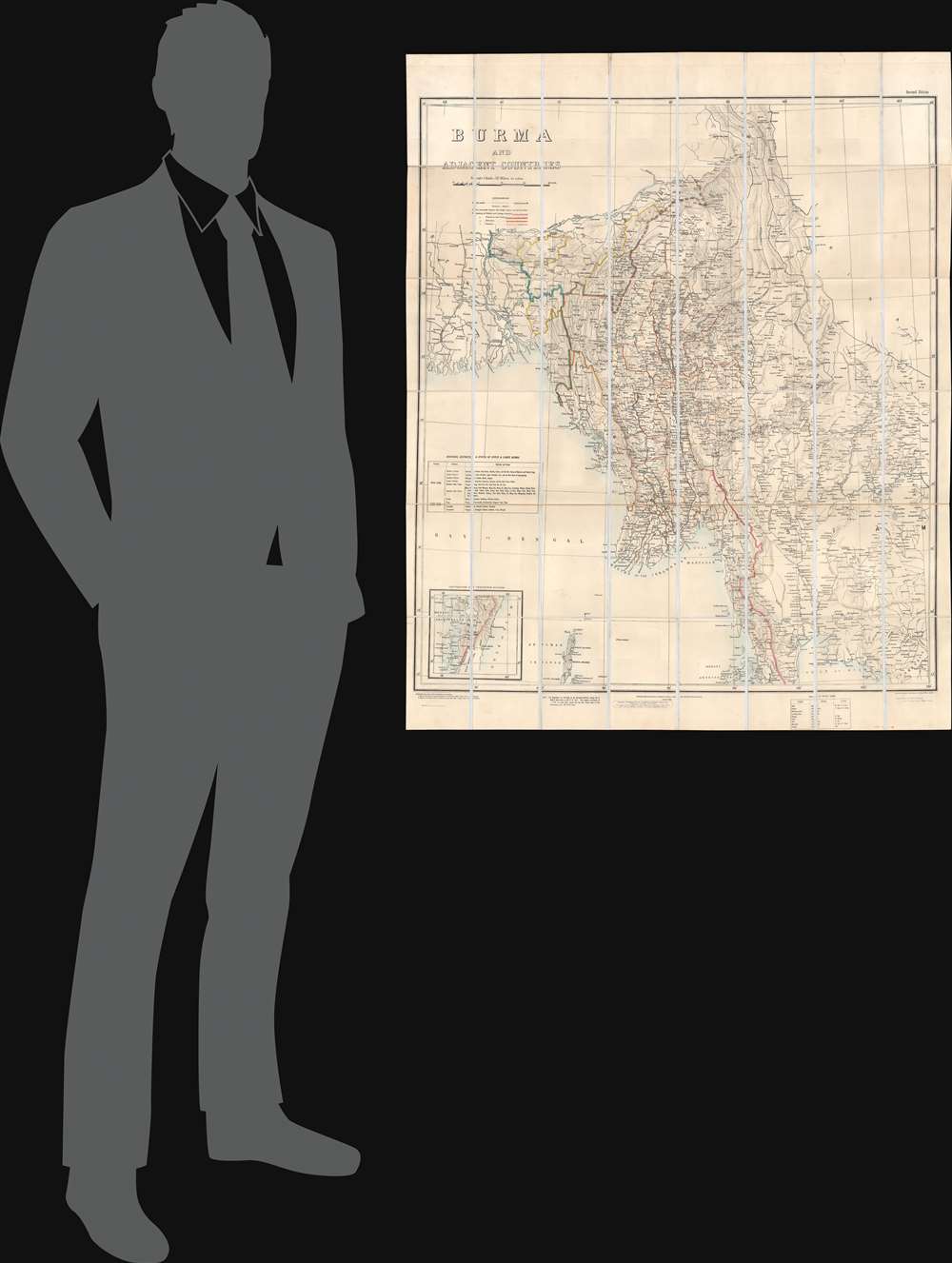 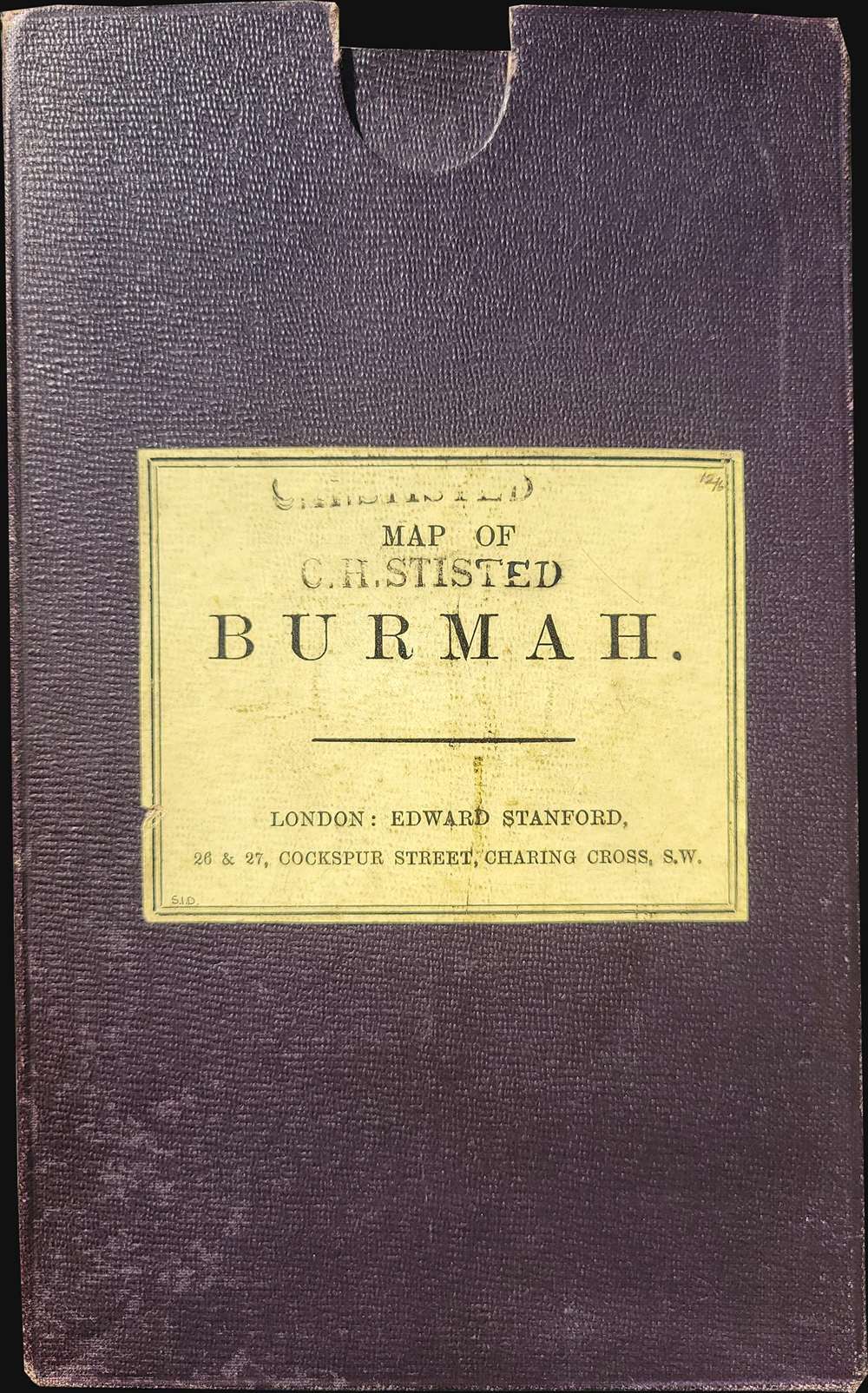 This is an 1892 Survey of India map of Burma (Myanmar), published 6 years after Lower Burma became a province of British India. Constant resistance to British rule, and insurgency activity kept this region persistently in the British press, likely the raison d'être for this large and impressive map. Coverage extends from Calcutta to Cambodia and Thailand (Siam), districts and states throughout are illustrated and labeled, along with cities, towns, and villages. The region's many rivers, including the Ganges and Irrawaddy, appear in detail. Black lines trace the Burma State Railway from Rangoon to Mandalay and points north, and the Eastern Bengal State Railway north from Calcutta. Ruby mines, one of the major resources in Upper Burma, are labeled. An inset in the lower-left details extreme southern Burma, identified here as the Tenasserim. A table in the lower left names British imposed districts and states in both Upper and Lower Burma.

Before the Third Anglo-Burmese War in 1895, only Lower Burma had been annexed by the British. After the war, the Burmese king was deposed, Burma lost all sovereignty, and it became a province of British India. Although the war only lasted two weeks and saw very little fighting, a tenacious guerrilla resistance sprang up after the peace was signed. This resistance lasted for ten years. Burma remained a part of British India until World War II, when it fell to the Japanese and became a major theater of war between the Japanese and the Allies. Burma gained its independence on January 4, 1948.

This map was created by the Survey of India under the direction of Colonel G. Strahan, Royal Engineers. It was sold by Edward Stanford. Two editions of this map were published. The first edition appeared in 1890 and the second edition (of which the present map is an example) was published in 1892. We note two examples of the second edition cataloged in OCLC which are part of the collection at The British Library and the Universitätsbibliothek Marburg.

Very good. Dissected and mounted on linen in forty-eight (48) panels.