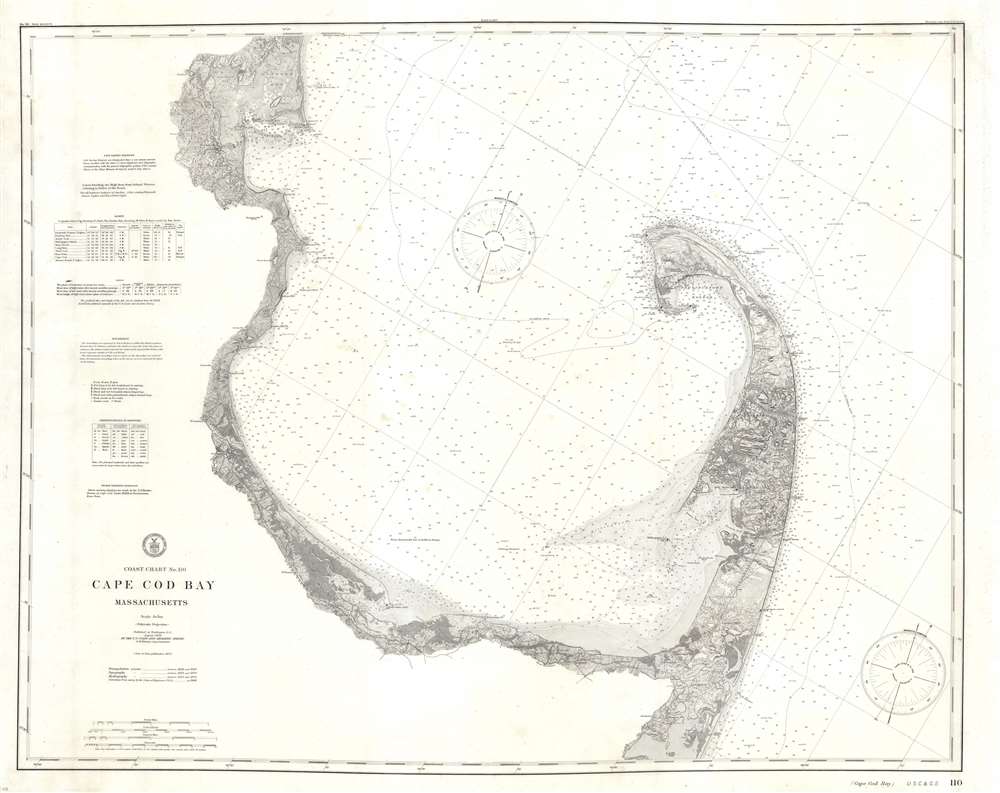 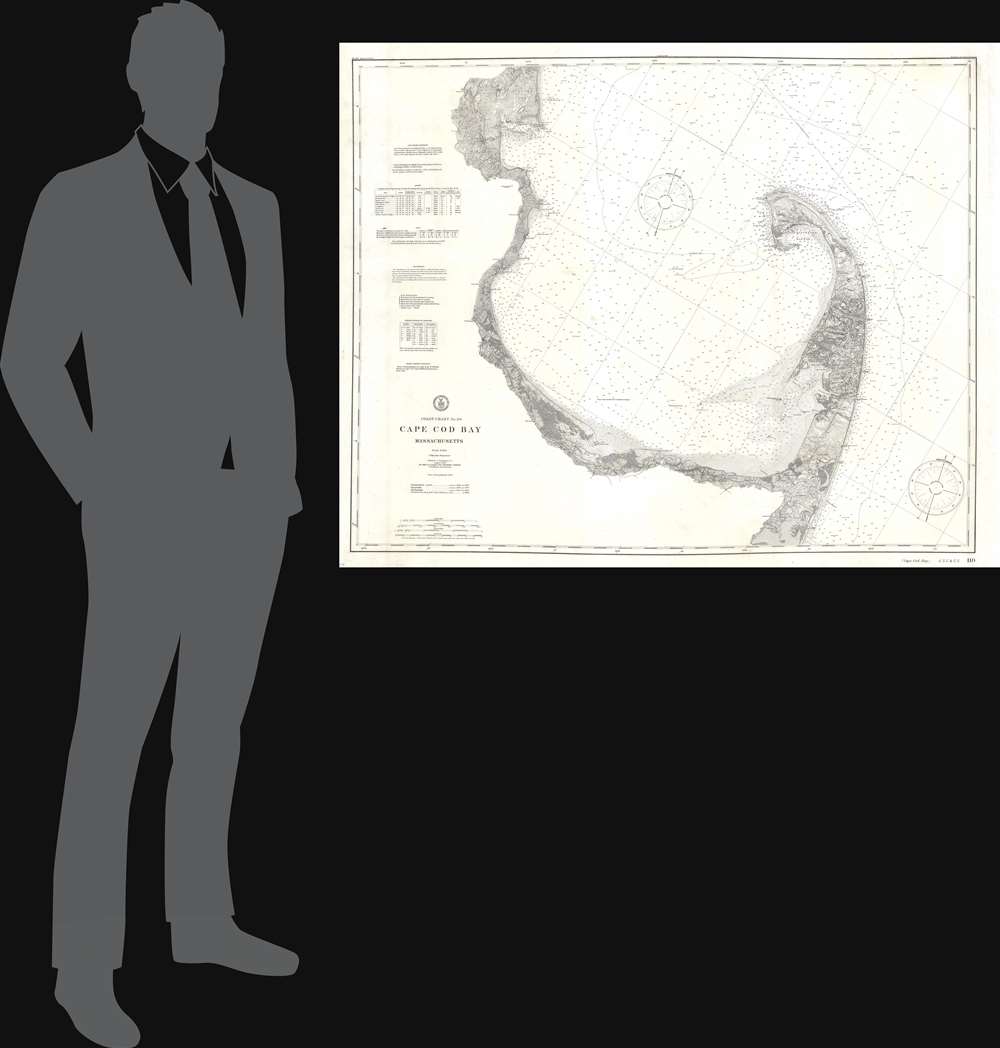 A stunning large format separate issue 1908 U.S. Coast Survey nautical chart or maritime map of Cape Cod Bay - representing the culmination of nearly 100 years of active survey work in these waters. The chart follows the Massachusetts coastline from Duxbury Bay to Provincetown at the tip of Cape Cod and south as far as Nickerson's Neck. As a whole it is extraordinarily engraved, with near 3-dimensional detail inland on the Cape. At the base of the map there are three land profile charts - intended to help navigators identify prominent features on distant shorelines. The left-hand quadrants of the map feature various tables, sailing instructions, notes on soundings and tides, and a wealth of other practical information for the mariner.

This chart was first published in 1872, the present example being the updated 1908 edition issued under the supervision of O.H. Tittmann, Superintendent of the Survey.