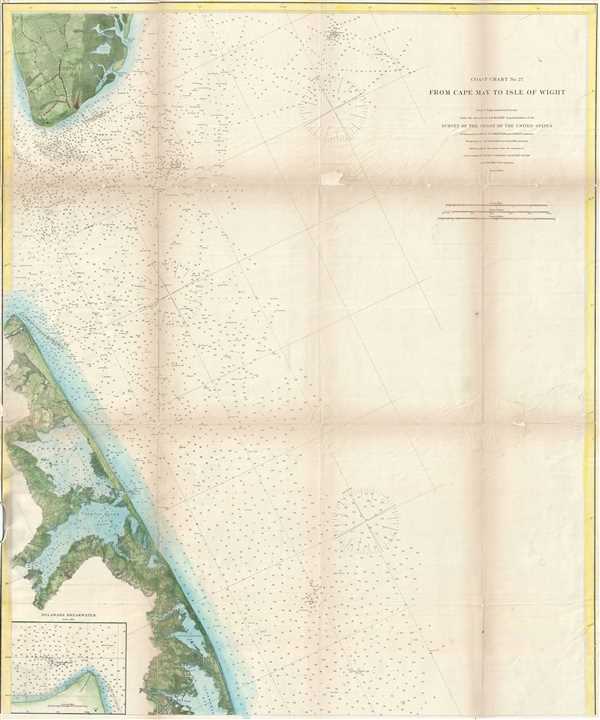 Unusual chart of the coasts of New Jersey and Delaware.

This is a c.1860 U.S. Coast Survey chart of the coast of New Jersey’s Cape may to Isle of Wight in Maryland. It depicts part of the Atlantic Ocean near the mouth of the Delaware Bay and extends from Turtle Gut inlet south to Assawoman Bay, including Cape May, Cold Spring and Cape Henlopen. An inset in the lower features Delaware breakwater. Nautically this map offers a wealth of practical information for the Mariner, including countless depth soundings

This map was compiled under the direction of A. D. Bache, Superintendent of the Survey of the Coast of the United States and one of the most influential American cartographers of the 19th century.

Good. Minor wear and some toning along original fold lines. Some loss and damage at places with verso repairs. Minor spotting. Professionally flattened and backed with archival tissue. Minor edge wear. Narrow margins.
Looking for a high-resolution scan of this?