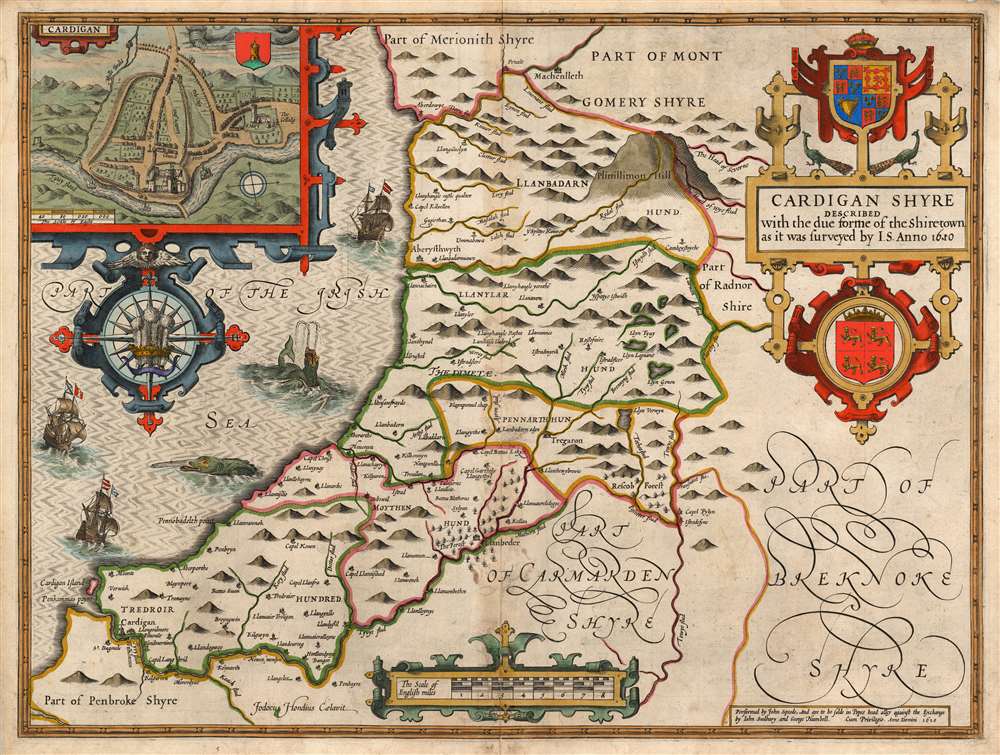 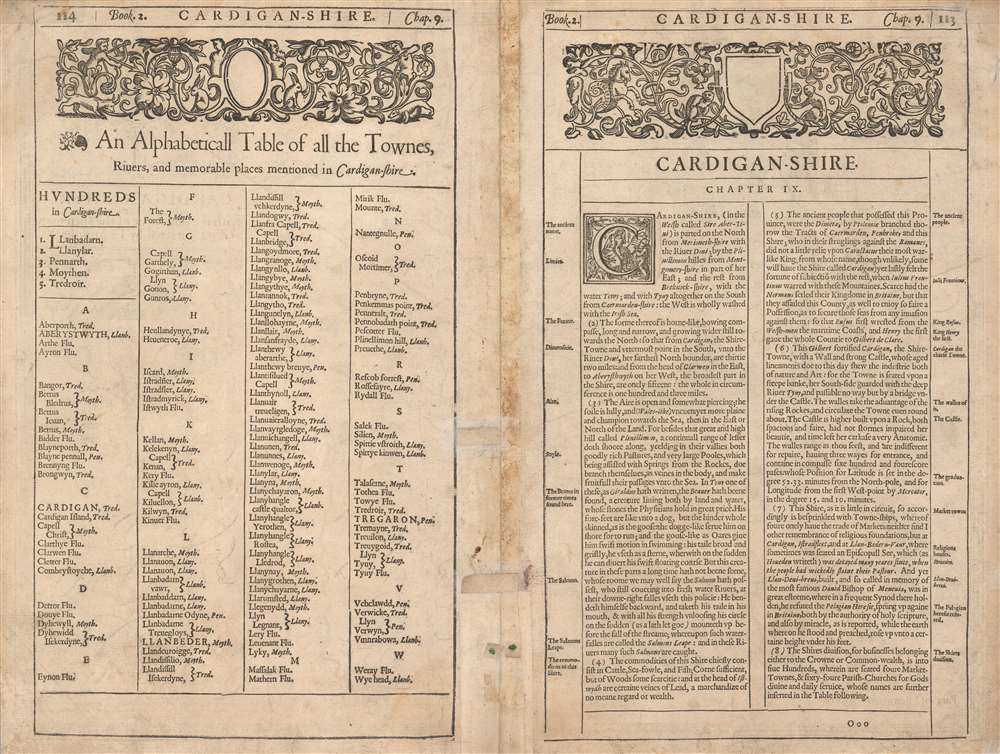 This is John Speed's map of the county of Cardiganshire, Wales. Engraved in 1608, this map was included in a 1627 edition of Speed's The Theatre of the Empire of Great Britaine. While many of Speed's maps were derived from the work of Christopher Saxton, this one was founded on Speed's own surveys. The map is beautifully engraved - this, the work of Jodocus Hondius - and identifies the county's towns, major villages, and its five hundreds of Genau'r-Glyn (Llanbadarn on the map), Ilar (Llanylar), Moyddyn, Penarth and Troedyraur. Rivers are marked and named. The region's mountainous terrain is indicated pictorially, with special emphasis placed on 'Plinillimon Hill' - that is to say, Plynlimon or Pen Pumlumon Fawr, the highest point of the Cambrian Mountains in Wales, and the source of the rivers Severn, Wye and Rheidol. (The headwaters of these rivers are all shown.)

The map's cartouche is decorated with the Royal Arms and those of the Princes of Wales. The feather badge of the Prince of Wales decorates the fine compass rose in Cardigan Bay - whose waters are patrolled by three fine sailing ships, and menaced by two extraordinary sea monsters. An inset plan in the upper left details the town of Cardigan on the banks of the River Teifi. High Street, Church Street, and 'Souter's Street' are labeled on the map. The Castle and castle bridge are shown but not named. St. Mary's Church is shown, but labeled 'The Colledg.'

In the second half of the first millennium, Ceredigion was a minor kingdom in its own right, but has been administered as a county since Edward I's conquest of the principality of Wales in 1282. It remains a center of Welsh culture.

This map was engraved by Jodocus Hondius in 1608 for inclusion in John Speed's The Theatre of the Empire of Great Britaine, published in London by Sudbury and Humble in 1614. It continued in publication in the atlas in all its editions, including those that were bound together with Speed's A Prospect of the Most Famous Parts of the World. This example bears the Sudbury and Humble imprint, and typographically corresponds to 1627 editions of the Prospect. Perhaps twenty-nine examples of the separate map, in various editions, appear in institutional collections.

Speed, John, The Theatre of the Empire of Great Britaine…, (London: John Sudbury and George Humble) 1627.