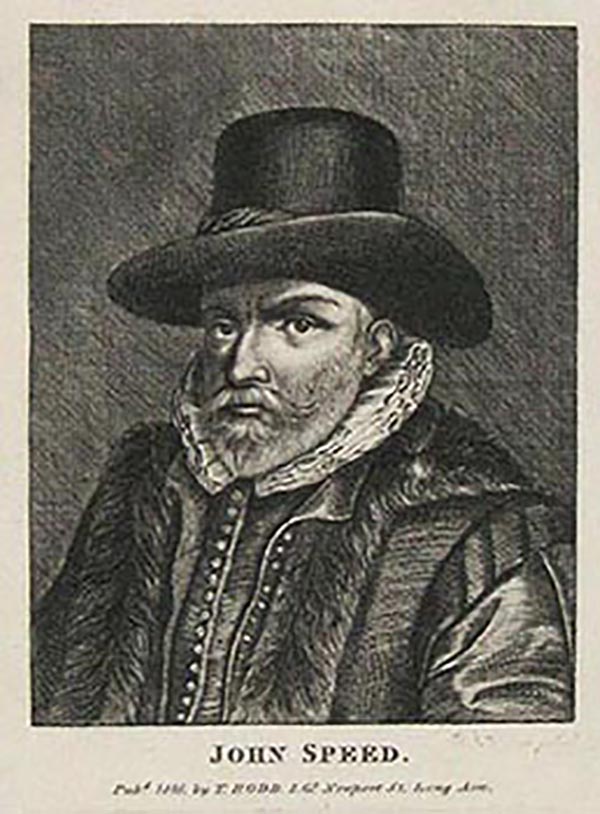 John Speed (1542 - 1629) was an important English historian and cartographer active in the early 17th century. Speed was born in Fardon, Cheshire and apprenticed under his father as a tailor. Though his heart was never in tailoring, Speed dedicated himself to this profession until he was about 50 years old. During all the time, Speed dedicated his spare time to research as amateur historian and mapmaker - even preparing several maps for Queen Elizabeth. In London, Speed's interest in history lead him to join the Society of Antiquaries. Eventually he befriended the wealthy Sir Fulke Greville, who sponsored his researches and eventually freed him from the haberdashery profession. Working with William Camden, Speed eventually published his 1611 Historie of Great Britaine. Though this history itself was amateurish and of minimal importance, Speed's inclusion of numerous maps of British Cities and town was seminal. In many cases these plans were the first maps ever issued of their respective subjects. Later, turning his attention more fully to Geography, Speed published the magnificent atlas Theatre of the Empire of Great Britaine and, just prior to his death, the 1627 A Prospect of the Most Famous Parts of the World. These were the first British world atlases and have a landmark position in the history of cartography. These atlases continued to be published well after Speed's death.