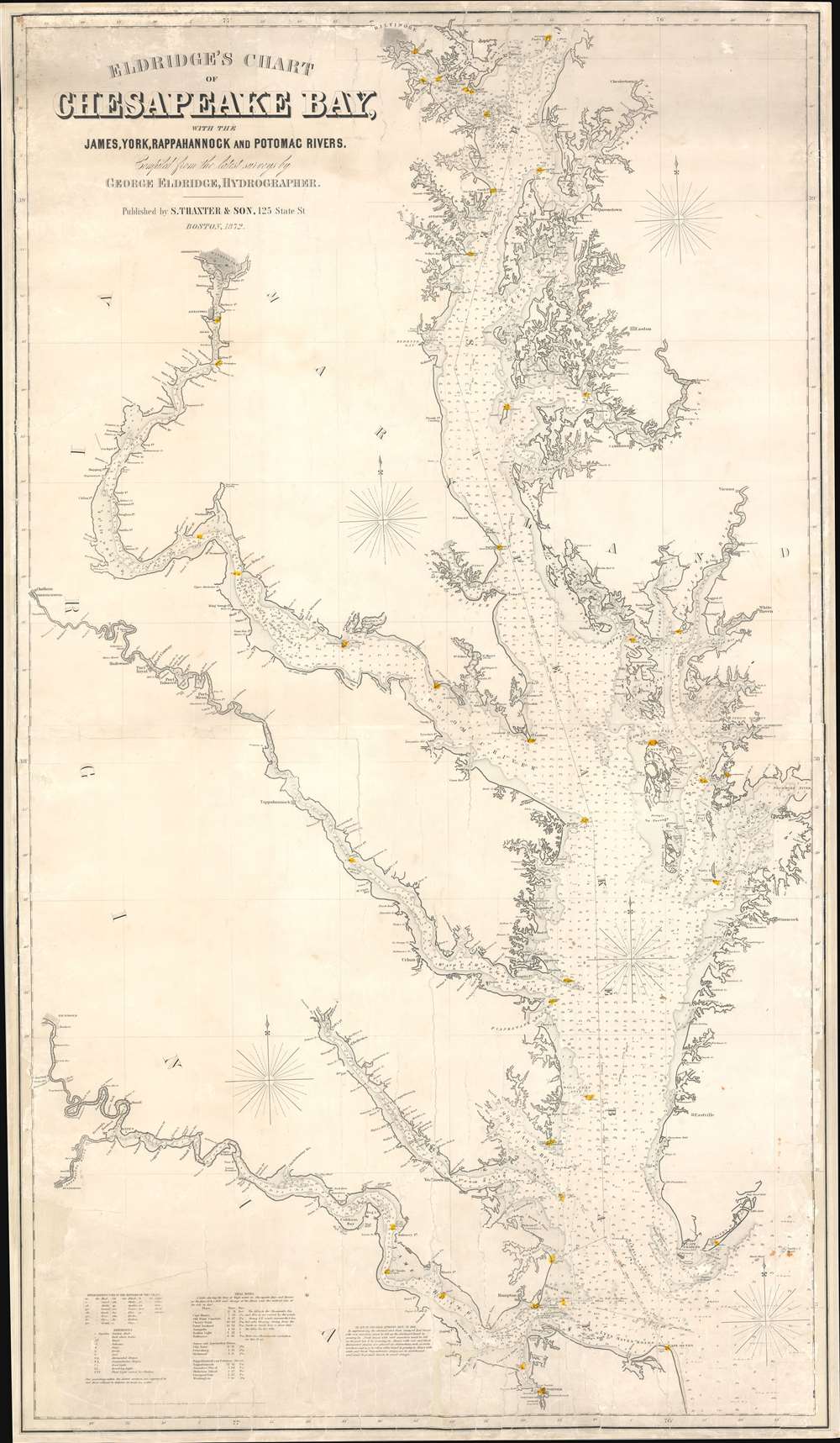 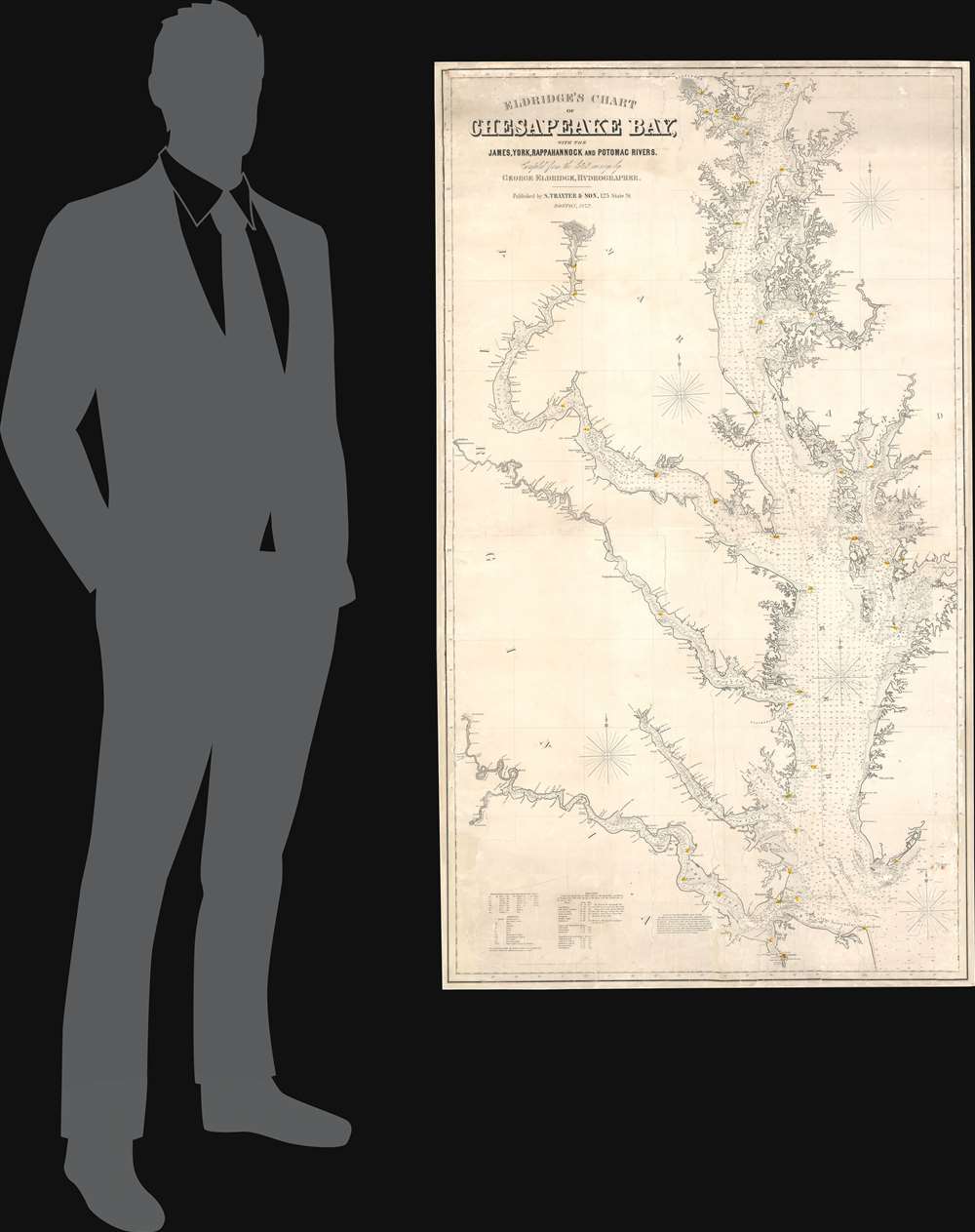 A rare 1872 Eldridge / Thaxter nautical chart or maritime map of the Chesapeake Bay. This expansive chart covers the Chesapeake from its mouth at Cape Henry to Baltimore. It extends westward to include the James, York, Rappahannock, and Potomac River estuaries. In a brilliant aesthetic flourish, Washington D.C. appears centered directly below the title area. Includes original hand color highlighting of lighthouses.

Although based upon the official Coast Surveys, the Eldridge charts were unsubsidized and more expensive. They survived because of good design, simplicity, omission of extraneous shore topography, legible sounding and notes, and the use of compass courses only.… Their loyal public, fishermen, coaster, tug masters, and yachtsmen, often continued to use obsolete Eldridge charts until the beginning of World War II. (Guthorn, U. S. Coastal Charts, p. 12.)


Samuel Thaxter and Son (fl. 1722 - 1916). Samuel Thaxter (1769 - 1842) is the founder of a Boston dynasty of manufacturers of mathematical instruments and nautical charts. He founded the firm in 1792 and is first referenced in the 1796 Boston Directory. Around 1822 he incorporated his son, Joseph H. Thaxter (1801 - 1835), into the business renaming it 'Samuel Thaxter and Son'. The firm would retain this name for the remainder of its existence. This successful business was subsequently passed to Joseph H. Thaxter's son, Samuel Thaxter Cushing (1821 - 1882), in 1843. It was Thaxter Cushing who developed the firm's publishing arm, partnering with the Boston nautical chart maker George Eldridge. They are best known for 13 large format blueback charts focusing on the east cost of the United States published in the second half of the 19th century. They also published numerous smaller maps and pilot books. After Thaxter Cushing died the firm was taken over by his widow, Abby C. Cushing, who managed it until 1905. It was subsequently managed by Herbert Risteen Starratt and continued to be registered in the Boston Directory until about 1916. Learn More...