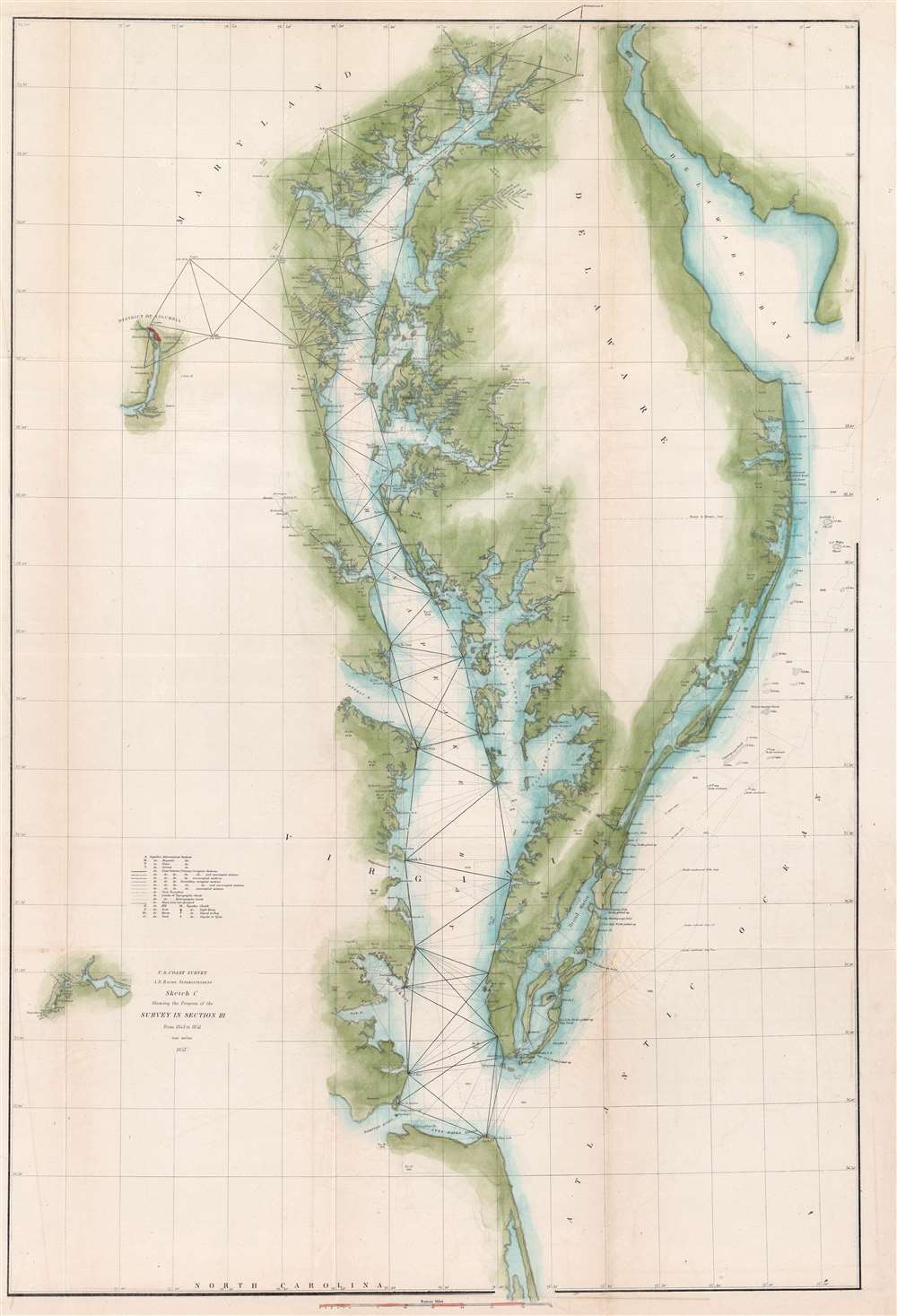 A wonderful coast survey chart of the Chesapeake and Delaware Bays.

This is an 1852 U.S. Coast Survey nautical chart or maritime map of the Chesapeake Bay. The map depicts Bay from Susquehanna, Maryland to the northern Outer Banks in North Carolina and from Richmond and Petersburg, Virginia to the Atlantic Ocean. Extensive triangulation surveys were conducted the length of Chesapeake Bay and are illustrated here The Rappahannock, Potomac, and York Rivers are labeled, as is Hampton Roads. This is progress chart, so several more specific charts of the region are referenced here, allowing a viewer to locate a chart for the specific part of Chesapeake Bay they are looking for.

The United States Coast Survey considered the construction of a detailed map of the Chesapeake Bay to be one of its top priorities. Various commands under Blunt, Maffit, Cutts, Hassler, Lee, Nelson, Gerdes, and others contributed extensive data to the multi-year effort. In the effort to map this region, the northern extremes of the Chesapeake Bay, long considered the most dangerous and poorly charted, where given precedence.

Bache, A. D., Report of the Superintendent of the United States Coast Survey, (Washington) 1852.

Very good. Backed on archival tissue for stability. Even overall toning. Blank on verso.
Looking for a high-resolution scan of this?