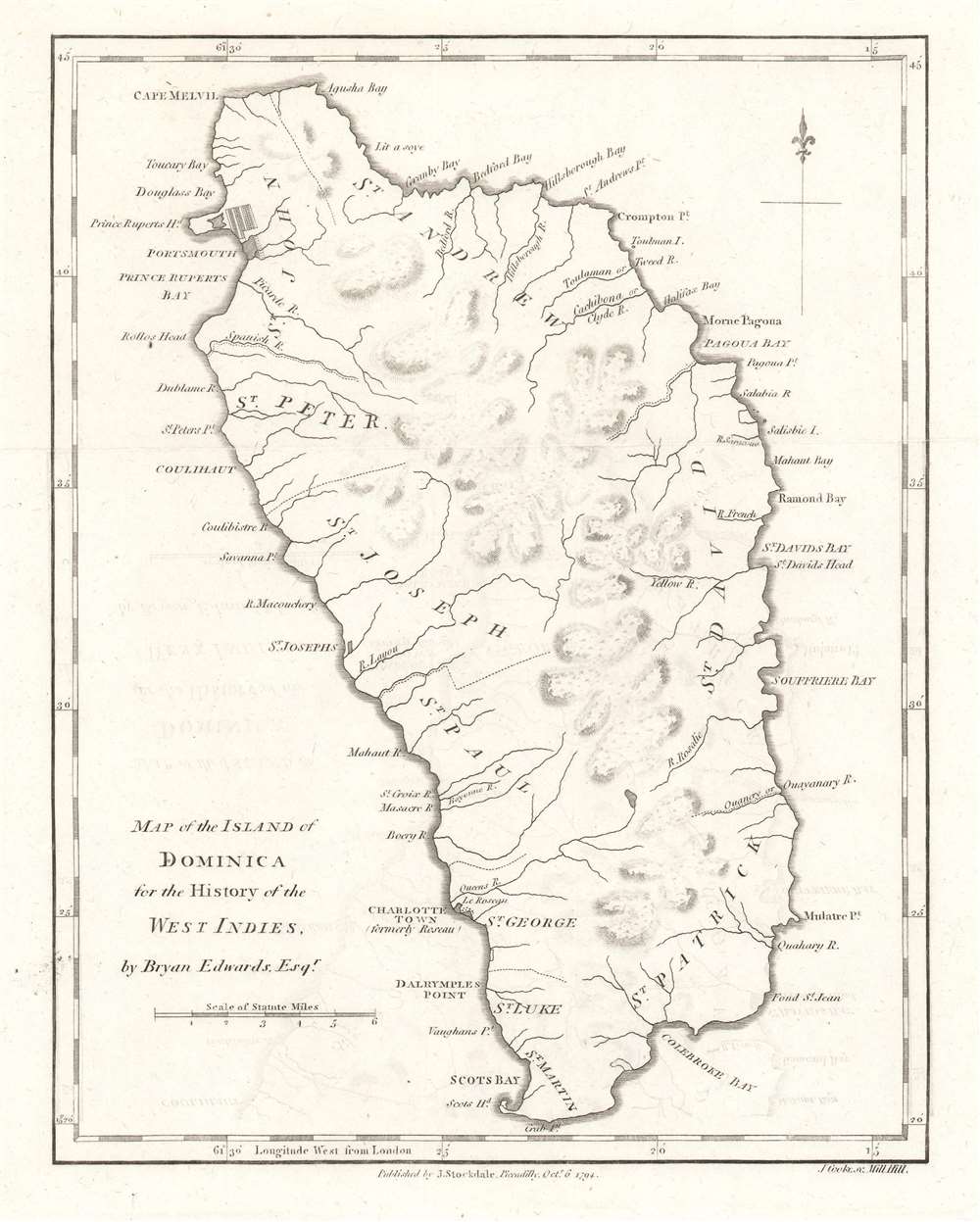 A Caribbean island hotly contested by the British and French in the 18th century.
$300.00

This is a 1794 Bryan Edwards and John Stockdale map of Dominica. Roseau, Dominica's capital, is labeled here as Charlotte Town, likely a British to stifle French influence. Bays, points, and other coastal landmarks are identified, and rivers are illustrated. The island's parishes are also labeled.

Dominica was one of the most disputed islands in the Caribbean during the late-18th century. France established the first colony on the island in 1690. The French lost the island to a British invasion in 1761, and formally ceded Dominica to Britain in 1763 under the terms of the Treaty of Paris. Then, in 1778, during the American Revolution, the French launched an unsuccessful bid to recapture Dominica, which was formally returned to the British by the 1783 Treaty of Paris. The French invaded two more times, in 1795 and 1805, but never managed to regain control.

This map was created by Bryan Edwards for publication in his book The History Civil and Commercial of the British Colonies of the West Indies and published by John Stockdale in 1794. Five examples are cataloged in OCLC and are part of the institutional collections at the National Library of Scotland, the State Library of Victoria, the Bayerische Staatsbibliothek in Munich, The British Library, and the University of the West Indies on Trinidad and Tobago.