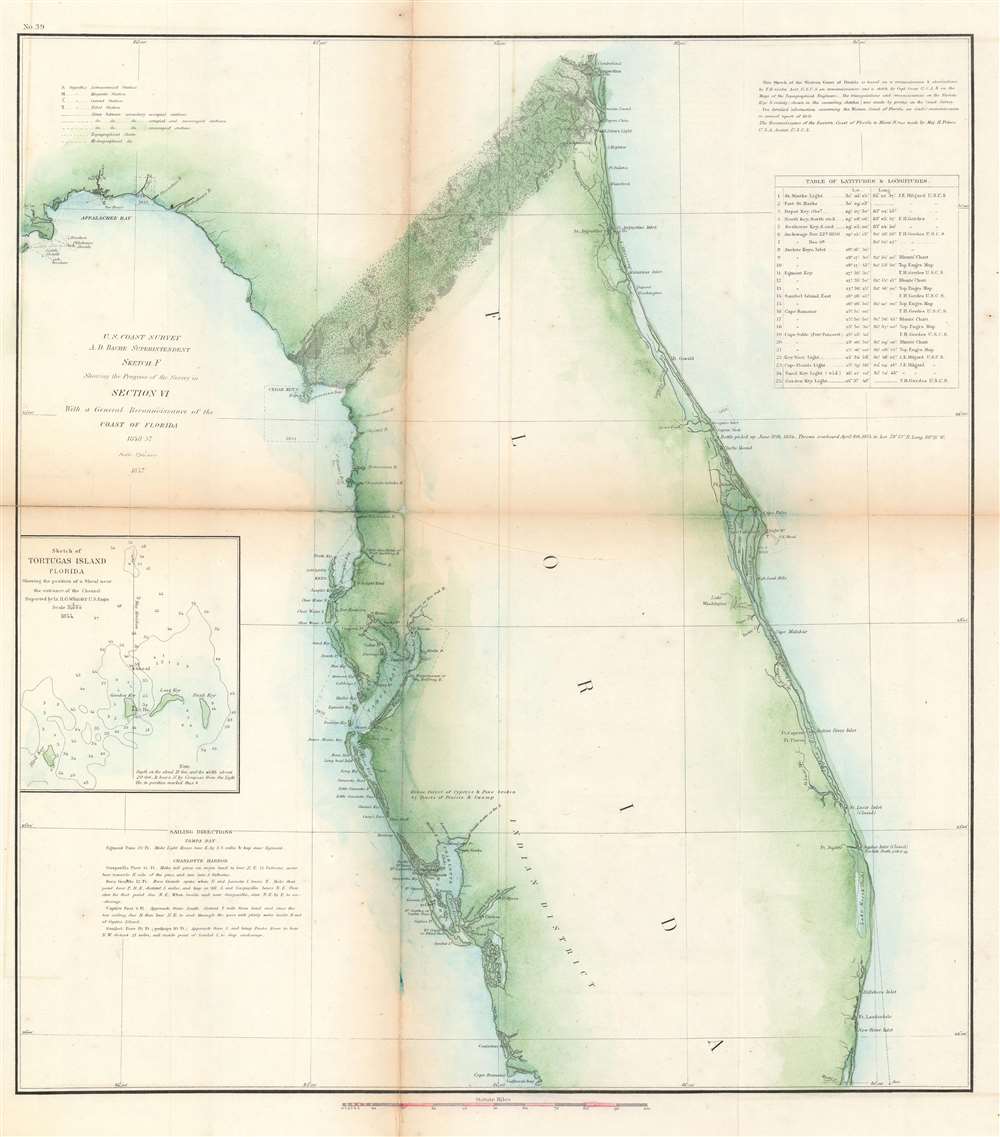 This is a rare 1857 U.S. Coast Survey chart of the Florida coast. The map depicts the region from Appalachee Bay to the Atlantic Ocean and from Amelia Island to the Miami River and Gullivan's Bay, not quite reaching the southern tip of Florida. Triangulation surveys are indicated in Tampa Bay, St. Joseph's Bay, and off the coast of St. James' Island. An inset in the lower left quadrant details Tortugas Island. An interesting swath of inland detail between St. Mary's and the Cedar Keys is present – indicating a rather early state of the Florida survey. Several interesting notations along the eastern coast of Florida reference bottles being dropped and retrieved, which is presumably an early technique for measuring currents. Sailing instructions for Charlotte Harbor and Tampa Bay are situated in the lower left quadrant. The upper right quadrant features a table of latitudes and longitudes for important points along the coast.

This map was created under the supervision of A. D. Bache, one of the most active and influential Superintendents of the U.S. Coast Survey, for published in the Report of the Superintendent of the United States Coast Survey in 1857.

Very good. Backed on archival tissue for stability. Minor wear and toning on original fold lines. Blank on verso.
Looking for a high-resolution scan of this?