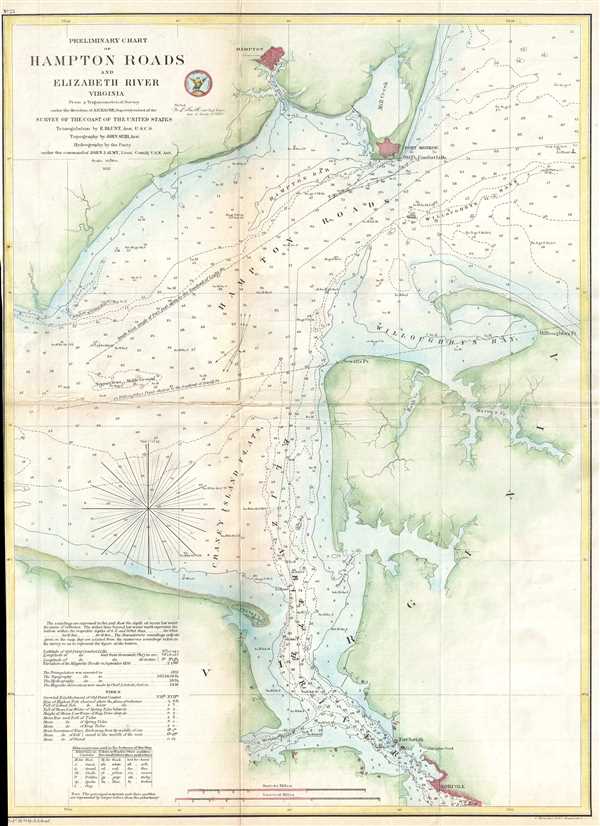 This is a hand colored 1857 U.S. Coast Survey nautical chart or map of Hampton Roads, Virginia. The map depicts from Hampton, Virgina to Norfolk, Virginia. Myriad depth soundings are indicated. Both Fort Monroe and Fort Norfolk are labeled. The Elizabeth River flows past Norfolk, Virginia and empties into Hampton Roads. Hampton Roads comprises the Virginia Beach-Norfolk-Newport News metropolitan area. It is an important entrance to the James River.

Very good. Some wear and toning on original fold lines. Backed with archival tissue for stability.