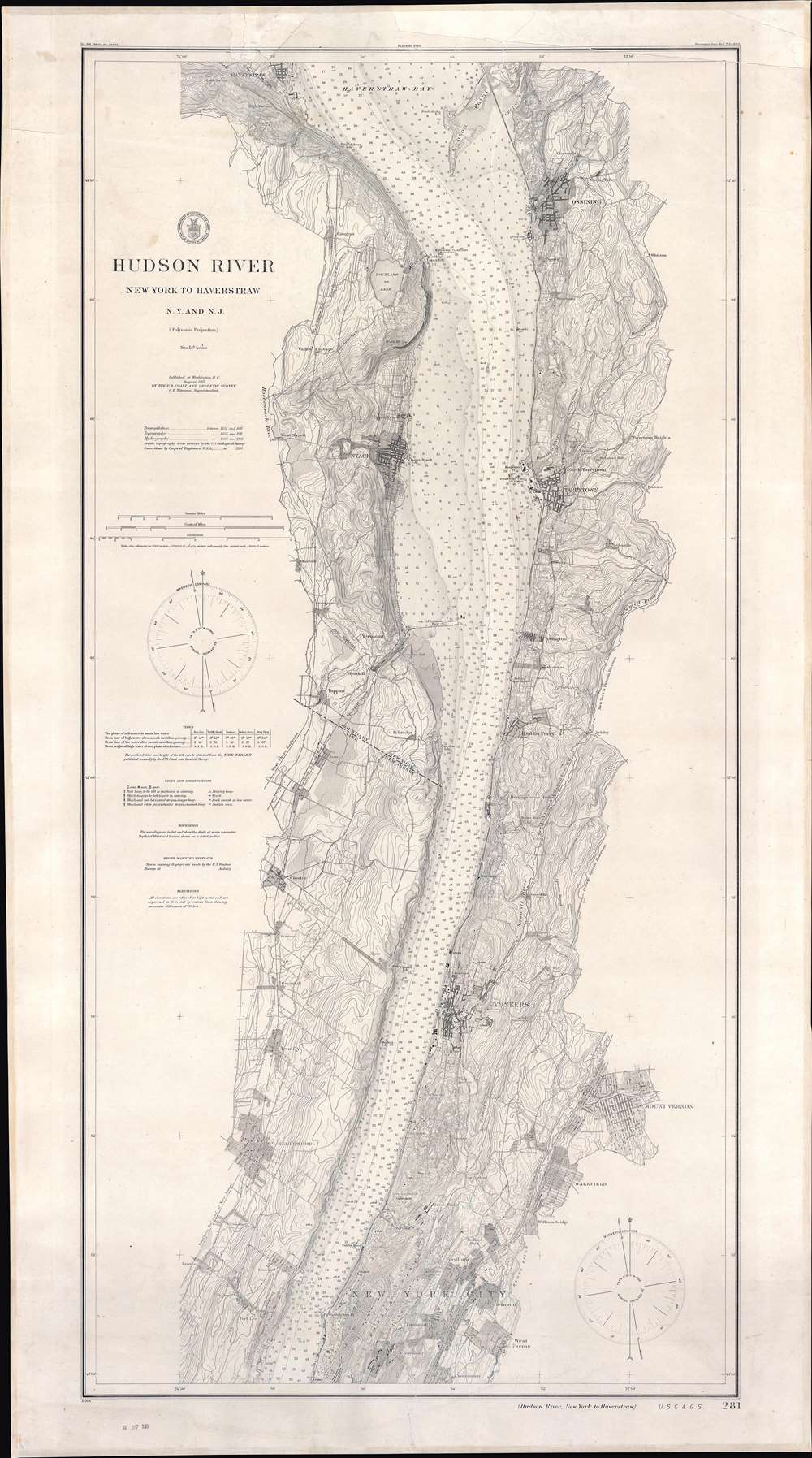 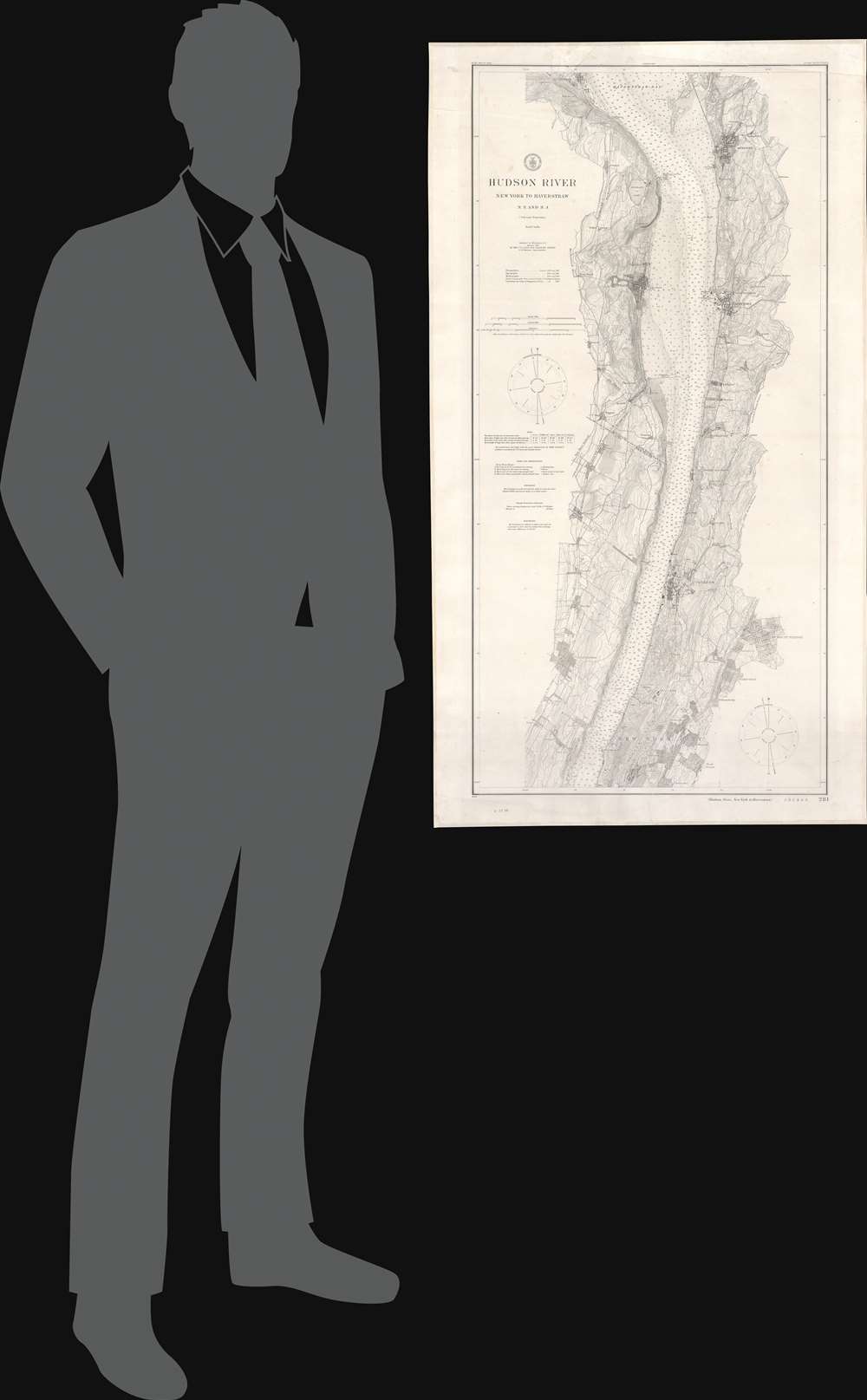 A nautical chart of the Hudson River.

This is a 1911 U.S. Coast and Geodetic Survey nautical chart of maritime map of the Hudson River. Detailed coverage extends from Haverstraw, New York, south to just below Fort Washington Point (where the George Washington Bridge stands today). Outside New York City, the towns of Ossining, Nyack, Tarrytown, Dobbs Ferry, Yonkers, Mount Vernon, Englewood, and Wakefield are all labeled. Within New York City, Fordham, Belmont, West Farms, Tremont, Claremont, Morrisania, and Inwood are identified. Depth soundings in feet appear throughout. Railroads along the river's banks, including the New York Central and Hudson River Railroad , are illustrated as well. The Croton Aqueduct is noted.

This map was created and published by the United States Coast and Geodetic Survey in 1911. We note two cataloged examples in OCLC, part of the collections at Columbia University in the City of New York and the Buffalo and Erie County Public Library in Buffalo, New York.