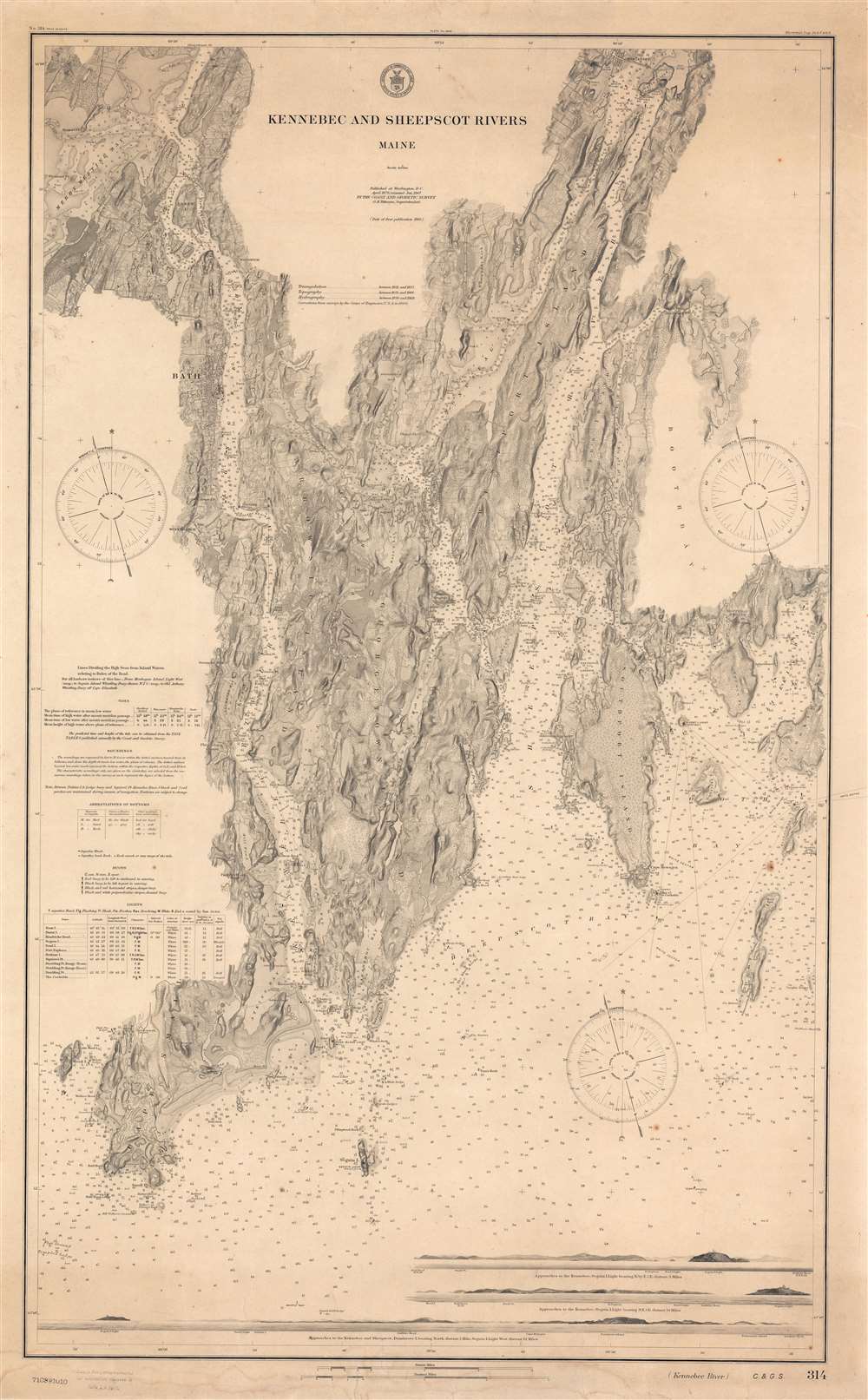 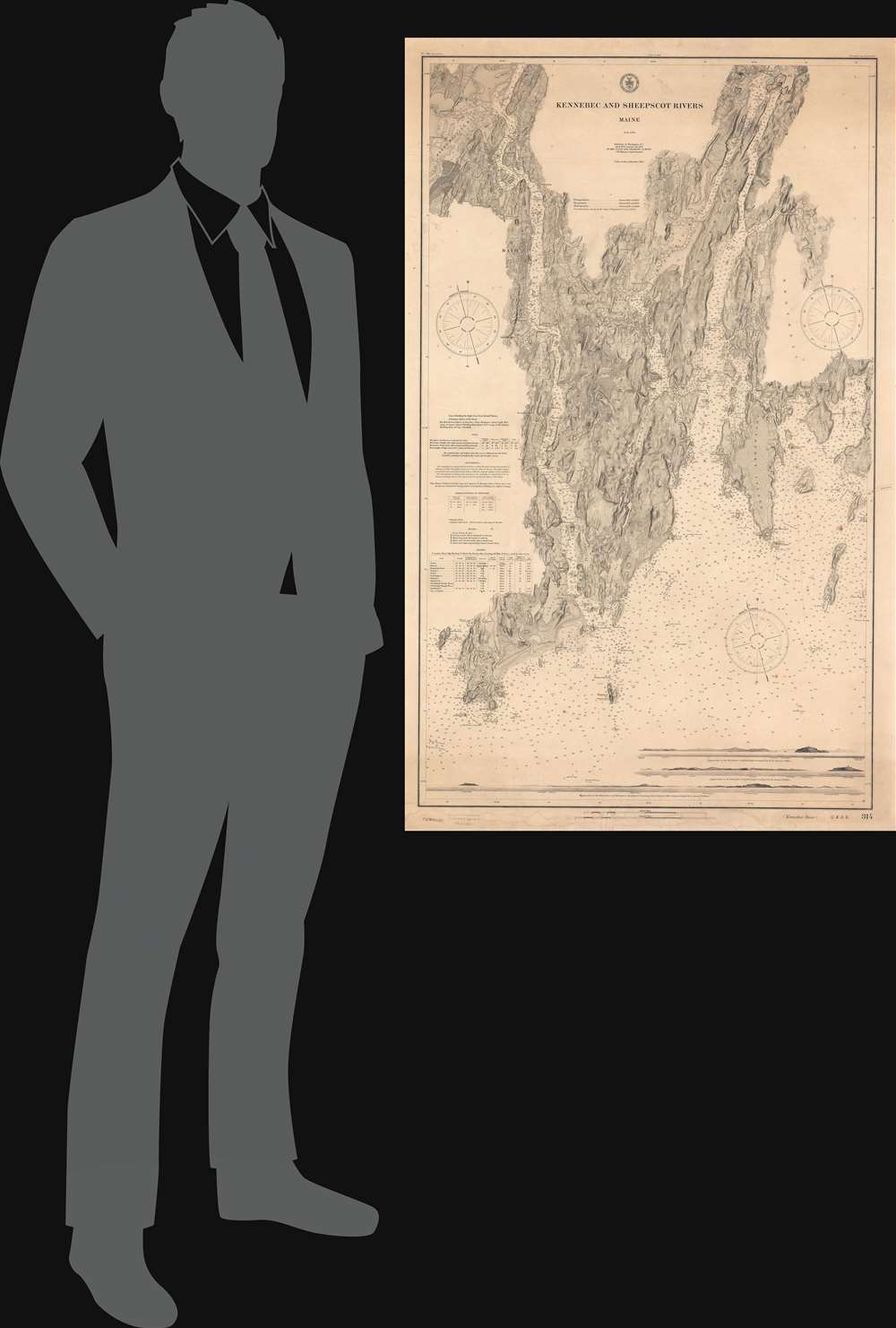 A striking 1910 nautical chart or maritime map of the Kennebec and Sheepscot Rivers, Maine. Representing the culmination of the Coast and Geodetic Survey's work in the region, coverage extends from Cape Small and the mouths of both rivers, north as far as Wiscasset (considered one of Maine's most beautiful small towns). Named towns include Bath, a regional shipbuilding center, and the fishing port of Boothbay Harbor. Along the bottom there are three land profiles offering different views of Seguin Light. Countless depth sounding and practical information for the mariner fill the waters. This is a separate issue nautical chart, intended for maritime use, and is thus considerably more developed than earlier folding examples of the chart issued for the Survey's annual reports.

This chart was first issued in 1868. It inherits its general form from earlier charts issued in the 1850s and 1860s by the U.S. Coast Survey, but is much expanded with exceptional geodetic detail inland. The present example was reissued under the supervision of Otto Hilgard Tittmann, Superintendent of the Survey. It bears major updates to 1909, and minor updates to 1910. Uncommon thus.

Good. Some toning and soiling.
Looking for a high-resolution scan of this?