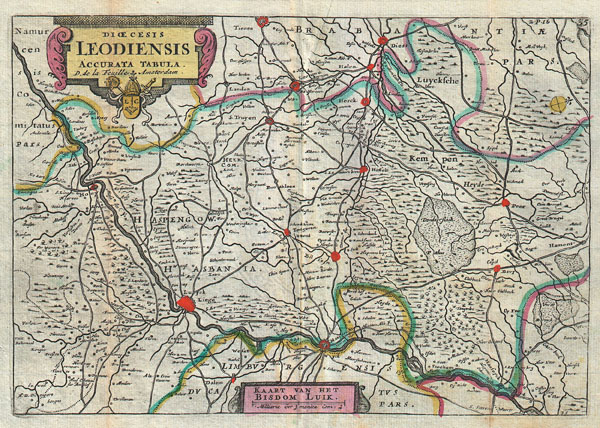 A stunning map of Leodiensis or the vicinity of Liege, Belgium first drawn by Daniel de la Feuille in 1706. Depicts from Hoey in the west eastward as far as Peer, southward as far as Dalem and northwards as far as Tienen. Latin title cartouche in the upper left quadrant features baroque decorations and an armorial crest. Dutch titlearea at bottom center. This is Paul de la Feuille's 1747 reissue of his father Daniel's 1706 map. Prepared for issue as plate no. 39 in J. Ratelband's 1747 Geographisch-Toneel.