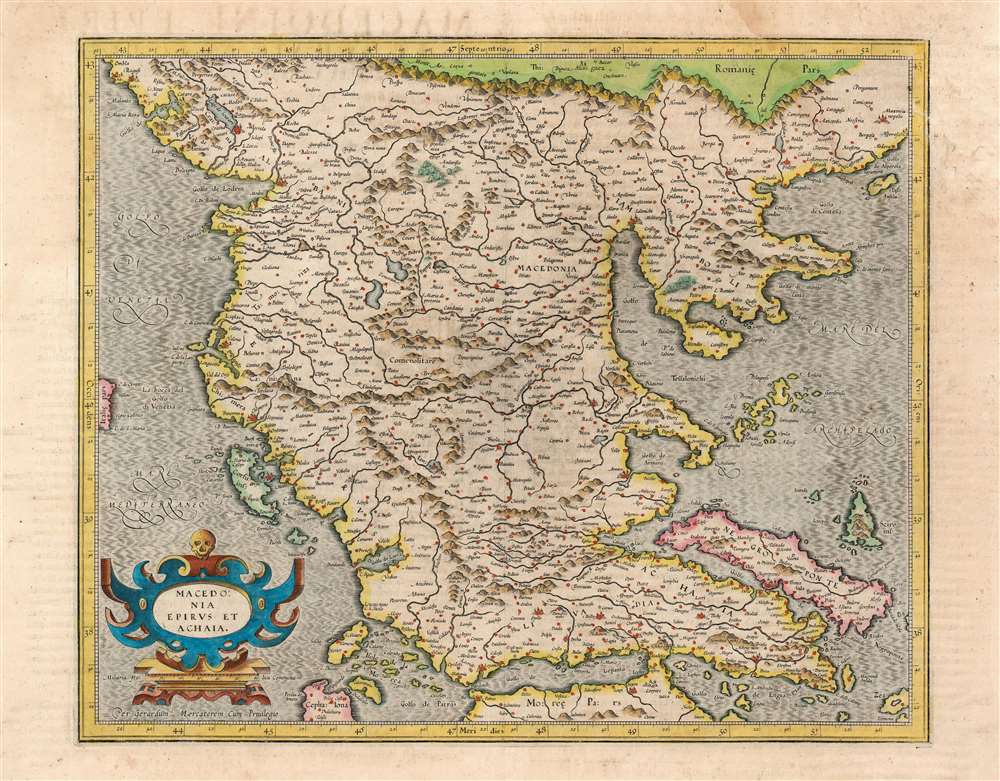 A Beautiful Map of Greece and Macedonia

This is a 1613 map of Greece north of the Pelopponesus, engraved in 1595 by Gerard Mercator and included here in a 1613 edition of Jodocus Hondius' Atlas. It shows present day Thrace, Macedonia, Epirus, Thessaly, Euboea and Central Greece, including the island of Corfu and the northern shore of the Peloponnese. Mercator's superb engraving is displayed in the water and mountain areas; the map is further embellished with an attractive strap work cartouche.

There are two examples of the 1613 French edition of the Mercator/Hondius Atlas, and other editions are well represented. Perhaps a dozen examples of the separate map appear in institutional collections. The map appears on the market with some regularity.