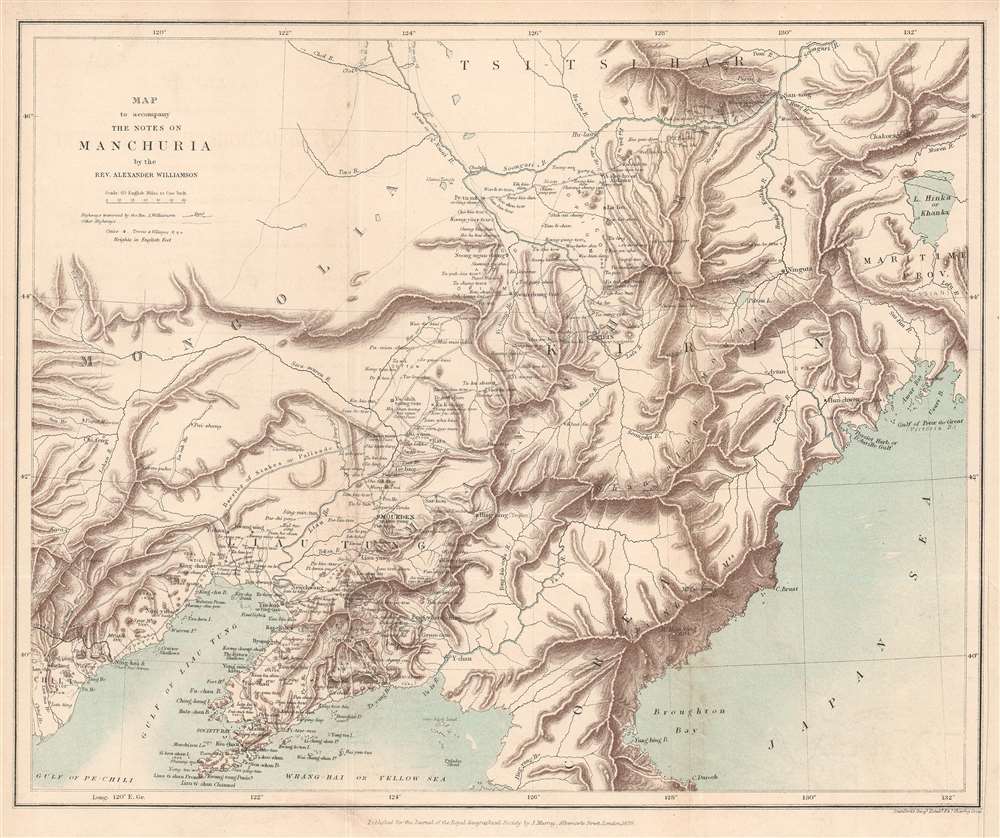 This is an 1870 John Murray map of Manchuria, China - a region that within 20 years would become the stage for a global power struggle between Imperial Japan, Qing China, and Tzarist Russia. The map was drawn to accompany a paper written by Reverend Alexander Williamson and published in The Journal of the Royal Geographical Society. Parallel lines trace Williamson's travels through the region. Cities, towns, and villages are labeled throughout, including Mukden (Shenyang). The region's impressive topography leaps off the page, and its extensive river network is well illustrated. Part of the Willow Palisade (labeled here as Barrier of Stakes or Palisade) appears and traverses a southwest-northeast line through the map's center. The Willow Palisade, a system of embankments and ditches planted with willows, was built by the Qing in the late 17th century and separated traditionally Manchu areas from Mongol territory.

Alexander Williamson (December 5, 1829 - September 1890) was a Scottish Protestant missionary and member of the London Missionary Society, who spent years working, studying, and traveling in China. After attending Glasgow University, where he completed his theological studies, he applied to the London Missionary Society mission to China. Williamson traveled through Manchuria three times in the 1860s.

Williamson, A., 'Notes on Manchuria', The Journal of the Royal Geographical Society Vol. 39 (London: John Murray) 1869.