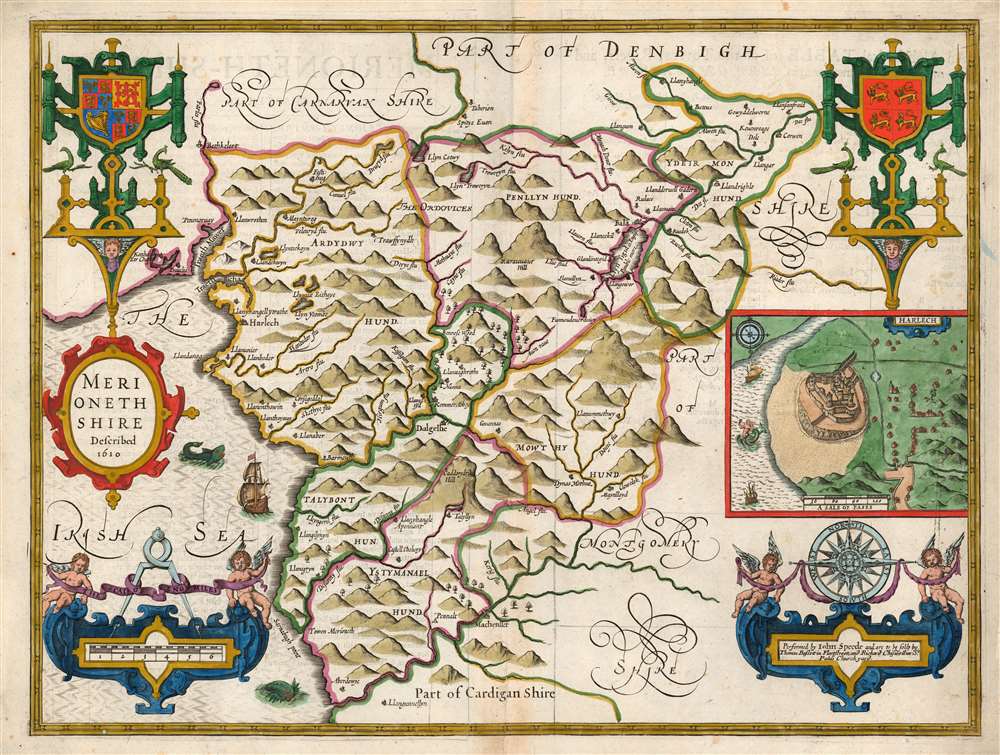 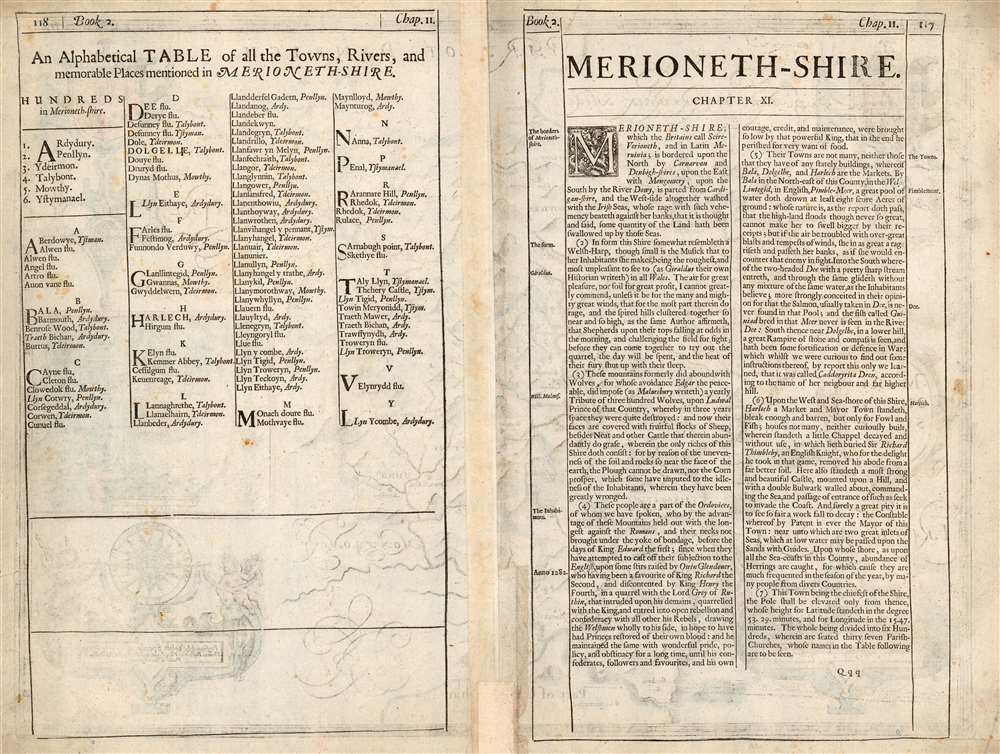 This is John Speed's map of the county of Merionethshire, Wales. It was included in Speed's The Theatre of the Empire of Great Britaine. Despite its depicting one of the most sparsely-populated counties of the United Kingdom, the map is richly detailed, showing towns, castles, forests, and lakes. The countryside's mountainous terrain is illustrated pictorially. An inset plan in the center right shows the town of Harlech, whose castle dominates the image much as it does the legend of the town, its famous siege being immortalized in song. Just offshore, the sea facing the castle sports a mermaid.

The map is decorated with the Royal Arms of England (at the upper left) and the arms of Gwynedd (in the upper right.) Both the scale cartouche and the imprint are decorated in strapwork, flanked with Putti

This map was engraved by Jodocus Hondius in 1611 for inclusion in John Speed's The Theatre of the Empire of Great Britaine, published in London by Sudbury and Humble in 1614. It continued in publication in the atlas in all its editions, including those that were bound together with Speed's A Prospect of the Most Famous Parts of the World. This example bears the imprint of Basset and Chiswell, whose edition of Speed's atlases was published in 1676. Perhaps twenty-one examples of the separate map, in various editions, appear in institutional collections. Five examples of this Bassett and Chiswell edition are cataloged in OCLC.