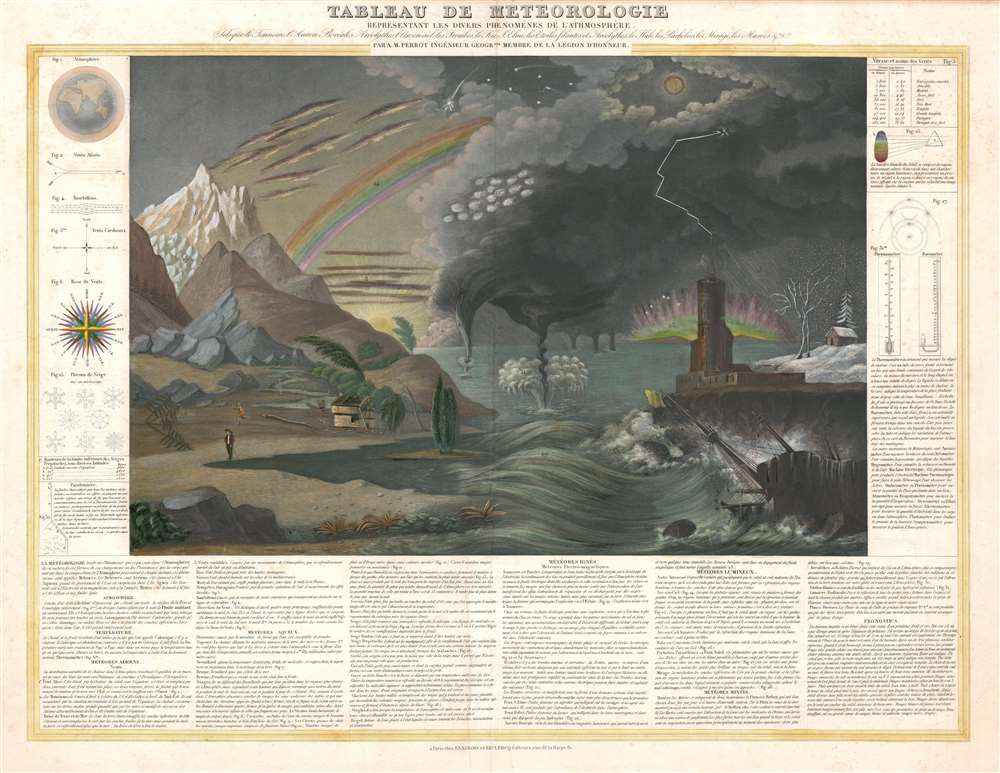 This is an 1844 Aristide Michel Perrot chart of weather phenomena. The chart combines illustrations of over two dozen different weather phenomena, including lightning, tornadoes, rainbows, the Northern Lights, and clouds. Different phenomena are identified below the central image, with the name of each phenomenon and a short explanation provided, some of which even refer to a specific part of the central image and provide the corresponding number. Various figures are included along the left and right borders, the first of which, the atmosphere, is provided as a basis for understanding of all the phenomena explained in the chart. A wind compass, snowflakes, and a lightning rod are depicted along the left side, while thermometers and the rainbow effect are explained along the right.

This chart was created by Aristide Michel Perrot and published by the Langlois and Leclercq firm and the Basset firm in 1844. This chart is not cataloged in OCLC and is extremely rare on the private market.

Very good. Even overall toning. Light wear along original centerfold and along edges. Exhibits foxing.
Looking for a high-resolution scan of this?