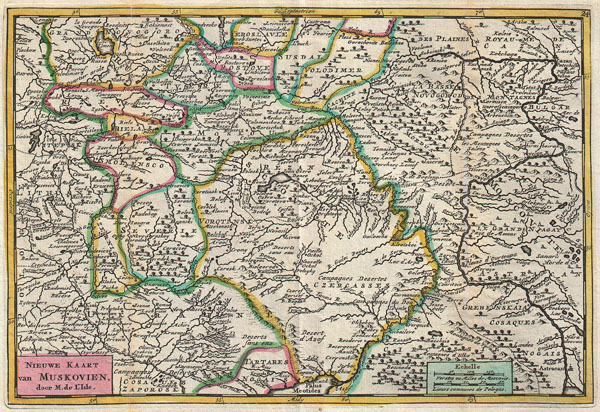 A stunning map of central Russia or Moscovie (Muskovien). Drawn by Daniel de la Feuille in 1706 based upon an earlier map by De L'Isle, who is credited in the title. Focuses on the territories surrounding the Russian capital city of Moscow. Includes parts of Lithuania. Title appears at the bottom left in Dutch. This is Paul de la Feuille's 1747 reissue of his father Daniel's 1706 map. Prepared for issue as plate no. 29 in J. Ratelband's 1747 Geographisch-Toneel.